The Betfred Challenge Cup quarter finals get underway this weekend, starting tonight (Friday 8th April), with Castleford making a trip to Craven Park, where Hull KR will be hoping for a first semi-final appearance since their run to the final back in 2015.

The headliner of the weekend is Catalans Dragons vs St Helens over in Perpignan, a rematch of last year’s Super League Grand Final, with the Dragons having the toughest opponent they could face this season standing in front of their place in the next round.

St Helens head coach Kristian Woolf will be heading to the sunny south of France hoping that they can replicate their 28-12 opening day win this season. However, they’ll be without their star winger Regan Grace, who picked up a hamstring injury that’ll leave him out for around a month. 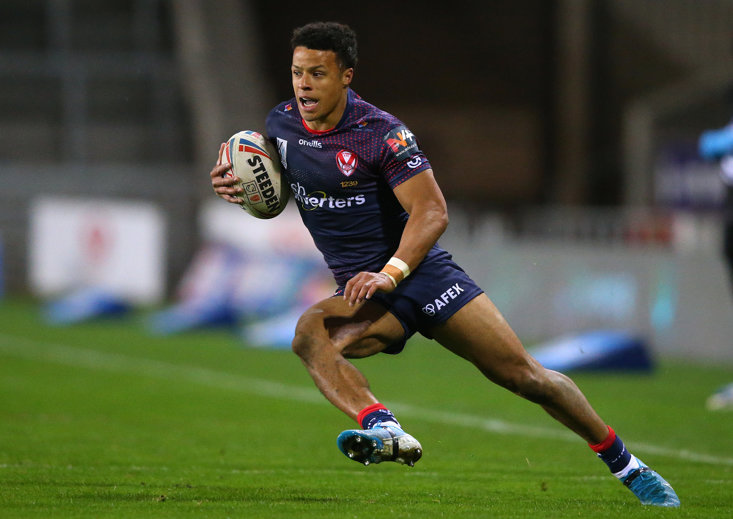 Konrad Hurrell, who dominated the Catalans defence back in February, will no doubt play a vital part for Saints on Saturday, while Tommy Makinson managed to get on the scoresheet twice at the affair at the Totally Wicked Stadium.

Woolf also confirmed the return of four key men for the Saints side, with Matty Lees, Alex Walmsley, James Bell and Will Hopoate all returning to the fold after spending time on the treatment table.

Catalans Dragons became the first non-British side to win the Challenge Cup back in 2018 and Steve McNamara will be hoping to replicate the success by getting past the favourites this year.

The Dragons head coach was more than thrilled to see that the BBC cameras have headed to the Stade Gilbert Brutus for this weekend’s game, as well as the French national TV stations covering the game.

“It’s the quarter-final of the Challenge Cup and I think it’s awesome that the BBC have come across. It’s going to be on national television in France.”

Saints most recent venture across the channel ended in defeat as Super League new-boys Toulouse managed to get their first win of the season against the Champions, which doesn’t fare well with the Dragons current unbeaten home run since the start of the season.

Win Or Bust For Wigan

Matty Peet’s side currently have just one loss to their name in an impressive season so far for the Wigan Warriors, however there is a feeling that expiring contracts could haunt them at the end of the season.

The Cherry and White’s top signings in recent years like Bevan French, Zak Hardaker and Jai Field were all going to leave the club at the end of the season, however Field extended his contract this week, meaning that their current star-man and full-back will be able to continue to aid the team going into next season. 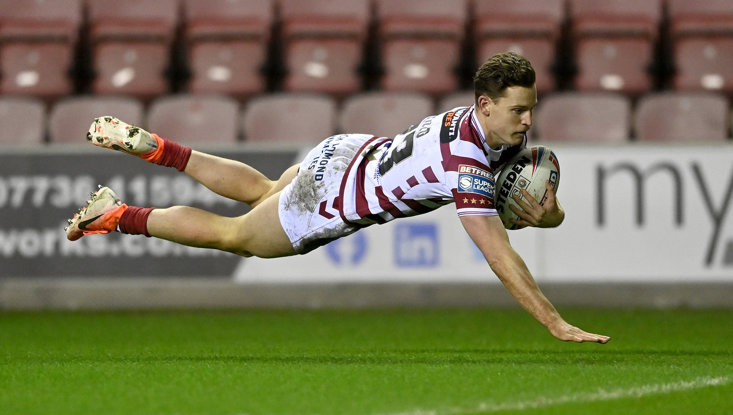 Hardaker has filled in on the wing and as a centre at times for the Warriors and French has only just returned from a lengthy hamstring injury that saw his season end early last year, but early indications are that he will also be utilising his incredible pace on the wings this year.

With the Yorkshireman and Kiwi both evidently heading for the exit, it would be important for Peet to utilise his star players while he still has them, and targets silverware after a four-year trophy drought.

Wakefield will provide a key test for the Warriors this weekend, with the Dreadnoughts having already knocked out a giant, Warrington, in the last round, over at the Halliwell Jones Stadium.

The Belle Vue is a tough ground for Wigan, who lost last season 14-6 under Adrian Lam. Willie Poching’s side are a tough test for anyone with great physicality and a home crowd that love big tackles and big games. With a win on Sunday, they can make it five games in a row unbeaten, a great run for Trinity as they try to align their ambitions for the season on and off the pitch.