Saints remain this season’s benchmark with a four-point lead over bitter rivals Wigan Warriors at the Super League summit. But their recent form has been alarmingly patchy, with a thumping defeat at Salford Red Devils on Sunday highlighting an unexpected wobble.

“We are extremely disappointed. We hold ourselves to really high standards, we do that every week and we show a real commitment to that every week. For whatever reason we haven’t done that against Salford or Wakefield and that is something we have to figure out,” Woolf told The Sportsman.

“We as a team pride ourselves on defence, hard work and effort. It is very uncharacteristic and well below the usual standards of commitment we set for ourselves. It’s certainly not something I saw coming either. We need to be really honest with ourselves to turn it around.”

Woolf has not been helped by injuries, losing rugby union-bound Regan Grace and Curtis Sironen at the weekend, with influential young half-back Lewis Dodd already a long-term absentee.

Veteran hooker James Roby filled in in the halves against Salford and was ruthlessly exposed by wily Salford playmakers Brodie Croft and Mark Sneyd as the Red Devils put in a breathtaking attacking display to which the champions had no answer. 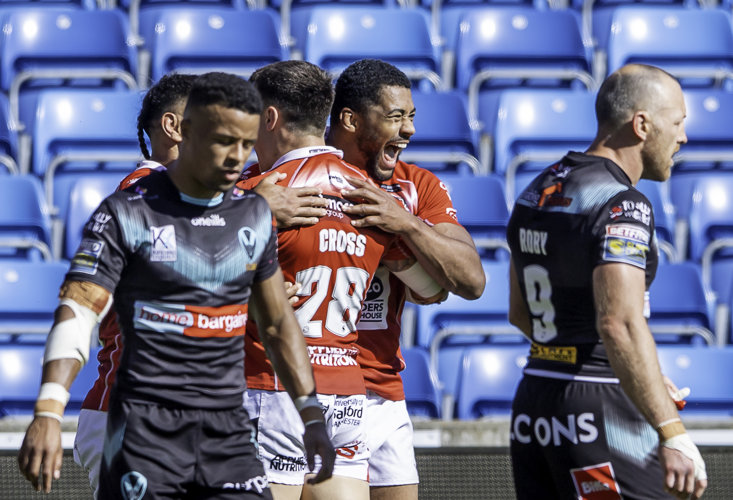 But every team suffers injuries, more so in a brutal game like rugby league than most other sports, and Woolf is adamant that the reasons for concern, and areas that need correcting, lie elsewhere. Indeed the head coach believes the recent issues have been in their attitude and effort, which is most unlike Saints.

“If you don’t start a game with the right attitude then it can snowball on you and be too hard to turn around. We have to be better. We have always had desire and commitment to make sure teams don’t score points and that is what we didn’t have against Salford.

“It’s a kick up the backside and something to really sink our teeth into in terms of hard lessons. We need to have a good honest look at ourselves and where we are at. We got away with one against Wakefield so have been off two weeks in a row.”

Woolf insists uncertainty over his own future - as links with a job in the NRL persist - have had nothing to do with a drop in standards from his playing group.

So what has prompted the champions’ mini blip?

“I’m not sure why we have dropped off the way we have, but we need to make sure we turn it around really quickly.

“We are a champion team and part of being a champion team is finding a way to get through things and living by the same standards every week. We have done a terrific job of that which is why we are sitting at the top of the ladder.

“You can have bad days but what we pride ourselves in is commitment and effort so we have to have an honest look when we are well beaten in those areas.”

After a difficult and honest review of the Salford game, Woolf will patch up the league leaders for a huge clash with playoff-chasing Castleford, live on Channel 4 this weekend.