According to reports this week, members of the European Club Association, which include most participants in European competitions across nearly every league on the continent, have collated a proposal to reform the premier continental competition, the UEFA Champions League by qualifying via coefficient ranking.

As it stands, the current method of qualifying for the Champions League via league positions in respective leagues or by winning the Europa League/Champions League is going to be worth a lot less, as two teams will now be qualifying based on their UEFA Club Coefficient ranking.

The Coefficient rankings are calculated on the results of clubs competing in the five previous seasons of the UEFA Champions League, Europa League and Europa Conference League, with the rankings being used to determine the seeding of each club in their competition draws.

Thanks to this new system, teams that fail to finish in the correct league positions for the Champions League would automatically find themselves inside Europe’s Premier Competition, without any achievement or sporting merit being had along the way. 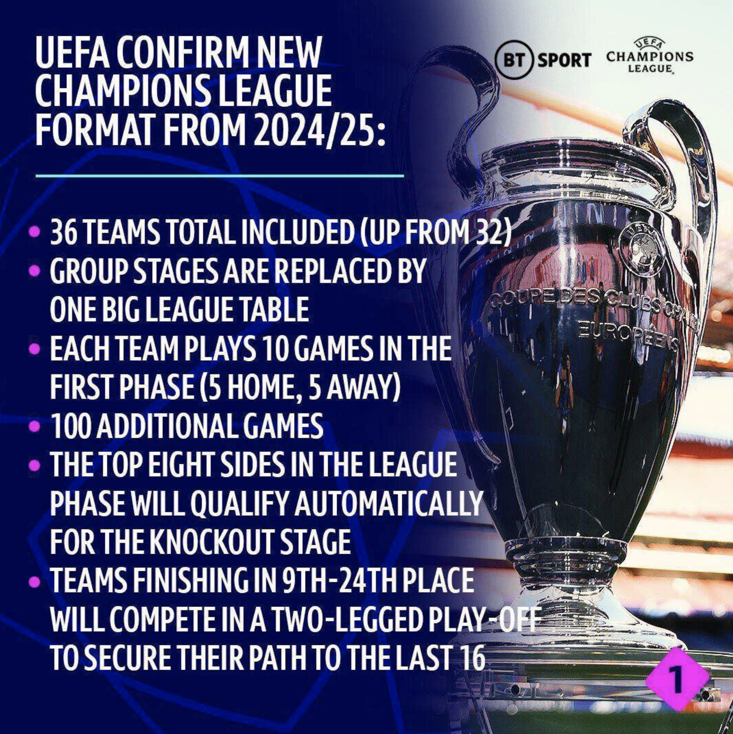 An example of this could be taken from this year’s Premier League season, where if West Ham were to finish fifth ahead of Manchester United, Man Utd would bypass the Hammers and automatically sit in the new group stages. Obviously this isn’t something that can happen this season, so West Ham fans need not worry, until 2024.

This actually is not a new addition to the Champions League reforms. The idea that two teams can now enter the competition via club coefficient ranking has been part of UEFA’s package of radical changes to the UCL, alongside the new ‘Swiss’ format, that will be introduced to football fans in the 2024 season.

The proposals have proved to be divisive among fans so far, with many seeing this specific part of the reforms as a call-back to the European Super League, this time in the branding of UEFA, as an attempt to keep Europe’s elite in a league of their own above the rest of the teams attempting to infiltrate the Champions League in the hopes of one day winning it.

The latest reports surrounding the situation say that UEFA will not allow teams that qualify legitimately to be ‘leapfrogged’ by teams who meet their criteria to benefit, but they will not be removing the spots reserved in this rule.