Football
News
After an incredible decade, the Argentine has the perfect chance for a fairytale ending to life in Manchester
Conor Keane
09:02, 29 May 2021

On July 20 2011, Sergio Agüero was unleashed upon English football when Manchester City announced his £38 million capture from Atlético Madrid and the rest, as they say, is history.

Ten years on, he is about to bid farewell to his adopted home after an outstanding career in England. The last decade has seen (takes a deep breathe): 184 Premier League goals, 12 Premier League hat-tricks, five Premier League titles, one FA Cup, six League Cups, three FA Community Shields, one Premier League Golden Boot, seven Premier League Player of the Month awards and two PFA Premier League Team of the Year inclusions, cementing the Argentine’s legacy as not only one of the top flight’s elite but as one of the very best in the world. Put simply, Agüero will be a great loss to English football as well as Manchester City.

In his swan song appearance, he has the chance for a fairy-tale and poetic ending to life in Manchester. The Blue Moon could be rising over him one last time in Porto should City defeat Chelsea and lift the Champions League at the Estádio do Dragão. The famous trophy has always eluded him and the club, and now, at the end of his tenure with the Cityzens, he has one more chance to be a hero.

If City win, it would be a fitting way for him to say goodbye to the club and what would be even sweeter would be if he were to get on the scoresheet and perhaps even score the winner – the perfect way to sign off for a Manchester City legend. 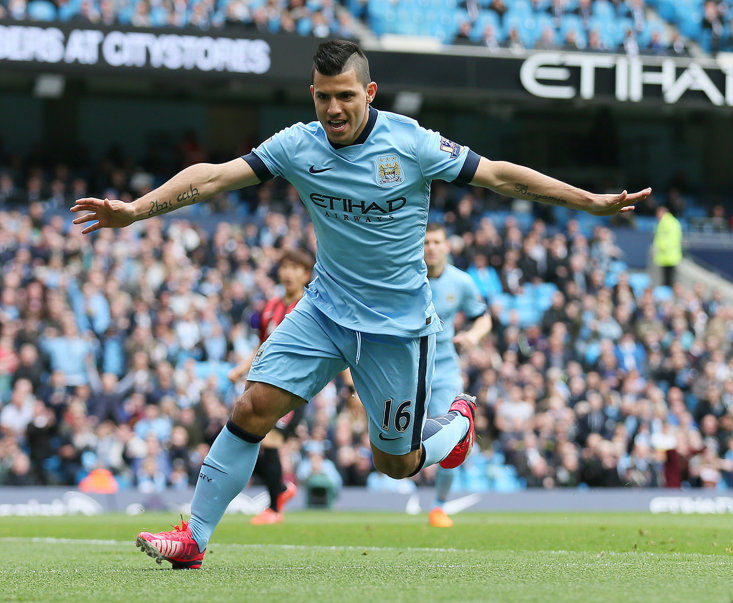 At the age of 23, he became City’s most expensive signing at that time, eclipsing the £32.5 million fee they paid for Robinho in 2008. It was clear from the beginning that the striker’s heart was Sky Blue, for Manchester and his beloved Argentina. Before the club unveiled his capture, he had already revealed himself to the blue half of Manchester by tweeting: “I’m already a City player. Happy to be in this club and this city.”

Originally handed the number 16 shirt, 'Kun' made his Premier League debut at the Etihad Stadium against Swansea City. After coming into the fray around the hour mark, Agüero announced himself in Manchester. Within nine minutes he opened his City account, before later assisting David Silva and scoring a beautiful 30-yard-strike to grab his second of the game as the hosts won 4-0. Fans and journalists alike were amazed at what they had just witnessed with some saying it was one of the best debuts in English football. Everyone inside the stadium knew Agüero was going to be something special.

It only took him one month after that match to score his first Premier League hat-trick against Wigan Athletic. Of course, he is now the Premier League record holder for most trebles with an astonishing 12 – one more than the Premier League’s all-time top goalscorer Alan Shearer, which tells you a lot about the legacy the Argentine is leaving behind.

In a dramatic end to his debut season, he finished with 22 league goals when, from 2-1 down in added time against QPR, Agüero scored City’s third on the infamous time of 93:20 to secure their first Premier League title, snatching it away from the grasp of bitter rivals Manchester United.

Having played under three different styles under managers Roberto Mancini, Manuel Pellegrini and Pep Guardiola, change never fazed Kun, who was always able to do what he did best and score goals for his team. Guardiola’s reputation preceded him upon his arrival in Manchester, and Agüero knew how demanding he would be as a coach for work out of possession. The striker had to adapt his game to the Spaniard’s philosophy and, while there were games when he did not feature, he still managed to shine and deliver when called upon. 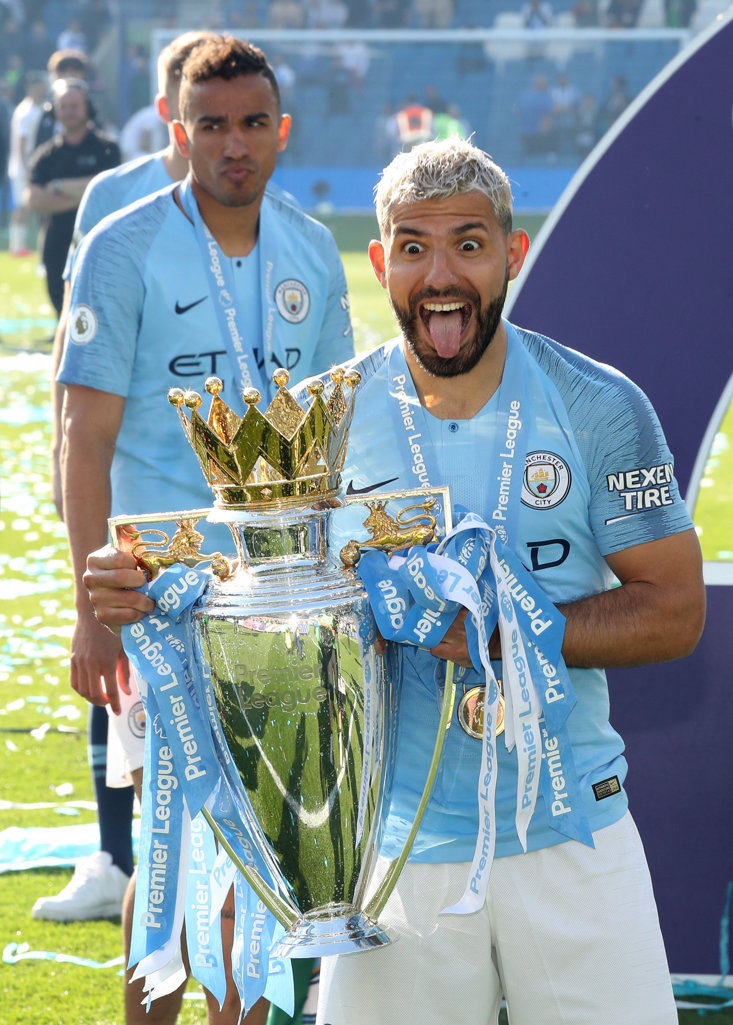 Although he did not start his final Premier League game at the Etihad, the build-up and guard of honour was emotional. With a select number of fans in attendance able to show their gratitude and say thank you to a faithful servant, the Argentine did the same. In true Sergio Agüero style, he scored minutes after his introduction into the game before adding a second not long after that as he broke another record. He had beaten Wayne Rooney’s mark for most goals scored for a single club, with his second against Everton taking his total to 184.

A wonderful sight to behold for those fans inside the Etihad after a lengthy period away. It was a shame he was unable to make it one final hat-trick and further extend his lead in the charts. Nonetheless, the fans were elated and so was Agüero, who had stepped onto the Etihad turf as a City player for the last time.

Overwhelmed with emotion after the game, Guardiola told Sky Sports: “We cannot replace him. We cannot,” the Spaniard knowing too well what the striker has done for this club on a consistent basis for 10 seasons at the highest level.

He is part of a select number of strikers from this generation who completely revolutionised the role of a centre-forward. His sublime technique and artistry, as well as his work-rate, will have a lasting impact on football in years to come. He has been an absolute pleasure to watch.

Just like Vincent Kompany and David Silva, the name Sergio Agüero will forever be remembered across the blue side of Manchester, and it will always be heard ringing out across the stands of the Etihad.