Chantelle Cameron showed her star quality as the headline act on Saturday night’s card at the 02 Arena, beating Mary McGee by unanimous decision to become unified WBC and IBF super-lightweight world champion, whilst also adding the Ring Magazine title to her collection.

The Northampton native, who moves to 15-0 (8), had big shoes to fill after the cancellation of Dillian Whyte’s heavyweight showdown with Otto Wallin, but seized her moment under the lights to win with scorecards of 100-90, 99-91 and 99-92 and put herself within touching distance of undisputed glory.

The fight, which was also a semi-final in Matchroom's Road to Undisputed tournament where the winner will cement themselves as the number one women’s fighter at 140lbs, was explosive from start to finish and was more than worthy of it’s top-billing on a thoroughly enjoyable night in the capital.

It was far from a straight-forward night at the office for the unbeaten Cameron though and she was given the toughest test of her career by a very game McGee. Her American opponent had said pre-fight that she would take the fight to Cameron, and made good on that promise from the offset. 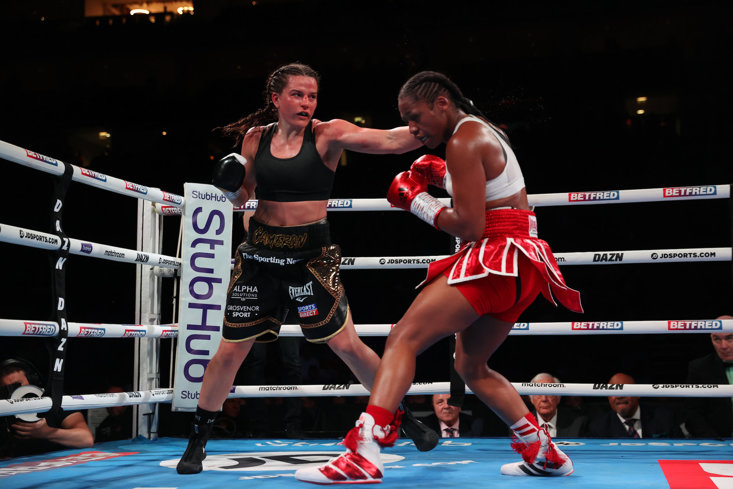 Technically, she may be raw, but the Indiana native’s chin, engine and sheer determination made for a fun firefight across the ten rounds. Cameron’s trainer Jamie Moore even joked after the fight that she “was like the Terminator, the way she kept coming and coming.”

It was Cameron’s night however, and she was certainly the deserving winner overall, out-working and out-manoeuvring her, at times, lead-footed foe with ease and landing the cleaner shots throughout. Next up is the winner of Road to Undisputed’s other semi-final between Kali Reis and Jessica Camara, where the WBO and WBA titles will be on the line on November 19th.

Speaking after the fight Cameron said, "She was tough, she took some shots, I always thought she'd be tough and powerful, she's a really tough girl.

"It doesn't matter who I face next I'm taking the belts anyway."