Boxing
News
Here are five stories you might have missed from a busy weekend in the world of boxing
Kieran Spratt
14:25, 21 Jun 2021

The son of one of boxing’s greatest stars was outclassed by an icon of the Octagon, Naoya Inoue continued his monstrous reputation as a body-puncher, and Floyd Mayweather has some very interesting thoughts on the current landscape of boxing. Here are five stories from inside and outside of the ring that you may have missed this weekend.

Former UFC middleweight champion Silva has now fought three boxing matches across his career, losing in 1998, winning in 2005 and adding a second win this weekend.

24 hours before the bout, Chavez Jr came in 2.4lbs over the 182lbs limit, which resulted in the Mexican paying a $100,000 fine to the opponent who then beat him. Ouch.

Naoya 'The Monster' Inoue demonstrated once again why he is widely-regarded as the best bodypuncher in the sport, with a devastating three round flattening of Michael Dasmarinas in Las Vegas.

The three-weight world champion retained his IBF and WBA bantamweight titles after scoring a trio of nasty knockdowns from bodyshots on his Filipino opponent, who is trained by Manny Pacquiao, the third of which sent him crumbling to the canvas for a final time. Japan’s Inoue has now recorded 18 knockouts in 21 professional bouts.

"I prepare myself to knock them out, whether with a head shot or a body shot. I came prepared and to get a win by knockout is good for me,” said Inoue after the fight.

Nonito Donaire To Take On John Riel Casemiro In August

Elsewhere in the bantamweight division, WBC champion Nonito Donaire continues to impress despite being in what many would call the twilight of his career after signing on to fight WBO champion and fellow Filipino John Riel Casemiro on August 14 in a mouthwatering unification clash at 118lbs. 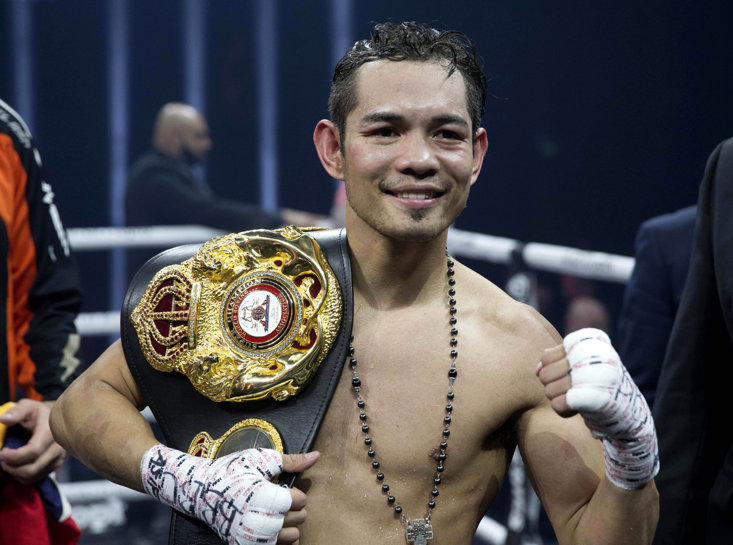 The four-weight world champion, 38, steps in for former adversary Guillermo Rigondeaux, who stepped aside from the fight with Casemiro, with the Cuban being set up to fight the unified winner instead. Rigondeaux pulled the brakes on Donaire’s rise to superstardom in 2013, ending a 12 year unbeaten streak by unanimous decision. Should Donaire pull off an upset against Casemiro, he will have the perfect opportunity to gain revenge.

Floyd Mayweather Blast Number Of Belts And Titles In Boxing

Floyd Mayweather Jr has blasted the current landscape of boxing, citing that the proliferation of world champions and belts are damaging the sport. The 50-0 boxing great has a history of dividing fight fans with his comments but on this, the self-proclaimed ‘TBE’ (The Best Ever) has hit the nail on the head.

"There’s too many champions in the sport of boxing right now," the former five weight world champion said at a Showtime Boxing event.

“Too many champions. It’s no such thing as a super champion, not at all. And I’m not taking anything away from no fighter. It’s too many belts.

"And the reason why it’s too [many], let me tell people what’s going on in the sport of boxing, why there are so many different titles and so many different belts. People don’t know you have to pay, for every belt you win, there’s a sanctioning fee. 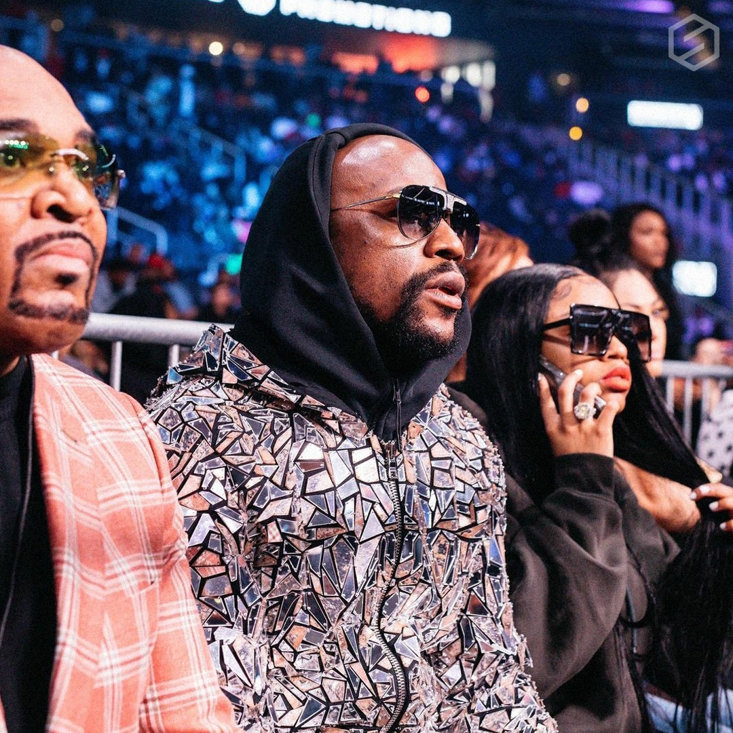 The American won by unanimous decision in a mostly one-sided bout in his hometown of Houston, scoring 120-108, 119-109 and 118-109 on the judges’ scorecards. Charlo, now unbeaten in 32 fights, then set his sights on IBF middleweight champion Golovkin and WBA, WBC and WBO super-middleweight champion Canelo.

x
Suggested Searches:
Manchester United
Liverpool
Manchester City
Marcus Rashford
Premier League
More
boxing
Leigh Wood “Fully Focused” Ahead Of Featherweight Showdown With...
Featherweight Leigh Wood, 24-2 (16), has a huge task ahead of him as he looks to snatch Xu Can’s [ ... ]
boxing
Luke Campbell Announces Retirement, Five Boxing Stories You...
Conor Benn’s clash with Adrian Granados is off, Canelo is looking to step back up in weight and [ ... ]
boxing
What's Next For Joe Joyce After Stopping Carlos Takam Inside...
Heavyweight Joe Joyce stretched his unbeaten record to 13 wins, 12 by knockout, after stopping Carlos [ ... ]
boxing
Crawford Ordered To Fight Shawn Porter, Five Boxing Stories...
Terence Crawford finally has a fight in the pipeline, Logan Paul is targeting another legend of the [ ... ]
boxing
Joyce Should Forget The Winner Of AJ vs Usyk And Focus On Dangerous...
After a disappointing few months in the heavyweight division that saw a potential super fight between [ ... ]
boxing
Barry Hearn Says He Is ''Doubtful'' Anthony Joshua Will Ever...
President of Matchroom Boxing Barry Hearn has said he is doubtful that Anthony Joshua will ever fight [ ... ]
boxing
Usyk ''A Better Boxer'' Than AJ, Warns Former Olympian Anthony...
Oleksandr Usyk is a “better boxer than Anthony Joshua” and has the tools to beat the British [ ... ]
boxing
Why Oleksandr Usyk Could Prove To Be AJ's Toughest Opponent...
Before Anthony Joshua’s shock Madison Square Garden defeat to Andy Ruiz Jr in June 2019, there [ ... ]
boxing
Meet The Team GB Boxers Hoping To Strike Olympic Gold In Tokyo...
The landscape of Olympic boxing in Britain has changed in the last two decades, with medals now an expectancy [ ... ]
boxing
Spence Better Than Mayweather Says Pacquiao, Five Boxing Stories...
With highly-anticipated rematches, terrible tattoo bets and reignited rivalries, it’s been another [ ... ]
boxing
Josh Warrington Promises Revenge Over Mauricio Lara In September...
Josh Warrington will have the opportunity to avenge his sole professional defeat when he takes on Mauricio [ ... ]
boxing
Deontay Wilder vs Tyson Fury III Postponed, Five Boxing Stories...
Tyson Fury’s plans for 2021 have taken a further blow, Oscar De La Hoya wants to mix it with his [ ... ]
boxing
Ebanie Bridges On Breaking Down Barriers And Stereotypes Within...
Ahead of her showdown with Bec Connolly at Matchroom’s Fight Camp in August, Australian bantamweight [ ... ]
boxing
Riddick Bowe Set For Ring Return, Five Weekend Boxing Stories...
Jamel Herring and Shakur Stevenson could be in line for a super-featherweight showdown at the end of [ ... ]
boxing
Anthony Joshua Will Face ''Toughest Usyk We Could Ever See''...
Anthony Joshua will be facing a “real heavyweight” when he defends his world titles against [ ... ]
boxing
Josh Taylor On Nearly Quitting, Five Boxing Stories You Might...
Following a bumper weekend of boxing that saw Gervonta Davis, Vasiliy Lomachenko and Julio Cesar [ ... ]
boxing
Three Heavyweight Bouts Announced For Tyson Fury v Deontay Wilder...
With just over four weeks until Tyson Fury and Deontay Wilder share a ring for the third time, [ ... ]
boxing
From Hammering Holmes To Blitzing Berbick: Mike Tyson’s Five...
Like the eye of a tornado, there was a destructive beauty to Mike Tyson’s primal prowess [ ... ]
boxing
Mike Costello, Tony Bellew and Maya Jama Feature In DAZN's Star-Studded...
DAZN, along with Matchroom Boxing, have announced a brand-new set of on-air talent and broadcasters [ ... ]
boxing
Lomachenko Back With A Vengeance, Five Boxing Stories You Might...
Gervonta Davis came through a tough test thanks to some help from Floyd Mayweather, Vasyl Lomachenko [ ... ]
boxing
What To Expect As Vasyl Lomachenko And Gervonta Davis Return...
Vasiliy Lomachenko v Gervonta Davis is a match-up that has long been talked about, by both boxers as [ ... ]
boxing
Time To Deliver As Chris Eubank Jr Promised World Title Shot...
Six months after signing with promoter Kalle Sauerland, Chris Eubank Jr has been promised “world [ ... ]
boxing
De La Hoya Targets Mayweather Rematch, Five Boxing Stories You...
Oscar De La Hoya wants a rematch with Floyd Mayweather, Jake Paul has his sights set on fighting for [ ... ]
boxing
''KO King'' Gervonta Davis Backed For Stoppage Win On Super-Lightweight...
Gervonta Davis steps up to 140lbs this weekend when he takes on fellow unbeaten American Mario Barrios [ ... ]
boxing
Joe Joyce To Face Carlos Takam In July, Five Boxing Stories...
Awkward face offs, heavyweight showdowns and another important step for the advancement of women’s [ ... ]
boxing
Inoue, Charlo And Munguia Top A Bumper Weekend Of Boxing
Teofimo Lopez may not be fighting this weekend after testing positive for Covid-19, but there remain [ ... ]
boxing
From Rocky Road to Richards: Fielding On Canelo, The Caymans...
It was a surreal moment when Lerrone Richards crooned ‘Hot Cross Buns’ down a Sky Sports [ ... ]
boxing
Matchroom Fight Camp Returns With Conor Benn Headlining Opener
Eddie Hearn and Matchroom Boxing have announced the return of Fight Camp this summer with Conor Benn [ ... ]
boxing
Claressa Shields Wins On MMA Debut, Five Boxing Stories You...
Claressa Shields crossed over to MMA and won, Billy Joe Saunders is considering retirement after his [ ... ]
boxing
Daniel Dubois Targeting World Heavyweight Title, And Wants Joe...
After Daniel Dubois’ successful return at the weekend in stopping Bogdan Dinu inside two rounds, [ ... ]