Football
News
Erling Haaland's transfer was greeted with joy by City fans, mainly because he cost less than a certain Brazilian midfielder
Joey Mills
16:56, 11 May 2022

Manchester City secured the signing of Erling Haaland this week, pending an agreement on personal terms with the player. The Cityzens have equipped their already-dominant football operation with the ultimate in modern firepower. Haaland has scored a staggering 85 goals in 88 games for Borussia Dortmund. At the age of just 21, he has 154 goals from 199 club appearances in total. He is, to put it simply, a machine. But most importantly for a large segment of the City fanbase, more than his status as the final piece of Pep Guardiola’s puzzle, or the untold prizes they could win with him leading the line, is the real headline. The biggest element of the whole exercise. Erling Haaland cost less than Fred.

Considering that Haaland, along with Paris Saint-Germain’s Kylian Mbappe, has been tipped to rule over world football for the next decade, it seems an odd fixation. On the day your club has signed perhaps the most exciting prospect around, your first thought is to tweet about an underperforming Manchester United midfielder. But this sort of one-upmanship is par for the course on social media. In the Twitterverse, nothing is off-limits when it comes to lording it over your fellow fan.

The exorbitant £100 million paid for Jack Grealish last summer is the furthest thing from any City fans minds when making these comparisons. The key to winning the Twitter transfer arms race is selecting your facts wisely. Fred is not the only player being used as a punchline in lieu of just celebrating the arrival of a world class striker. Chelsea’s misfiring £97.5 million acquisition Romelu Lukaku has been spotlighted too, as have the obvious United comparisons like Harry Maguire and Jadon Sancho. It is a natural symptom of a world where a transfer is celebrated more vociferously than a win.

Football on social media has become warped. Celebrating a win is only permissible in certain circumstances. If you raise so much as a smile after beating a team in the relegation zone then you’re “tinpot” and it “shows how far you’ve fallen”. Express an opinion on another team, an opposing player or a rival manager and said figure lives “rent free in your head”. The old lines are blurred. Welcome to the age of the “ratio”. 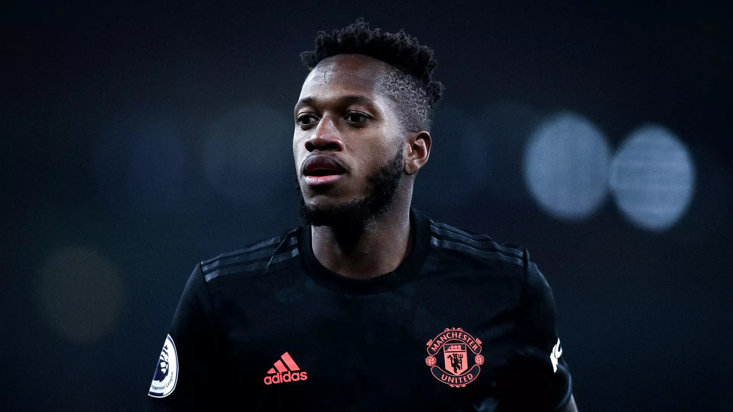 So if we are unable to celebrate wins unless they’re 10-0 Champions League final victories against the 08-09 Barcelona side, and we aren’t allowed to comment on anyone or anything lest we be surrendering our heads “rent free”, what do we as fans talk about now? What do we celebrate? The answer appears to be transfers. “You beat us 3-0 a week ago? Not arsed mate, we just signed a left back. Ratio.”

It’s a curious state of affairs. Transfers used to be a means to an end. You bought players to improve results and pursue trophies. But new signings are an end in themselves now, with their own place in inter-club rivalry. Fans laud the fact they’ve “beaten” a rival to a player’s signature. They also derive genuine pleasure from a player who underperforms after snubbing their club for another, like Alexis Sanchez did when choosing the red half of Manchester over the blue in 2018. The pitch is not football’s battleground any longer, it is the boardroom. The Fabrizio Romano “Here we go” tweet is slowly but surely taking the place of the goal celebration, at least for those who have never celebrated one being scored inside their team’s ground.

The Haaland deal is just the thin end of the wedge. The summer transfer window opens for English clubs on June 10, and talk of new signings will become almost inescapable until it closes on September 1. Transfer-hungry fans will be out in force, cutting off any non-transfer tweet from their club with demands for signings. Supporters will write off their chances for the following season if Player X is not signed from Club Y, no matter the cost. Those ghastly “This is how Club Y could line up…” articles, usually featuring only two players currently at the club and another nine who would cost a combined £800 million, will appear en masse. The whole exercise has fostered a cottage industry of hype, expectation and shallow debate.

There is nothing wrong with being excited about a transfer, particularly when your club has signed a player of Haaland’s quality. Celebrating such a transfer by evoking the failed moves of your rivals, while sweeping your own club’s expensive mistakes under the rug, is a strange route to take. It is important to remember that transfers are just a side dish to the main course that the actual football games provide. Transfers are meaningless if the player does not perform. The release of dopamine one gets from seeing a new signing waving around a club shirt, or playing the piano, is temporary. It is what they do on the pitch that lives on in the memory. Even if that signing cost less than Fred.