Football
News
Those who finish just outside the Premier League top four don't generally fall away
Kris Voakes
09:00, 23 May 2021

It’s that time of year again. The day when teams scrambling for the final positions in the top four are told it’s do or die. That failure to make it to the Champions League can be a disaster. That finances will be shot, reputations damaged and plans for the future left in tatters.

Only it’s not really like that, is it? If Chelsea, who travel to Aston Villa on Sunday, or Liverpool – hosting Crystal Palace – miss out on the top four, will it really take them years to recover? Did Leicester City spurn their one great chance of returning to the Champions League last July when they lost to Manchester United on the final day? No, because they’re back in with a shot this time around.

For all the hyperbole, there is simply no proof that teams never recover if they miss out on the top four. Sure, there might be a financial jolt, but if you don’t go projecting budgets which include competitions you’ve not qualified for, you should do alright. Short-term pain will quickly dissipate, since there is long-term gain to be had. Running the top four close but just missing out is no bad thing at all.

Of the 16 teams who have finished within six points of the Champions League positions in the last 15 years, six have gone on to reach the top four the following season and a further four have finished fifth or sixth within 12 months to sustain their interests in European football. Chuck in Leicester, who still have a chance of bouncing back from last year’s near-miss, and that’s a decent return. 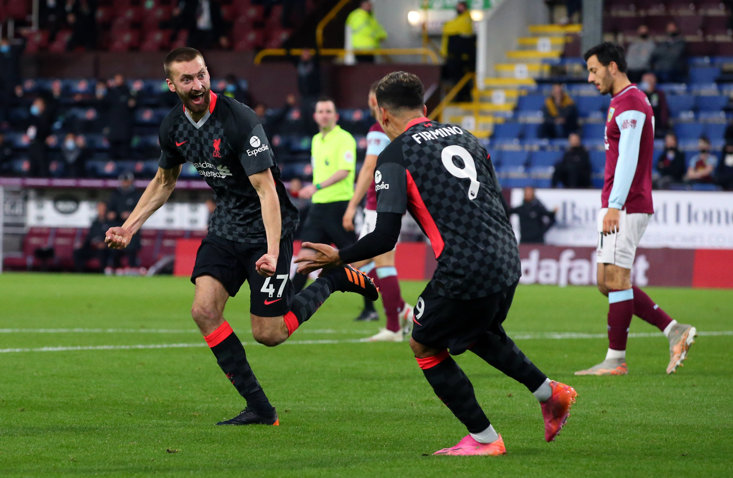 LIVERPOOL HAVE MADE A LATE RUN INTO THE TOP FOUR

It certainly doesn’t seem like there are long-term repercussions, whatever some would have you believe in their quest to hype up games which don’t fundamentally make a hell of a lot of difference. Sure, finishing fourth rather than fifth gives you the chance to become European champions the following season, but that is something only Liverpool have achieved – in 2019 – after coming fourth, while two clubs – Chelsea in 2019 and Manchester United in 2017 – have actually gone on to win the Europa League, making success in the lesser competition more likely.

And of the clubs to have dropped out of the running one year on, only Arsenal’s eighth-place finish in 2020 sticks out as an anomaly for a big club, with Southampton, West Ham, Newcastle, Aston Villa and Blackburn all retreating back to previous levels in the Premier League table following one-off runs for the Champions League.

If Leicester finish fifth again, it will doubtless feel like they have dropped the ball given how long they spent on the inside looking out this term. But what they have achieved in the last 10 months is to prove that they can bounce back. They have again outperformed plenty of big clubs and even added a first-ever FA Cup to their trophy cabinet.

Their manager, Brendan Rodgers, rightly put their achievements into context this week ahead of their showdown with Tottenham at the King Power Stadium.

“This week has been about perspective,” he told the press. “When I ask myself the question ‘Have we improved?’ we most certainly have. Our focus is to finish the season strongly.

“The players have had an outstanding season, everyone has had to work so hard in this pandemic, the schedule is very tough for us but we have managed to be competitive. And in the last game of the season we are fighting with two of Europe’s biggest clubs to be in the Champions League.”

The obsession with prioritising a top-four finish over winning silverware comes out of a thirst for cash, but in the high-stakes Premier League there is plenty of that swimming around anyway. So whoever misses out from Chelsea, Liverpool and Leicester on Sunday afternoon need not be too worried. History suggests they’ll all be back in the shake-up again this time next year.