Maurizio Sarri’s winning start to life in the Premier League came to an end in the capital on Sunday after Chelsea could only draw 0-0 with West Ham at the London Stadium.

The Blues started the weekend top of the table but wins for Liverpool and Man City coupled with their own disappointing draw, means that Sarri’s men dropped to third spot, two points behind new leaders Liverpool.

In his post-match press conference Sarri then surprisingly admitted that it would take Chelsea at least a year to be at the same level as their early season title rivals.

“They (Liverpool) are a step forward of us at this moment,' said Sarri in quotes via The Mail.

“We have to play against a very, very good team who have worked with the same coach for three years.

“We have started to work together 40 days ago, less 10 days for the international break, so for us it is a bit early.

“We have to work and then, maybe, in one year we will be at the same level as Liverpool.'

"It will be a really difficult match. Maybe spectacular but for us, difficult. I don't think there is an easy game against Salah, Firmino and Mane.”

It’s not sure whether he was being deadly serious or it was an early attempt at mind games. If it’s the latter, we love it.

Liverpool’s win over Southampton means they are now the only team in English football to have won all of their matches so far, six to be precise, and should the Reds beat Chelsea next weekend they will match the Blues’ all-time record of seven Premier League wins from the get-go.

However, before that eagerly anticipated duel, the two clubs go head-to-head in the League Cup on Wednesday which promises to be a cracker under the Anfield lights.

The Sportsman
@TheSportsman
🤷‍♂️ Maurizio Sarri...
"We have to work then, maybe, in one year we will be at the same level as Liverpool."
Can't tell if this is his attempt at mind games or not.
#CFC
#LFC 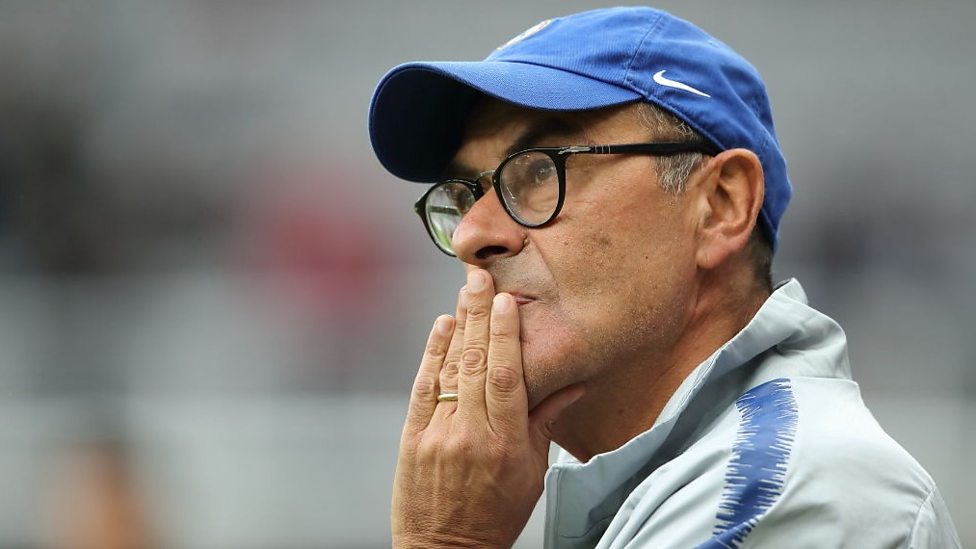