Chelsea are 90 minutes away from completing a domestic treble after compounding Manchester City’s difficult start to the season with a 3-0 win in Sunday's Women's FA Cup semi-final.

Having won the Women's Super League and Continental Cup earlier in 2021, Emma Hayes' side now head to the Wembley final on the back of knocking out the back-to-back reigning FA Cup winners.

First-half goals from Erin Cuthbert and Melanie Leupolz put the Blues in the driving seat and Bethany England added a late third, although there never seemed to be much chance of a City comeback as Gareth Taylor’s troops continue to look for ways to overcome their worrying injury toll.

Goalkeepers Ellie Roebuck and Karen Bardsley and fellow England internationals Steph Houghton, Chloe Kelly and Lucy Bronze, named earlier this year as the Best FIFA Women’s Player, all remain on the sidelines. There have also been a host of other players ruled unavailable at various times with City slumping to ninth place out of 12 in the Women’s Super League on the back of a return of just four points from a possible 15. Such is the shortage of options right now for Taylor, the City boss named just five substitutes of a possible nine on Sunday, including 16-year-old fourth-choice goalkeeper Grace Pilling.

So it was always going to be tough against a Chelsea side who will now head to the Wembley final on December 5, the 100th anniversary of women’s football being banned by the FA. The winners of Sunday evening’s second semi-final between Arsenal and Brighton & Hove Albion will be their opponents. 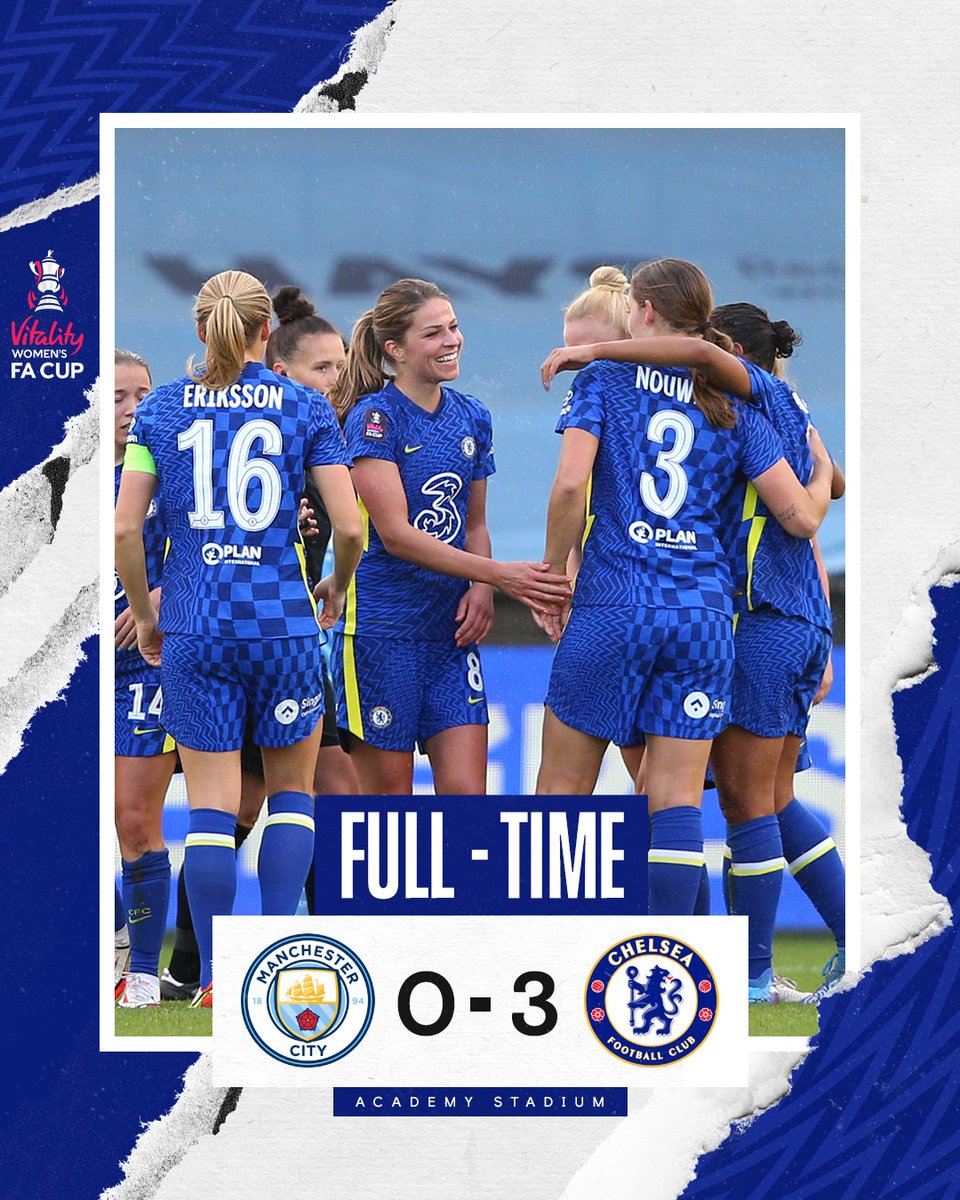 Chelsea were in control of the tie inside the opening half-hour thanks to a double strike in quick succession. First, Cuthbert struck a fierce shot inside the near post which Karima Taieb found too difficult to handle. And within five minutes Melanie Leupolz was given far too much time on the ball and was able to send in a left-foot shot which Taieb again couldn’t keep out.

If there were fingers to be pointed at City’s France international goalkeeper over the two goals, she was soon proving her worth with key saves from WSL top scorer Sam Kerr and then England star Fran Kirby, who had kept her head to cut in from the bye-line and fire point-blank towards goal, forcing Taieb into a reflex stop.

City offered more going forward in the second half, but Millie Bright and Aniek Nouwen were particularly impressive at the back for Chelsea and two subs combined to put the result beyond doubt when Jessie Fleming’s inch-perfect cross was headed home by England.

Ann-Katrin Berger’s stunning save from Jess Park in injury time was the last in a string of moments which underlined Chelsea’s superiority in all areas of the pitch, and the final whistle confirmed the Blues’ return to the national stadium at the expense of the 2019 and 2020 winners.