It seems Chelsea’s 5-2 defeat at home to West Brom on Saturday was nothing but a freak result because here in Seville on Wednesday night, they were back to their solid best in the first leg of their Champions League quarter-final against Porto.

An hour in and the Blues had only mustered three shots but when you have a brick wall at the back, you are always going to have a chance to nick a goal and that’s exactly what they did, before grabbing another, to claim a 2-0 victory courtesy of a brilliant Mason Mount strike and a cool finish from Ben Chilwell.

Under Thomas Tuchel, the West Londoners had kept twelve clean sheets and were unbeaten in the Germans' first 14 matches in charge. To say the loss against the Baggies was a shock would be an understatement.

"We won in many areas, passing, possession, the statistics, even in expected goals. If we play the same game again I would bet a lot of money that we win 99 times out of 100,” he insisted after the loss and beating Porto five days later will have many realising that perhaps he is right. 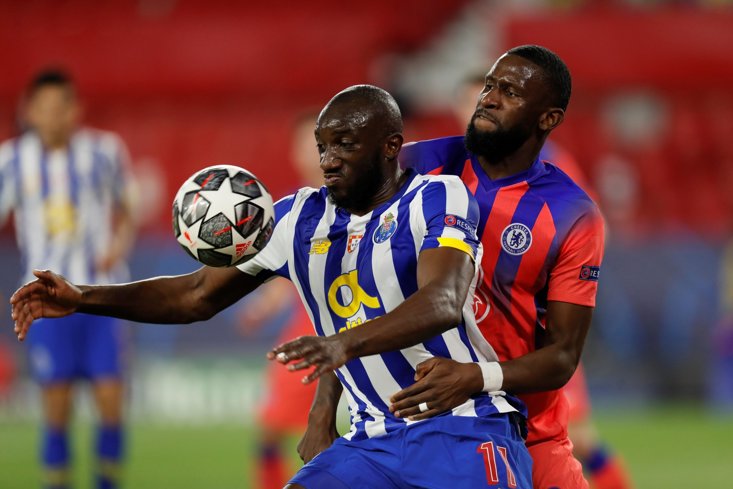 With Edouard Mendy in goal, a back three of Antonio Rudiger, Andreas Christensen and Cesar Azpilicueta supported by full-backs Reece James and Ben Chilwell, the Chelsea defence recorded another clean sheet, made greater by the fact they scored two crucial ‘away’ goals – that’s despite the fact both legs being played in Sevilla due to ongoing Covid-19 restrictions.

It was an excellent strike by Mount, too, just after the half-hour mark. Jorginho worked the ball in the midfield and played a forceful pass into the path of Mount who was on his toes and ready. He was so prepared, his stance resembled a training drill. With his back to goal, he took one touch with the inside of his boot to turn and face the net and with stunning accuracy, fired the ball low across Porto goalkeeper Agustin Marchesin.

Early in the second half, striker Moussa Marega had an excellent chance to draw the Portuguese giants level, taking advantage of a high Chelsea line but Mendy stood tall to deny him. Then, on 55 minutes, veteran captain Pepe had the ball in the net but it was ruled out after his centre-back partner Chancel Mbemba, formerly of Newcastle, was deemed offside in the build-up.

Sometimes you need such good fortune but on the whole, Chelsea are just supremely well-drilled; you have to be to keep 13 clean sheets in less than three months.

Then, they got the killer second goal. Christian Pulisic had struck the bar just moments earlier when Chilwell capitalised on an error in the Porto backline. The defender showed composure Lionel Messi would be proud of to make a diagonal run into the box before taking it around the keeper and tapping home into an empty net. This was job done and you have to fancy Tuchel’s men to reach the semi-finals after taking such control on Wednesday.

In the other tie of the evening, Bayern Munich and PSG played out an enthralling encounter in the snow at the Allianz Arena. It wasn’t quarter-final weather but the action was befitting the Champions League stage as the French giants ran out 3-2 winners, revenge for last season’s final defeat at the hands of the Germans.

Kylian Mbappe opened the scoring within 180 seconds of the kick-off, striking low and hard though Manuel Neuer should have done better, before Marquinhos added a second on 28 minutes. Bayern looked shellshocked but responded through former PSG and Stoke forward Eric Choupo-Moting and equalised on the hour through Thomas Muller. However, Mauricio Pochettino's side regained focus and notched a third as Mbappe grabbed his brace. Bayern now have it all to do in the return leg.