Football
News
The German is currently into the final year of his contract at Stamford Bridge
Conor Keane
17:05, 26 Oct 2021

Antonio Rudiger has been a gladiator for Chelsea ever since Thomas Tuchel took over at the club. He has exceeded everyone’s expectations with his impeccable form at the heart of the Blues defence and yet, there is a growing doubt over his future in west London.

The 28-year-old has had a starring role under the German at Stamford Bridge and his performances have continued to improve with each passing game. In the 37 matches that Rudiger has played for the Blues in Tuchel’s regime, he has kept 24 clean sheets and their stellar defensive quality is widely praised.

Chelsea currently sit atop of the Premier League table, boasting the best defensive record in the division, having just conceded one goal from open play. The German international has been rock solid alongside his fellow defenders as they look to be real contenders for the league title, adding to their superb Champions League triumph at the end of last season.

Right now, things couldn’t be going better on the pitch, but off the pitch there is great cause for concern for the supporters. Rudiger, who joined the Blues from Roma in 2017, is currently into the final year of his contract and the clouds of uncertainty are beginning to circle, with both parties seemingly at a crossroads.

There is no question that Rudiger is one of the most in-form and in demand defenders in the game but Chelsea will risk losing his commanding presence and ability for nothing in just two months’ time as he will be able to sign a pre-contract agreement with a new club ahead of the summer.

This is something that they simply cannot afford to happen because replacing him will cost significantly more than tying him down to a new deal. As we have seen in recent years, the prices for defenders have risen exponentially, with Harry Maguire’s move to Manchester United costing a world-record £85million just two summers ago. 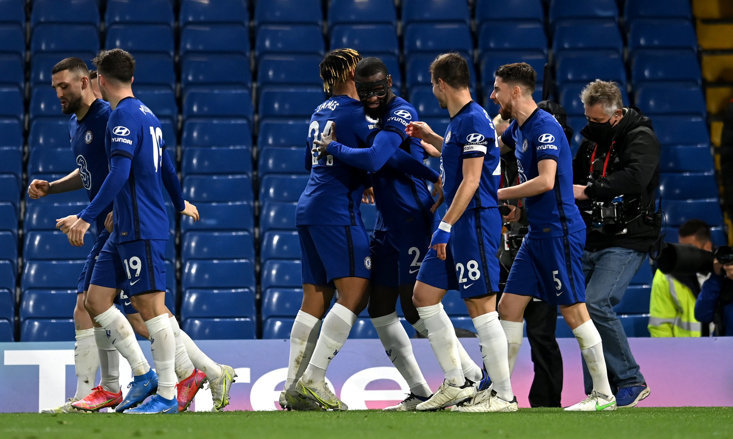 The west London outfit tried to bring in French international Joules Kounde over the summer in a deal worth around £47million, but the move never materialised. With reports suggesting Rudiger wants his wages to be doubled to £200k a week, it would be more practical to meet the towering centre-half’s demands because it would be cost-effective in the long term. The situation is identical to Mohamed Salah’s at Liverpool. The Reds seem hesitant to meet his demands, but they will simply not find a suitable replacement for a very long time.

Rudiger is one of Tuchel’s prized pupils and with the progress he has made being mentored by his compatriot, he is a key component to the squad moving forward. On top of that, he’s adored by the crowd. In the 7-0 thrashing over Norwich City at the weekend, you could hear the crowd chanting “Rudi” or “shoot” whenever he touched the ball, doing their best to play their part in convincing him to sign a new deal.

What is also worrying for Tuchel is that fellow defenders Cesar Azpilicueta, Thiago Silva and Andreas Christensen also have their contracts expiring at the end of the season, too. Losing four of the squad’s key defenders in one summer would cause a major setback for Tuchel, and he will want this growing problem addressed sooner rather than later. With Silva being 37 now, he is unlikely to be given a new deal, but he will have shared his wealth of experience with his fellow centre-halves and his departure would leave Azpilicueta and Rudiger as the most-experienced central defenders in the squad. This would make maintaining the duo at the club one of the most important tasks the board have in the next few months.

With reports emerging that Trevoh Chalobah is set to be rewarded with a new deal after impressing in his nine appearances for the Blues this term, it makes keeping hold of Rudiger their chief task. To help further Chalobah’s development, as well as fellow youngster Malang Sarr, it would benefit them to be surrounded by experienced heads to help them blossom into key figures in SW6.

Chelsea boast the best defence in the league, it’s as strong as a brick wall, but it could all come crumbling down in the blink of an eye if these expiring contracts are not renewed before the transfer window reopens.

Chelsea are 2/5 to beat Southampton inside 90 minutes in the Carabao Cup tonight, while the away side are 13/2 to do the same with Betfred.