Football
News
Emma Hayes' side lift the famous trophy for the second year in succession
Joey Mills
18:57, 15 May 2022

Chelsea triumphed 3-2 over Manchester City after extra time in the Women’s FA Cup final, played before a record crowd of 49,094 at Wembley Stadium. The best-attended Women’s FA Cup Final on record took place on the same weekend as the men’s iteration, in which Liverpool defeated the male Chelsea side on penalties, for the first time.

The utterly prolific Sam Kerr opened the scoring. A deep Millie Bright cross caught goalkeeper Ellie Roebuck out, and Kerr applied the deftest of headed touches to put it into the empty net. The lead would not last long though.

Lauren Hemp levelled the scoring nine minutes later with a strike that will live on her highlight reel for the rest of time. The 21-year-old showed some classy touches to cut inside on the left flank, before bending a right-footed shot into the far corner. It was a goal that stands with any scored underneath the famous Wembley arch, scored on the biggest cup stage in the women’s game.

On the other side of half-time, Ann Berger saved brilliantly to prevent Hemp adding a second. But the next goal in this massive contest would come from a player wearing a different shade of blue.

Erin Cuthbert scored an absolute stunner of a drive, setting herself with a touch before firing into the top corner from distance. It was another wonderful Wembley moment to savour in a game that provided many.

With just two minutes remaining, and the royal blue ribbons likely already tied round the handles of the cup, Hayley Raso tore up the script. A sweet first touch from a ball over the top set the Australian up to leather home an emphatic equaliser. 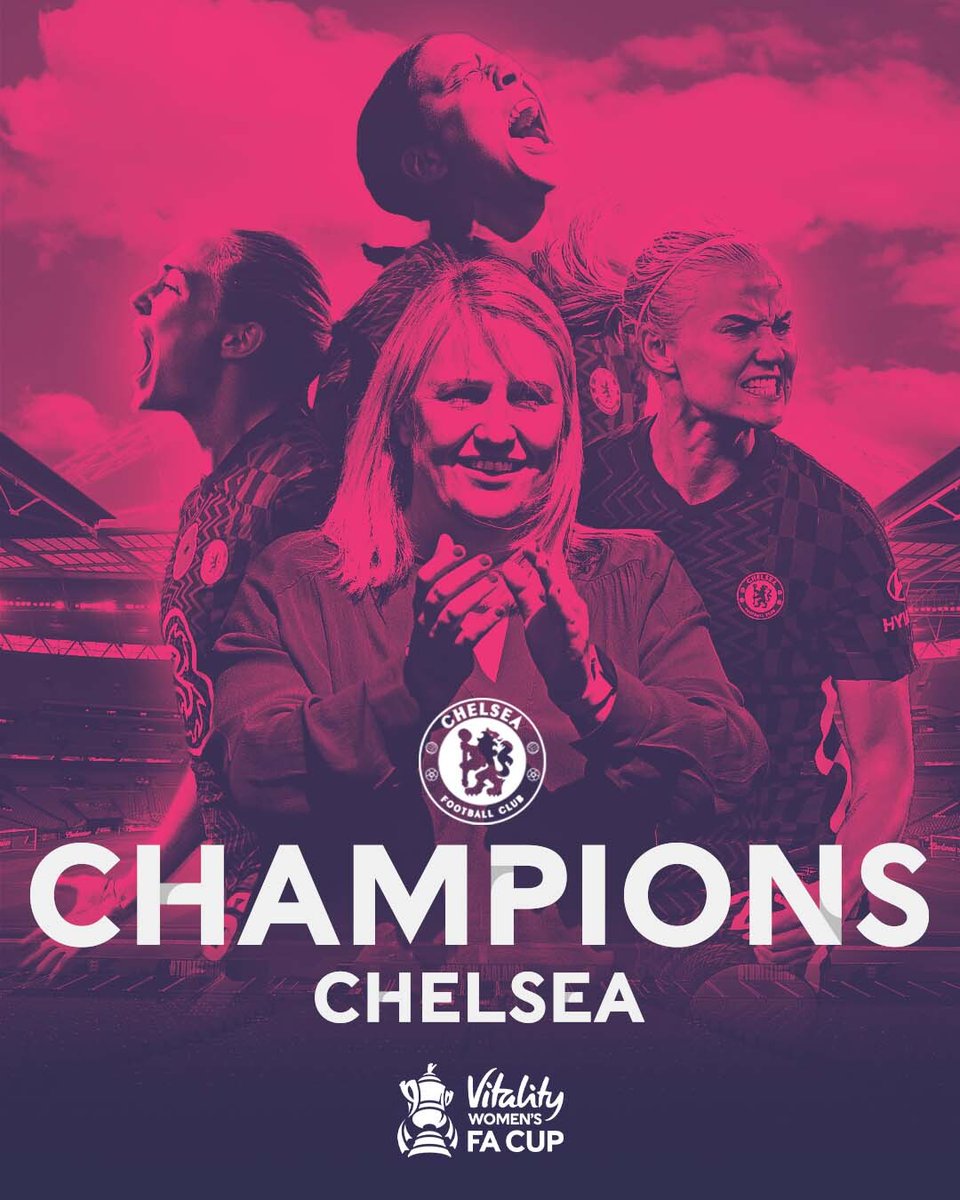 The sides could not be separated in normal time, as the famous ground saw its second period of FA Cup extra time of the weekend. Kerr popped up again, bookending a thrilling afternoon with a deflected shot that wrong-footed Roebuck. The goal would be enough to seal back-to-back Women’s FA Cups for Chelsea, as well as sealing a domestic double.

Manager Emma Hayes has now won 11 major honours as Chelsea manager, an incredible haul that speaks to the dominance of her side. The 45-year-old coach took over at Chelsea in 2012, and has steered them through a period of unprecedented success.

This was the eighth consecutive Women’s FA Cup final to feature at least one of these sides. Chelsea came in as the holders, having beaten Arsenal in the COVID-delayed 2021 showpiece last December. Interestingly, despite their two-pronged dominance of this competition in recent years, this is the first time in that eight-year stretch that these sides have faced each other in the final.

Chelsea’s win takes them fourth on the all-time list of Women’s FA Cup winners, with four victories. Only Arsenal, Southampton and Doncaster Rovers have lifted the iconic trophy more. As the popularity of the women’s game continues to grow, Hayes and Chelsea continue to solidify their status as the domestic game’s finest side. On Sunday afternoon, 49,094 fans got to see what makes this side so special.