Chelsea have beaten Real Madrid 2-0 (3-1 agg) at Stamford Bridge to reach their third ever Champions League final on May 29, where they will face Manchester City in a mouth-watering all-English encounter.

Thomas Tuchel’s 18th clean sheet in 24 games since replacing Frank Lampard at the helm in January and goals from Timo Werner and Mason Mount were enough to ensure that two English sides face each other in the final of Europe’s premier competition for the first time since Liverpool and Tottenham Hotspur met in 2019.

It was another professional performance from Tuchel’s men as they completely shut out Real Madrid, and were it not for the crossbar, a former goalkeeper, and the offside flag, they would have surely scored more against the thirteen-time European champions.

On 18 minutes, Werner thought he had put Chelsea ahead from a Ben Chilwell cross but he was adjudged offside. The German had it in the back of the net again just ten minutes later, this one though would count. After being picked out by N’Golo Kante, Kai Havertz looked to have chipped Thibaut Courtois, only to see the ball crash off the crossbar - fortunately, Werner was there to nod in the rebound. 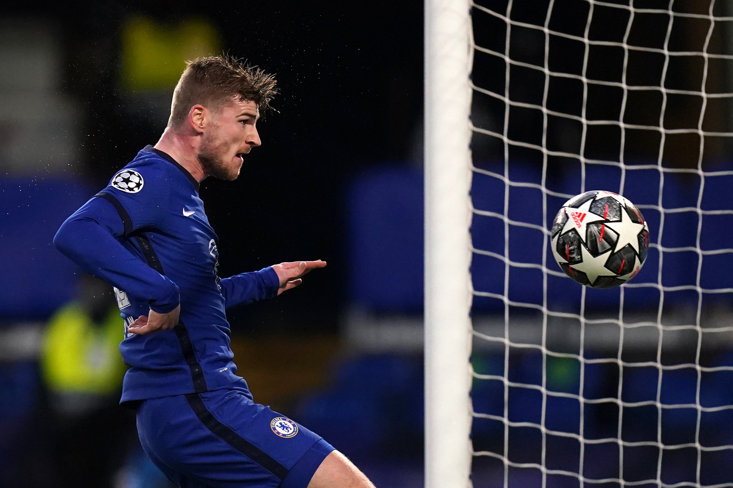 Early in the second half, Havertz and Mount both missed glorious chances to double the home side’s advantage. First, Havertz’s old enemy, the crossbar, denied him again after meeting a wonderful cross from Cesar Azpilicueta. This time there was nobody to pick up the rebound. Then, Werner with a lovely flick played Mount through on a one-on-one with Courtois, but the England international somehow scooped it over the bar.

It was one-way traffic, with the Blues bombarding the visitors with chance after chance and Real Madrid can thank former Chelsea stopper Courtois for the fact that the mountain they were left to climb didn’t get any higher, denying his former club with a couple of important saves. His compatriot and one-time Blues teammate Eden Hazard however, was pretty much absent for Zinedine Zidane’s side all night and looked a shadow of the man who lit up Stamford Bridge between 2012 and 2019.

Given the number of attempts on goal, Chelsea fans will have been forgiven for thinking that Madrid would inevitably equalise against the run of the play at the death. Thankfully, Mount, making up for his miss earlier in the half, wrapped up the game with five minutes to play after substitute Christian Pulisic laid it on a plate for him to rifle home. With that goal, the 22-year-old became the second youngest Englishman to score in a Champions League final, after Wayne Rooney.

Speaking after the game, the match-winner, who's been with Chelsea since he was six, told BT Sport, “I can’t put it into words. It was a great performance. We should probably have had about five. I should have had one 20 minutes before I scored. We had that desire. We wanted to win."

Tuchel, who is the first manager to reach consecutive Champions League finals with two different teams, said, “We deserved to win. The first half was difficult because they had a lot of the ball and made us suffer. But we were dangerous with counter-attacks and we never lost that desire to defend.

“In the second half, there was an even better structure to defend. It was a fantastic performance and we could have scored so much earlier to be safe.

“But this is no time for criticism now. It is a fantastic achievement and big congratulations to the team.”

Last night, Manchester City confirmed their place in their first-ever Champions League final after sweeping aside PSG across two legs.

Pep Guardiola’s men, with a League Cup in the bag and the Premier League all but wrapped up, are on for a historic double but given Chelsea ruined City’s unprecedented quadruple attempt by beating them in the FA Cup final last month and the Blues’ imperious form under Tuchel, would you back against them to do it again when they meet in Istanbul on May 29?