Chelsea tightened their grip on third in the Premier League but were far from their best as they edged ten-man West Ham 1-0 at Stamford Bridge.

With a place in next season's Champions League already nearly in their grasp, the Blues’ performance looked like that of a team who felt their season was already over.

Despite plenty of possession, Thomas Tuchel’s side were flat and uninspiring and were too slow on the ball to give the much-changed Hammers many problems for much of the game. After a lacklustre opening 45 minutes, the second-half didn’t get much better for the home side with West Ham carving out the best chances. A spectacular double save from Edouard Mendy denied Andriy Yarmolenko, who got behind the Chelsea defence, twice.

Craig Dawson put in an imperious performance at the heart of the West Ham defence this afternoon, even drawing tongue-in-cheek references to Paolo Maldini on social media, but the defender was at fault for Chelsea’s way into the tie after pulling down substitute Romelu Lukaku in the box to give the host’s a penalty and earn himself a red card.

At first, Dawson’s blushes were spared though as Jorginho’s weak effort gave Lukasz Fabianski the easiest of saves but that red card gave the Hammers a serious mountain to climb. The deadlock was finally broken soon after through Christian Pulisic who swept the ball home after being set up by Marcos Alonso.

A spot in the top four is almost out of West Ham’s reach this season now, but winning the Europa League, where they play in a semi-final next week, guarantees a place in next season's Champions League. Unsurprisingly, David Moyes’ side seem to be concentrating on that over league action.

Elsewhere in this afternoon’s 2pm Premier League kick-offs, Burnley’s battle against relegation was given a huge boost as they beat Wolverhampton Wanderers 1-0.

After an open-ended first half, which saw chances for both sides, the game began to open up after the break. Turf Moor erupted three minutes into the second half when Matej Vydra’s effort was stopped by Wolves ‘keeper Jose Sa and rebounded in off Conor Coady but celebrations were short-lived as the offside flag was raised.

Vydra had come in for the injured Maxwell Cornet, making just his second start for Burnley in 2022, but the Czech forward might have scored one of the most important goals of the Clarets’ season in the 62nd minute. Wout Weghorst ran onto a ball down the right and squared it for the unmarked Vydra, who side footed home from seven yards out.

Two wins from two sees means Burnley are temporarily out of the bottom three for the first time since October. Mike Jackson's side go two points clear of Everton, who have played two games fewer, but face a tough run-in, including this evening’s Merseyside Derby with title-chasing Liverpool. Wolves remain three points outside the European places.

Burnley FC
@BurnleyOfficial
🤪 GET IN!
#UTC 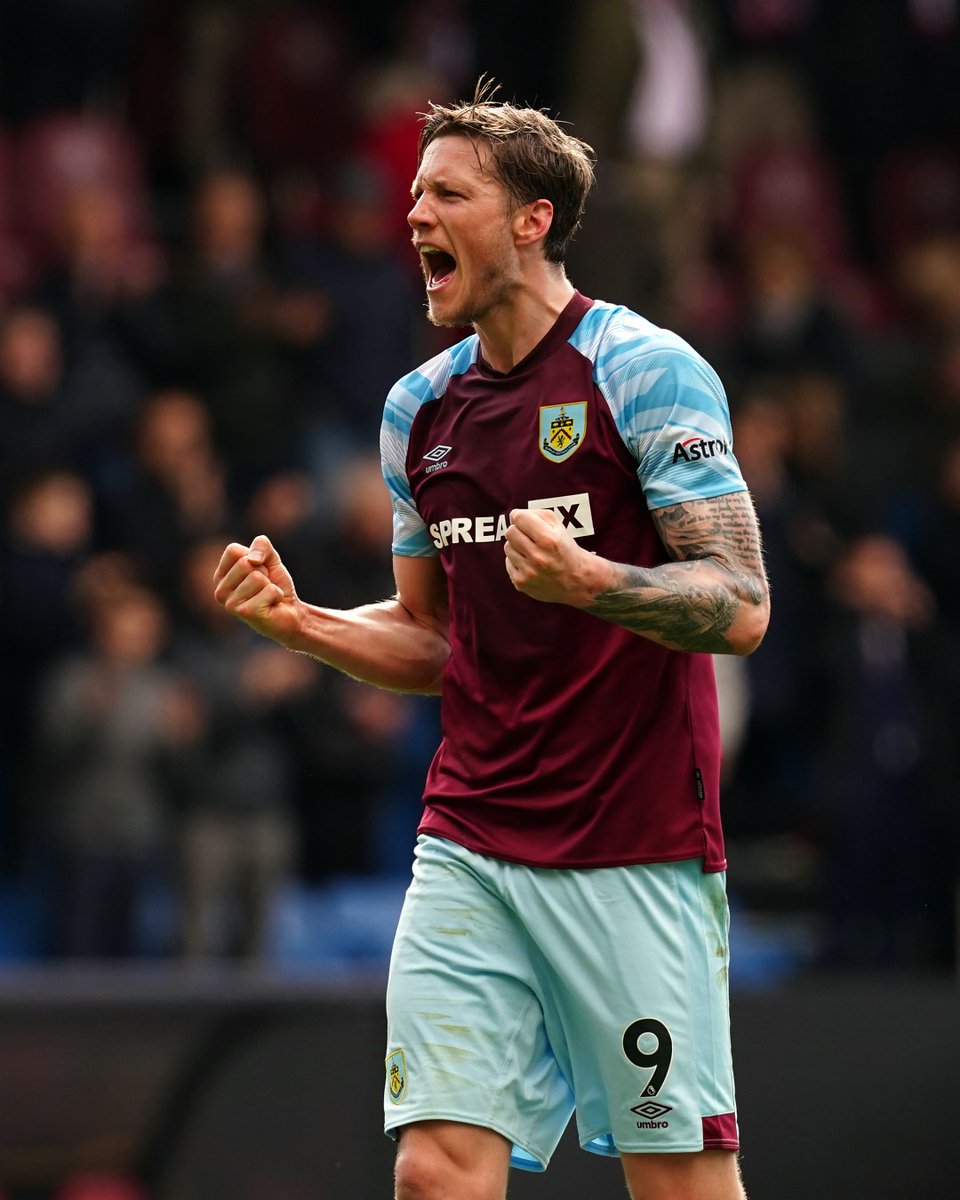 Brighton and Southampton certainly played out the most entertaining of this afternoon’s early kick-offs as the clash between the two south coast sides ended in a thrilling 2-2 draw.

Danny Welbeck gave the home side the lead after just two minutes at the AMEX Stadium after some woeful defending from the Saints. A ball in from the left caused chaos between Mohammed Salisu and Fraser Forster, with Welbeck able to capitalise and stab home for six yards out for the Seagulls’ first home goal in nearly eight hours.

Things got worse for Salisu as Brighton doubled their lead two minutes before half-time. Leandro Trossard found space down the left and his low drilled ball to Welbeck was deflected off the unfortunate Ghanaian centre-back into the back of the net.

Ward-Prowse got his and Southampton’s second ten minutes into the second-half, latching onto a lovely Romeu backheel and lashing in a perfect effort straight into the far corner to level the scores.

Brighton thought they’d scored the winner when Pascal Gross scored from 22 yards out, but the German was ahead of the play when he received the ball and VAR swiftly ruled the goal out.