The European Champions Chelsea met the minimum requirement tonight, looking far more comfortable than the 1-0 scoreline suggests against Malmo. The away side enjoyed the lion’s share of possession, and while they were wasteful at times in front of goal, they were well worth the three points. With the looming spectre of a return engagement with Juventus on the horizon, a win tonight was a necessity.

The first-half saw Chelsea struggle to make a breakthrough, despite dominating the ball. Thomas Tuchel’s side drew some good saves from Johan Dahlin, but should have done a better job capitalising on his frequent spills. The Sweden international looked uneasy in his handling, and one wonders if someone like Romelu Lukaku would have been more predatory. Kai Havertz hit the deck twice in the penalty area, seeming more concerned with winning a spot-kick than providing a real striker’s presence.

For their part, the hosts did offer some promising attacking play of their own. Malmo, coached by former Newcastle United forward Jon Dahl Tomasson, looked more forward-thinking than they did in the Stamford Bridge fixture. Sergio Pena played a superb chipped ball to Antonio Colak, who dragged a great chance just wide on the stroke of half time. A goal at that stage could have really changed the complexion of what had been a cagey game.

The second half saw Chelsea gently press their foot on the accelerator, and they enjoyed the bulk of the chances. A jinking Ziyech run saw the Morocco international whip a searching ball in, which was unconvincingly palmed away by Dahlin. Ruben Loftus-Cheek, who put on a display worthy of a regular place, turned brilliantly to get a shot away that was blocked by the keeper’s face. Marcos Alonso was unlucky to get neither a penalty nor a corner when his header rebounded off Lasse Nielsen’s hand and out of play. 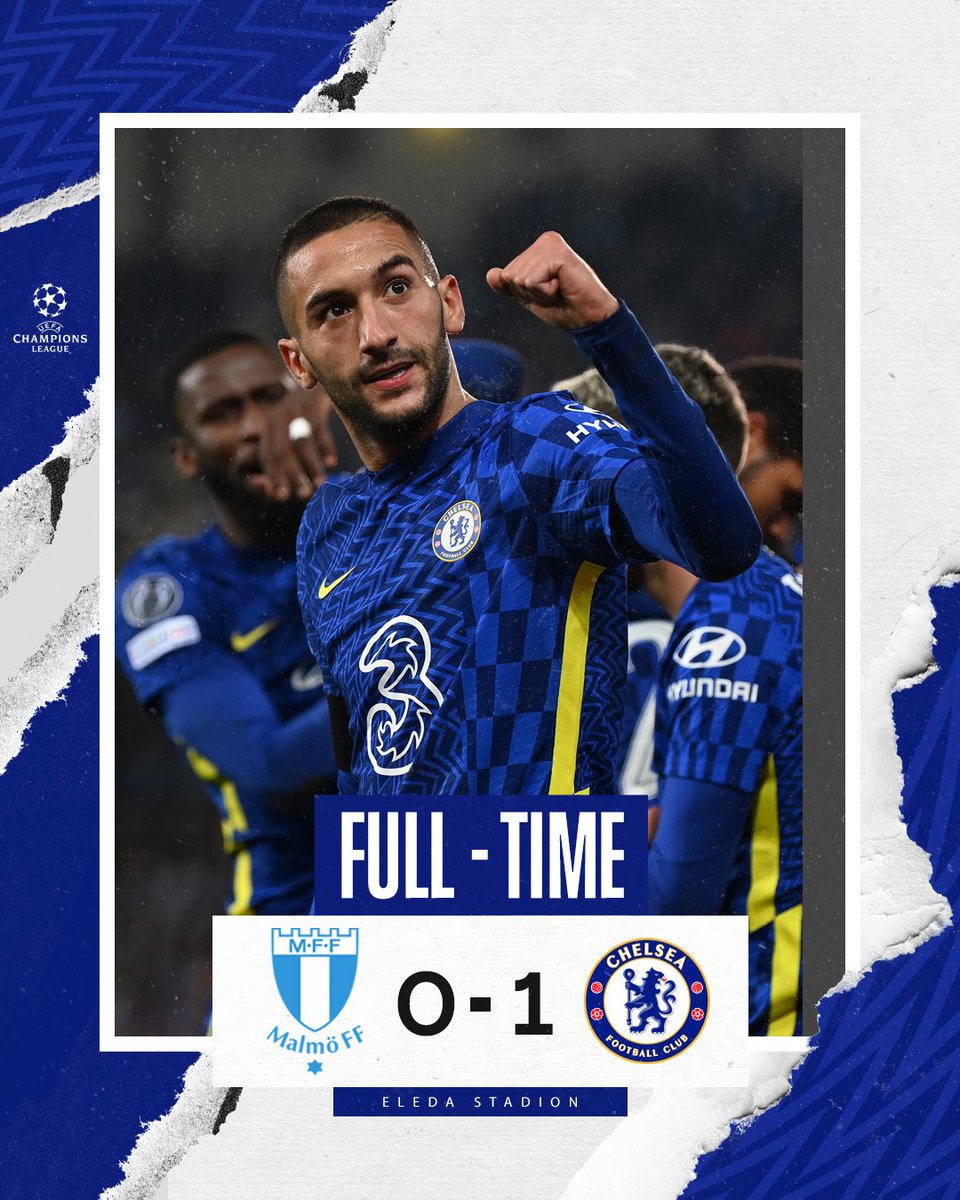 The breakthrough came when Callum Hudson-Odoi go to the byline and played a perfectly-weighted cross for the onrushing Ziyech to tuck away calmly. The goal was superb, some much-needed luminescence in a game low on quality. After it, Chelsea were in complete control, enjoying a sedate dominance of proceedings.

Tonight’s game was talked about as a chance for Loftus-Cheek to try and re-establish himself in Tuchel’s plans, and he seized the opportunity. His measured pass late on provided Havertz with a one-on-one that was well-saved by Dahlin. The Malmo goalkeeper was troubled by the more technical fundamentals of goalkeeping, but nobody can dispute his shot-stopping kept his side within touching distance of a result that was ultimately beyond them.

The low-scoring result makes this feel like a potential banana skin. In truth, it never looked like realising that potential. Chelsea deservedly took three points on the road, and move on to more difficult European challenges ahead.