Horse Racing
News
Here's your best guide to the final day of this year's festival, including the Gold Cup
Matt Hulmes
18:00, 18 Mar 2021

The fourth and final day of what has been an exhilarating week so far includes the biggest race of the week, the WellChild Gold Cup. We start with the Triumph Hurdle which has a small but select field. I like the claims of ZANAHIYR in this one, who is unbeaten in three starts over hurdles. A winner on the flat, Zanahiyr trounced Tuesday’s runner-up Saint Sam by fourteen lengths at Fairyhouse in November and gave weight and beaten to Busselton (well beat on Tuesday after and early mistake) at Leopardstown on Boxing Day.

He will meet Tritonic, an impressive winner of the Adonis Hurdle and listed placed on the flat for Alan King. Tritonic only just got the better of Casa Loupi at Ascot but extended his superiority at Kempton - although the runner-up has been beaten since, albeit in unfortunate circumstances. My worry with Tritonic is his jumping, which was far from fluent at Kempton, and I think Zanahiyr’s former stablemate, Quilixios will be a bigger danger. He is four from four over hurdles, holds a verdict over Saint Sam and Busselton and has also won on better ground. He has switched to Henry De Bromhead and could be an Irish 1-2. Adagio has won at Cheltenham and won the Grade 1 Finale Juvenile Hurdle at Chepstow over Christmas, but that form has been let down since. 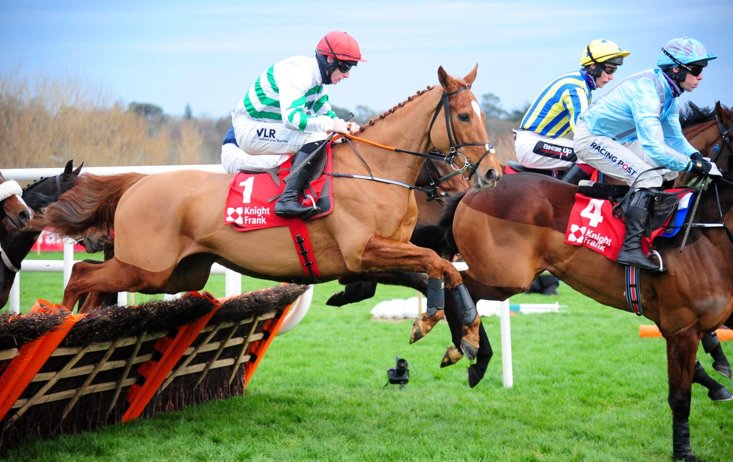 The County Hurdle will be fast and furious with 26 two-mile hurdlers hurtling around Cheltenham. With six places on offer, it is good to have two chances. GOWEL ROAD is on a hat-trick after a pair of Newbury wins and was still green in the latest of them. He has improvement still to come and I expect him to be competitive. You Raised Me Up was a non-runner in this race last year and is higher in the handicap for his return while Champagne Gold should turn the form around with Drop The Anchor on their Leopardstown effort on 8lb better terms with the fantastic Rachael Blackmore in the saddle.

The other pick goes the way of MILKWOOD at a decent price. He was fifth in a Welsh Champion Hurdle that has worked out well and was very unlucky at Newbury in November. He needs decent ground, and it will be at it’s quickest of the week on Friday afternoon. I am willing to forgive him a por run last time out, he was bang in contention two out and is a big price consequently. His rider Robert Dunne has two winners and three seconds from his last eight mounts so is full of confidence too.

The Albert Bartlett looks a very competitive renewal this year ad plenty have chances. BARBADOS BUCK’S has done all his winning on decent ground and that just swings the balance in his favour for me. Adrimel is an admirable horse who only does enough and could easily be the answer, but all his winning has been with dig, as has most of the Irish form which has strong contenders such as Fakiera and Stattler, who were behind Gaillard Du Mesnil last month, and he ran well to be second on Wednesday in the Ballymore. 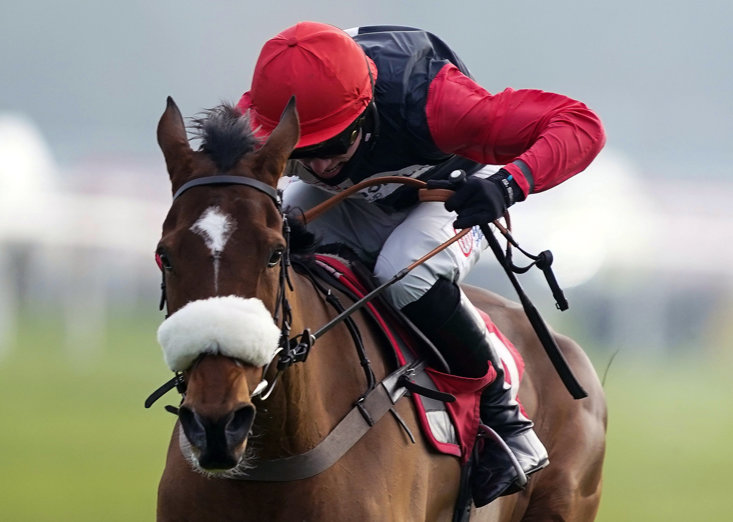 If anyone wants a flier at massive prices, Rebecca Curtis has a knack with staying hurdlers, think At Fishers Cross and Lisnagar Oscar, so the bookings of Rachael Blackmore for Pats Fancy and Harry Skelton for Beatthebullet make them worth a second glance too, despite having to find plenty on the form book.

The Blue Riband event, the WellChild Gold Cup could see history being made as AL BOUM PHOTO bids for immortalisation in his quest to become just the fifth hat-trick hero of jumps racing greatest prize. We do not see a lot of him, just four-times in fact since his first Gold Cup success, but it is a tried and tested method, and he has nothing to prove when it comes to the task in hand of winning the Gold Cup. Santini got close last year when going down by a neck and he has the visor applied after a disappointing season, but we know he is at his best here and perhaps we can forgive all his starts this season, although the drying ground is not exactly a positive for him. Similarly, Royale Pagaille has it to prove on good ground after progressing rapidly through the ranks to compete at the highest level after romping to victory under top weight at Haydock. Connections have chosen to roll the dice and best of luck to them.

I said Champ does not jump well enough to win an RSA last year, but he defied me despite having birch in his backside throughout, and his jumping issues just surfaced at the last fence at Newbury despite him travelling well for that two-mile journey. He is an enigma that I cannot get right. A Plus Tard showed stamina to win at Leopardstown over Christmas, but this is a stiffer test and an extra quarter of a mile.

Al Boum Photo had most of these covered twelve months ago, and I have seen nothing in the new pretenders to prevent that piece of history being made.

The Foxhunter's follows over the same track and trip and last years 1-2-4 are back for more. It was a shock 66/1 success for IT CAME TO PASS last season, although a closer look at the formbook suggested a case on his beating of Billiway the previous year and his record on decent ground. He will have his conditions once again and although no huge price is available this year, he looks likely to play a leading role. He was weak in the market for both runs this season on heavy ground and has clearly been readied all year at a title defence. Billiway looks to have improved again this season and will be a major threat while Bob And Co looks the best of the home defence, although he will need to brush up on his jumping after several mistakes during his Haydock win last month.

2019 winner Hazel Hill has been lightly raced since that success and was beaten in a point-to-point on his seasonal debut. He was much better at Ludlow two months ago but at the age of 13 he may find the younger brigade too much this year.

The penultimate race of this year’s festival is a brand new contest over fences and restricted to mares only. Elimay is likely to be a warm order for Willie Mullins, who has dominated the mares contests down the years, and she was an easy winner on her last start beating SHATTERED LOVE by five lengths, and her previous second to Allaho in a Grade 2 was also an excellent effort. I am going to side with Shattered Love to turn the form around though, as she is a former festival winner, and we have seen all week how important that is.

Both Shattered Love and Elimay have winning form on good ground, and Ellimay is better off at the weights after her win last time, but the return to Cheltenham and the extra half mile will help the 2018 JLT Chase (now Marsh Nov Chase) winner bounce back for the Denise Foster and Jack Kennedy combination who have had a successful week. 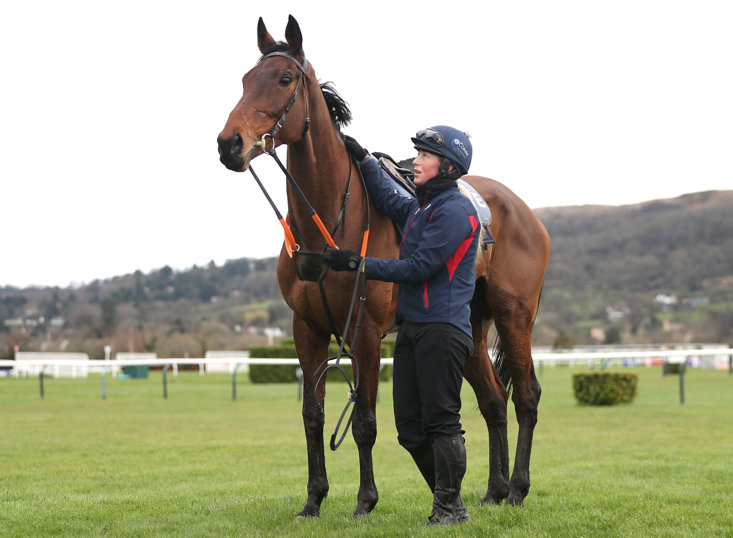 The 28th and final race of the week and the 2021 festival is the Martin Pipe Handicap Hurdle for Conditional Jockeys and like most races this week, I expect it will head back over the Irish Sea.

Such is the competitive nature of the race, I am going to have two picks, and yes, both are trained in Ireland. First up is GABYNAKO for Gavin Cromwell and Conor McNanamra. This novice was a respectable nine lengths behind Bob Ollinger at Naas at Grade 1 level in January and was setback by an early mistake in a big field handicap at Leopardstown. We can put a line through that run and he does have experience of big fields, so that isn’t an issue either. He does not have course experience, but not many of his opponents do and he could be very well handicapped on his graded form, especially after what we witnessed on Wednesday.

The other pick is FOLCANO, who gets into the race as first reserve with last year’s runner-up Pileon ruled out. Folcano fell at the last behind Bob Ollinger in a point-to-point on his competitive debut and he is also a half brother to Triumph Hurdle winner Farclas (ran at festival yesterday). The 6yo has been improving steadily and got off the mark over hurdles at Fairyhouse three weeks ago. The switch to decent ground could see plenty of improvement, just like it did with his sibling and gets in the field off bottom weight.

So that wraps up the 2021 Cheltenham Festival. I hope you have had a successful and profitable week and enjoyed the incredible spectacular on the track.