Rachael Blackmore stole the headlines on the first day of the 2021 Cheltenham Festival, becoming the first ever female jockey to win the Champion Hurdle on board the outrageously good Honeysuckle.

There were also supreme performances from Willie Mullins’ Appreciate It and Shishkin, both of whom were superb on their way to victory. Those two winners gave the punters an early lead, although the bookies would fight back in the later races. Here is exactly how the first day went down.

In the opening race, odds-on favourite Appreciate It won by a whopping 24 lengths as Willie Mullins tasted victory in the Supreme Novices’ Hurdle for a record seventh time. There was only ever going to be one winner in this one as Appreciate It sat on the shoulder of early leader For Pleasure before he turned on the afterburners and left the rest of the contenders in his wake. It could and maybe should have been a one-two for Mullins as his other competitor, Blue Lord, fell at the last when comfortably in second, but more importantly he got up unscathed. For Pleasure, the rank outsider in the race, performed admirably to place in third.

The favourites continued to roll in and had the bookies running scared after the Arkle as Shishkin followed in Appreciate It’s footsteps with a massive win. Captain Guinness and Allmankind led the way and put the pressure on, but Shishkin placed himself perfectly with three to go and then hit the front. It was a ride of utter class by Nico De Boinville, who romped home with ease as we got to marvel once again at this talented horse.

Trainer Nicky Henderson enjoyed that win but missed the thousands of spectators who would normally be watching alongside him: "It is extraordinary. It is not the same, it will never be the same without the people here, but it still does the same to you, watching them go round."

The raucous crowd would have gone wild for the next winner as 11-year-old Vintage Clouds rolled back the years to take the Ultima Handicap Chase at 28/1 and give Ryan Mania the very first Cheltenham Festival win of his career. Favourite HappyGoLucky raced well to finish second with Aye Right in third, as no other horse got a look in. This was a victory, in the Cheltenham sun, to put a smile on everybody’s face.

See all the results from day one of the Cheltenham Festival here. 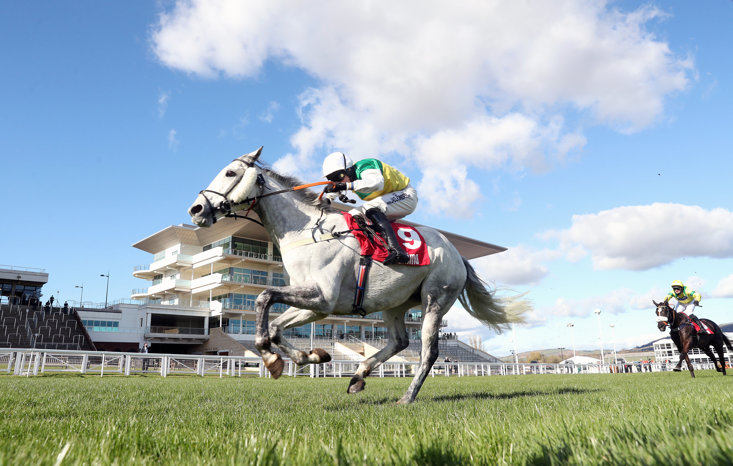 Then, in the big one, Rachael Blackmore made history as the first ever female winner of the Champion Hurdle on board the favourite Honeysuckle. She streaked away from the defending champion Epatante and the rest of the field in the biggest race of the day to keep Honeysuckle’s unbeaten record alive and make her own piece of history. However, Blackmore, who will be an inspiration to many young girls was just delighted with the victory.

“Absolutely incredible. I am speechless to be honest. I can't believe we just won the Champion Hurdle. Incredible. Unbelievable for everyone in the yard, they all work so hard. It doesn't matter what you are. We are jockeys. It is just a privilege to be here."

Concertista and Roksana went head-to-head in the next race and battled up the hill, but neither of them would win the Mares Hurdle as Jack Kennedy on board Black Tears steamed up the inside to take the win on the line. It was the race that has surely saved the bookmakers a few quid as Concertista set off as a 10/11 favourite and would’ve made up several short-priced trebles alongside the successful Appreciate It and Shishkin.

If the bookies enjoyed Black Tears’ performance they would have been jumping for joy in the penultimate race as Jeff Kidder came through the field to win at 80/1! In a field of 22, it was incredibly tight down the home straight as jockey Sean Flanagan found the gap and Jeff Kidder exploited it. Pre-race favourite Saint Sam ran well to come second but all eyes were on the winner in the shock of the day.

Finally, in a thrilling finale to the first day, Galvin fought off both Next Destination and the slight favourite Escaria Ten on the run-in to the line after an enthralling finish. Remastered led most of the way but couldn’t keep up the pace he set, before these three put distance between themselves and the rest of the field.

It has been a thrilling first day of racing and we’ve got three more days of it to come - bring it on!