It was another enthralling day of racing at the Cheltenham Festival as we saw Envoi Allen fall in the first, Paisley Park beaten in the Stayers’ Hurdle and Rachael Blackmore return to winning ways in the Ryanair Chase.

The talk all morning was about Envoi Allen’s chance of living up to the hype in the first race of the day, the Marsh Novices’ Chase. He was unbeaten over hurdles and looked like a sure thing, but never looked settled in the opener and fell midway through after clipping a fence.

That opened the race up for Chantry House to make it 70 Cheltenham winners for Nicky Henderson with a strong finish, battling past Shan Blue to take victory. Lucky punter Paul Dean partially cashed out for £250k, having put together a bet last year that would’ve needed an Envoi Allen win to scoop a whopping half a million.

The second of the day saw Mrs Milner romp home in the 1:55, as Bryan Cooper fired the horse down the home straight to leave pre-race favourite The Bosses Oscar in its wake.

Thereafter Rachael Blackmore took charge of the day. She made it five winners for the week, with her fourth coming in the Ryanair Chase on board Allaho. She rode from the front, setting a ridiculous pace as every other jockey struggled to keep with her.  Great horses such as Min, Melon and Samcro were left in her wake as only five runners finished due to the blistering pace that had been set by the woman who will surely be crowned jockey of the week.

The Stayers’ Hurdle followed the Ryanair Chase and produced another front-running performance as Flooring Porter beat the favourite Paisley Park to come home in front. He led the way for the majority of the race and, try as they might, the rest of the field just couldn’t catch him as he beat Sire Du Berlais into second place.

The winning jockey, Danny Mullins, wasn’t even meant to be riding the winner but an injury to Jonathan Moore forced him to withdraw on Thursday morning. Mullins was keen to heap praise on both his ride and the withdrawn jockey, who had given him a few tips. 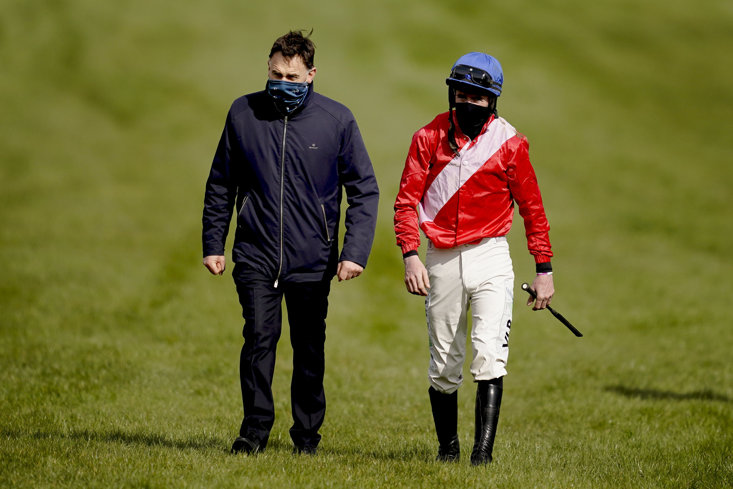 Twenty-year-old jockey Jordan Gainford put in one of the performances of the day on board The Shunter in the Paddy Power Plate Handicap Chase, as he came through the field in a slow race to beat both Farclas and Top Notch, who had a great ride in third.

Then up stepped Blackmore once again. She showed an incredible amount of skill and guile to guide Tellmesomethinggirl to a win in the Mares’ Novices’ Hurdle. She settled at the back early on and slowly began to pick apart the field, moving her way into contention late on. From there, she spotted a gap and opened the taps, beating stablemate Magic Days in second.

Lastly, we got to see a brilliant race as favourite Mount Ida will have had backers hiding behind their couches at home after an awful start saw her at the back of the pack. She must have been up to 30 lengths behind the leaders at one point but finally got her jumping under control and began to move through the field until she reached the shoulder of the leaders on the home straight. From there she moved past Cloudy Glen and held off Shantou Flyer to come home first.

It has been an excellent day of racing with some surprises and shocks, none bigger than Envoi Allen losing his unbeaten run. Rachael Blackmore got two winners as we gear up for the big one on the final day, The Gold Cup! Catch all the action tomorrow right here on The Sportsman.