We start Wednesday with for me arguably the race of the festival. I am a big fan of BOB OLLINGER, whose only defeat was a narrow one at the hands of last year’s Champion Bumper hero Ferny Hollow on hurdling debut. He was an impressive winner of a Grade 1 last time out and all the talk from Ireland is that this is a monster who will take the world of beating. That is a bold statement as Gaillard Du Mesnil has been dominant in his two recent wins at Leopardstown and Paul Nicholls has been comparing Bravemansgame to Denman, who admittedly got beat in this race, but it is indeed high praise. Then there is the unbeaten Bear Ghylls. He is not the most fluid of jumpers, but he has won all of his races in stylish fashion and should not be discounted from a small stable.

MONKFISH is the banker of the meeting for many, and it is hard to go against him. I do think Eklat De Rire is a talented chaser on the rise and is taken to follow him home.

As always, the Coral Cup looks a minefield, but it is a puzzle that us punters love to try and solve. After the Betfair Hurdle I said I would back GUARD YOUR DREAMS wherever he tuned up this week. He flew home for sixth at Newbury after looking like backing out of the race out of the back straight but stayed on strongly and the make-up of this race looks likely to suit and he has a nice low racing weight.

Such is the competitive nature and the fact there are six places for each way bets with Betfred, I would like another string to my bow and that selection is CRAIGNEICHE. Nicky Henderson has won this race for the last two years and three times in the last seven years. CraigneIche won handsomely at Ascot and, despite being hammered by the handicapper, this lightly raced 7yo could have plenty of improvement in him and he has already shown he is not afraid of big field handicaps. 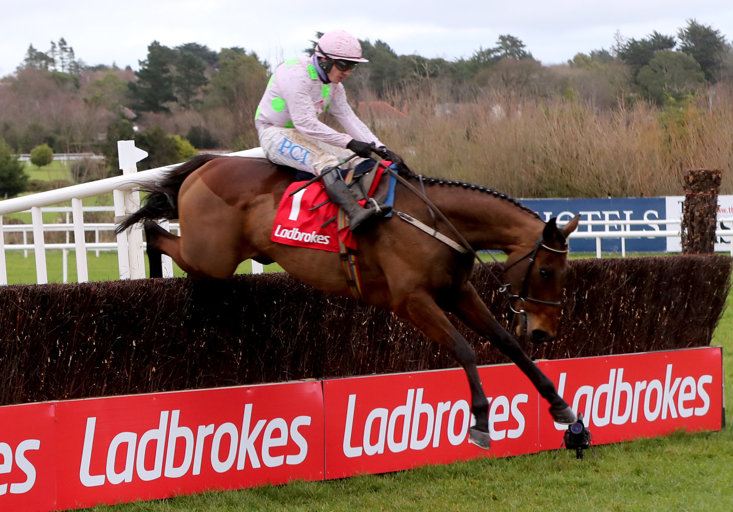 The absence of Altior for a second year in succession takes some of the lustre away from the Champion Chase, here is hoping it is not double déjà vu and CHACUN POUR SOI does make it this time. It's unoriginal, but I think he has less questions to answer than many and has looked imperious so far this season and can land a first Champion Chase success for Willie Mullins.

EASYSLAND looks another banker in the Cross Country. Although beaten here in November, he was conceding almost two stone to Kingswell Theatre and, off levels today, cannot be really opposed. We are not sure what form dual-Grand National hero Tiger Roll is in and as Betfred are paying four places on each way bets, we can look for some each way value. Kingswell Theatre is a player if the ground continues to dry out while Some Neck needed every yard of the marathon trip here in December and is another player.

The Grand Annual is on the old course this year having changed its slot for the week and again it is worth having a couple of darts with extra places on offer for each way bets and the competitiveness of the contest.

Chosen Mate is the defending champion and will have been trained specifically for a repeat bid. He is 8lb higher in the weights though and has been out of form for most of the campaign. First up off the rank for me is ZANZA. He was travelling well when falling three out behind Sky Pirate here in December and, although it was far enough out not to know exactly how it would have panned out, he finds himself with an 18lb turnaround, and I am sure he would not have been beaten that far, if at all.

Second selection is US AND THEM for Joseph O’Brien who was third in the race last year. He is 10lb better off with Chosen Mate for just a five-length beating and although he's not been in any form this season, he has had a light campaign and will have been trained specifically for this race. If he gets into a nice rhythm early on, he will be hard to keep out of the first five places.

As always on the Wednesday, the card is concluded with the Champion Bumper and two horses dominate the market. Kilcruit was very impressive in a well-run race at Leopardstown and represents Willie Mullins, who is looking for his 11th win in the contest. He now has another strong contender in SIR GERHARD, who switched stables after the Gordon Elliott photo controversy. On a line though, Sir Gerhard has some ground to make up on Kilcruit, but they were totally different races when they met in and the ease of Sir Gerhard’s victories so far have caught my eye. Three Stripe Life won his only start and has been the subject of good money in recent days.

At a price, the Skeltons have been keen on Elle Est Belle’s chances and she can hit the frame at a double figure price.