The battle between long-time rivals Joseph Parker and Junior Fa in Auckland this weekend (February 27) is being billed as the biggest boxing match in New Zealand.

It’s a mouth-watering clash but for Parker, who has laid out plans to face Dereck Chisora and the winner of Oleksandr Usyk and Joe Joyce’s heavyweight showdown should he beat Fa, there’s a lot riding on the win.

"I'm open to fighting anyone," Parker told Sky Sports News. "But with the talks from my promoter, Eddie Hearn and Matchroom and with [manager] David Higgins, they've got a clear pathway for me this year.

"There is a path and it's quite exciting that there's a path, because a lot of fighters want to know what they're going to do after their next fight.”

Parker’s planned-out route back into title contention is admirable but first up for the 28-year-old is his domestic rival Fa, who certainly knows how to get the best out of his fellow Kiwi. The pair shared four amateur bouts with one another between 2009 and 2012, each winning two between them and in their last fight, Fa eliminated Parker from the 2012 Olympic qualifying in the semi-finals. 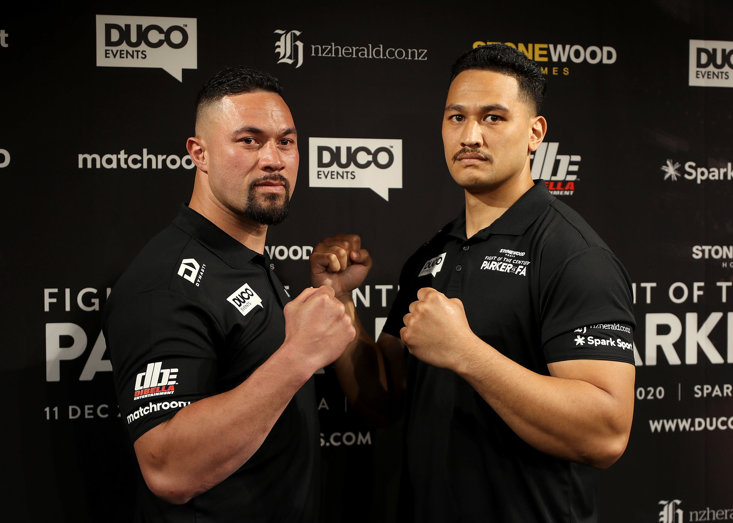 Though the two shared four close encounters in the unpaid ranks, the gulf in experience between the two as pros is a big one. Fa, while unbeaten in his first 19 fights and two years Parker’s senior at 31, began his professional career more than three years later than his rival and has yet to face a major name. Parker meanwhile has fought 29 times, losing just twice, picked up the WBO world heavyweight title and has fought the likes of Anthony Joshua, Dillian Whyte, Andy Ruiz Jr, Carlos Takam and Hughie Fury.

Parker will be the heavy betting favourite when he steps in the ring on Saturday (he’s 1/12 with Betfred) but there’s no denying, to use a well-worn boxing cliché, that Fa presents a potential ‘banana skin’ for him. If he wins, lucrative bouts with Chisora and either Usyk or Joyce await and there’s a chance we could see Parker, a fan favourite on these shores, back in the UK sooner rather than later.

"I love the UK," said Parker. "I love the media, the respect, so welcoming to our team. We've gained a lot of friends and supporters there.

DAZN will be broadcasting the fight live in the UK on Saturday with a ring walk expected as early as 9.30am GMT. A bitter, domestic heavyweight bust-up while you eat your Weetabix - what more could a boxing fan possibly want?