Chris Waddle was one of the best players of his generation, enjoying a stellar career with the likes of Newcastle United, Tottenham Hotspur, Marseille and Sheffield Wednesday and winning 62 England caps.

The ability to conjure a piece of matchwinning magic? No doubt about it.

A key player for England at major tournaments? Just ask any Three Lions fan who followed the national team at the 1986 and 1990 World Cups.

Yet when Waddle is asked about a player in the current England squad with a similar kind of skillset – Manchester City ace Phil Foden – he is almost beside himself.

Like many, Waddle cannot believe that England’s most technically gifted player has not yet been afforded a proper chance to shine in Qatar.

Foden came on in the opening 6-2 rout of Iran but Gareth Southgate refused to use him during Friday’s drab goalless draw against the USA.

The Three Lions were crying out for inspiration but Southgate brought on Jack Grealish, Jordan Henderson and Marcus Rashford and left Foden on the bench.

Waddle, 61, told The Sportsman: “I just don’t understand why he didn’t start the game or at least come off the bench.

“It seems he’s down the pecking order in the squad – Jack Grealish comes on, Marcus Rashford comes on, but not Phil Foden.

“I don’t know if there is any kind of injury or is he not training well?

“But it’s very bizarre because he was one of the most confident players in the squad going into the tournament, given the way Manchester City have been playing this season.

“He’s thrived alongside Kevin De Bruyne and Erling Haaland, so it’s a real mystery and I’m very surprised more questions haven’t been asked of Gareth from the press, such as ‘what’s the story with Phil Foden?’

“I would have had him starting the tournament but, with a couple of players having come on ahead of him, it seems Foden is fifth in line for his own position.”

Waddle, an old-school winger, believes there is no such thing in the modern game.

Yet he is adamant that Foden is the best option available to Southgate as one of the two wide players either side of Harry Kane. 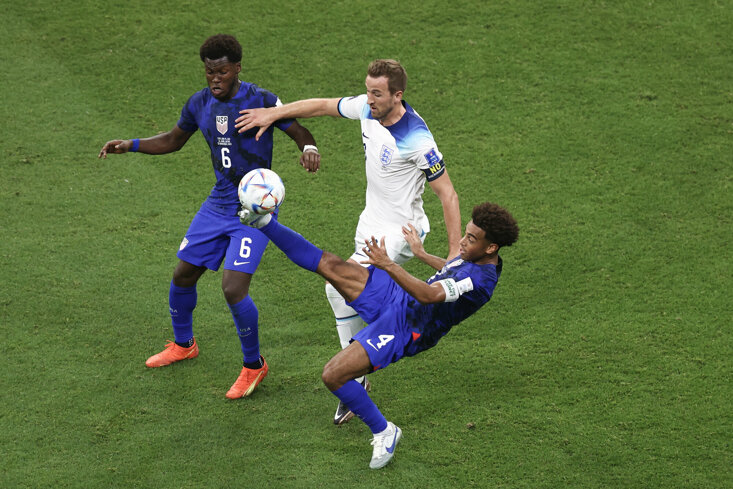 He queried the form of those players chosen ahead of Foden, adding: “You take a player to a tournament because they’re in form and confident.

“But Grealish is not really a first pick at Manchester City, Rashford has not always been first-choice at Manchester United until this season and Raheem Sterling has not had a great time at Chelsea.

“Foden, though, has been playing regularly in a title-winning side so I was very surprised Gareth didn’t bring him on against the USA, especially when Sterling and Bukayo Saka looked so flat.

“It was really strange in my eyes, particularly as he should have been starting the game.

“He has to feature against Wales and I’d be starting him with the knockout stages on the horizon.”

As England prepare to face Wales on Tuesday, they remain well placed to progress as group winners.

Waddle was part of the England side who infamously lost to Argentina and Diego Maradona’s ‘Hand of God’ in the 1986 World Cup quarter-final in Mexico.

Robson's ambition of ending his eight years as manager by taking England to the final of the World Cup for only the second time ended when Waddle lifted the fifth penalty of the shoot-out high over the crossbar.

Yet Waddle reckons there is enough quality within Southgate’s squad to feel quietly optimistic about their prospects as the tournament in Qatar unfolds.

“When you’re in the group stage, it’s always a nervous time because you don’t want to make any mistakes,” he said.

“If you lose your first game and then your second then you’re basically going home.

“I remember in 1986, we were very cautious in the group stages and, apart from Spain and Brazil, there are not a lot of teams now who basically come out and play on the front foot.

“You see Saudi Arabia do that to Argentina, which was an unbelievable result, but there aren’t many teams who are playing no-risk football. 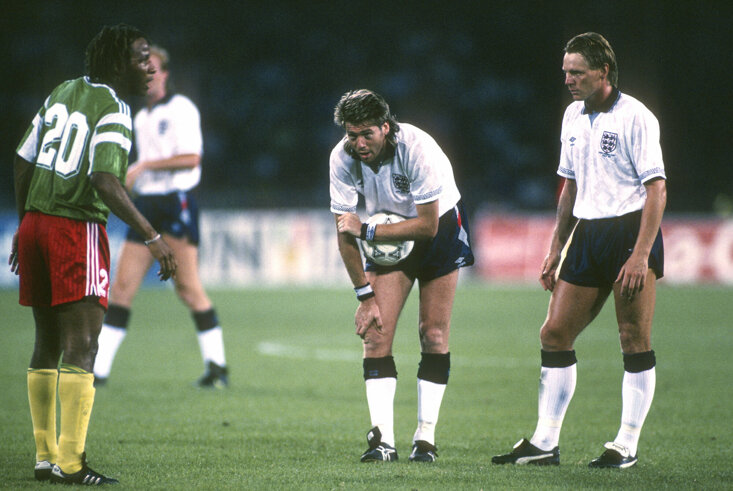 “That’s the way teams are going into this last round of games knowing they can either progress but they might be going home.

“England got off to such a great start, albeit against a poor Iran team, but they then came up against an America side who I thought were very good.

“If Harry Kane had been playing for the USA, I think they would have won that game.

“We’ve not seen the best of a lot of teams yet but I did think England would be unpredictable because of the results going into the tournament when defensively we looked vulnerable.

“Touch wood, as the tournament goes on, we don’t get any major injuries but I think we will see a lot of muscular injuries.

“That’s where the squad strength comes in and England have got a very strong squad.

“Before the tournament, I thought we could get to the quarter-finals and it looks like we’d be playing France.

“The way they are playing, I think, would scare the living hell out of our defence!

“But France are vulnerable at the back so it would be a great game.

“In my eyes, England will either go out to France or reach the semis, when anything can happen. Let’s hope they can go deep in the tournament.”

Chris Waddle was speaking at the launch of William Hill’s first Home Shop in Hillsborough. Home Shops give customers a unique matchday experience, with another eight going live when the Premier League returns.