Football
News
The former Spurs midfielder has been offered a six-month deal by The Bees
Joey Mills
12:02, 18 Jan 2022

Christian Eriksen could be set for a stunning return to the Premier League, as Brentford have reportedly offered the playmaker a six-month contract. The former Tottenham Hotspur star has not played since suffering a cardiac arrest at Euro 2020. The Denmark international became unwell during a June game against Finland, and has traversed a long road back to the pitch. Now a player who nearly never played again could return to the league that made him a superstar.

Inter Milan released Eriksen last month as Serie A rules preclude him from playing in Italy. The midfielder was fitted with an implantable cardioverter-defibrillator (ICD) after his cardiac arrest, and Italian football authorities do not allow players to play with such a device. Eriksen has been training with Odense Boldklub, his former youth team, in preparation for a return to the game elsewhere.

Naturally there will be safety concerns surrounding Eriksen, but there is precedent for a return to the game in his circumstances. Ajax’s Daley Blind collapsed during a friendly in August 2020, and was diagnosed with myocarditis, an inflammation of the heart muscle. The ex-Manchester United man has been fitted with an ICD, and has played 65 games for club and country since without issue. Should the Premier League be the Dane’s chosen destination, he will also be given a full cardiac screening before being permitted to play.

The move could end up as one of the feel-good stories of the season. The entire football world rallied around Eriksen and his Denmark teammates during his plight, and to see him take to the pitch again will be an emotional moment. A beloved player who lit up the league when he was last here with Spurs, the midfielder can also offer plenty on the pitch.

Brentford are understood to have tabled a six-month deal with the option of an extra year, for a player who is only 29 years old. If Eriksen is healthy, he could be a pivotal asset as The Bees try to earn their second ever Premier League season. Thomas Frank's side currently sit 14th in the table, but only the bottom three sides and Watford have scored less goals. A rejuvenated creative fulcrum could be the difference between Premier League football and a return to the Championship. 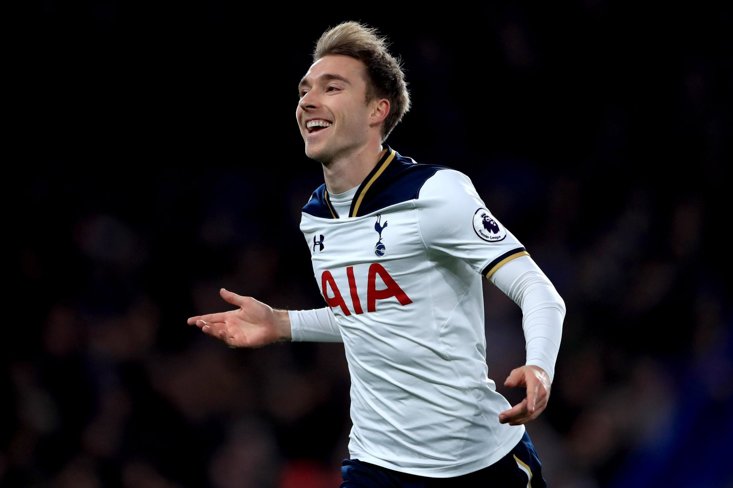 eriksen lit up the premier league at tottenham hotspur

Eriksen and Frank have worked together before, when the player was a member of his fellow Dane’s under 17 set-up with the national team. The manager will know what to expect from Eriksen, and considering the player is a free agent it appears to be a low-risk transfer. The former Inter Milan man is in his prime years, available immediately and improves Brentford’s midfield.

This potential transfer arrives at an interesting time, looking set to take place in the same month as Philippe Coutinho’s loan move from Barcelona to Aston Villa. For five years, Coutinho and Eriksen operated in the same division, the flag-bearers of a halcyon era of traditional playmakers in the Premier League. In the years since their departure, the old-fashioned ‘number ten’ has become an endangered species. Manchester City have broken records operating with a pair of ‘free eights’ flanking a defensive midfielder, while Liverpool’s title win featured a midfield built for function rather than flair. One need only look at the struggles of Bruno Fernandes, a square peg in a Ralf Rangnick system full of round holes, to see how English football has moved beyond the traditions of the ‘number ten’. While Eriksen operated from a deeper position for Inter last season, it is still somewhat poetic that two of the greatest creative forces in recent memory could be returning to Premier League football at the same time.

The return of Christian Eriksen is something to celebrate for all football fans. Whatever colour shirt you wear, the Dane’s story of triumph over adversity is inspiring. His health will be carefully monitored in line with league regulations, and if he is fit then he deserves to ply his trade. Whether it is for Brentford or another side, whether the continuation of his career is a success or not, Eriksen will be a winner just for crossing that white line and playing the professional game again after all looked lost.