The IBF, WBA, WBC and WBO titles are on the line in Atlantic City this weekend when two undefeated fighters look to prove once and for all who the best middleweight on the planet is - yet, despite a ton of trash-talk, the fight has largely gone under the radar.

Claressa Shields’ showdown with Christina Hammer at Boardwalk Hall, New Jersey is being billed as the biggest bout in women’s boxing history but it isn’t getting anywhere near the love it deserves.

"It feels very big and I'm sure in a month, a day or a year after this fight we will know that it was a historic event," claimed event promoter Dmitriy Salita - why are so many people only just hearing about it then?

In certain pockets of the world there’s no question that women’s boxing is on the rise, in particular on UK and Irish shores thanks to Katie Taylor’s dominance in the lightweight division, but to the everyday boxing fan, knowledge of female fighters outside of ‘The Bray Bomber’ and Nicola Adams is almost certainly limited.

Shields, a stand-out amateur, claimed two Olympic gold medals, two World Championship golds and boasted a 77-1 (9) amateur record before turning pro. Since then she’s gone 8 fights in the paid ranks, winning each one.

Brash & cocky, the Michigan native nicknamed ’T-Rex’ isn’t everyone’s cup of tea but her talent is undisputed and should she win this weekend she would, in most other sports, be regarded as a superstar.

Were a man to become unified champion after nine fights, with that pedigree of amateur experience, they’d be regarded as one of the biggest names in the sport - Vasyl Lomachenko, also fighting this weekend, is a testament to that. 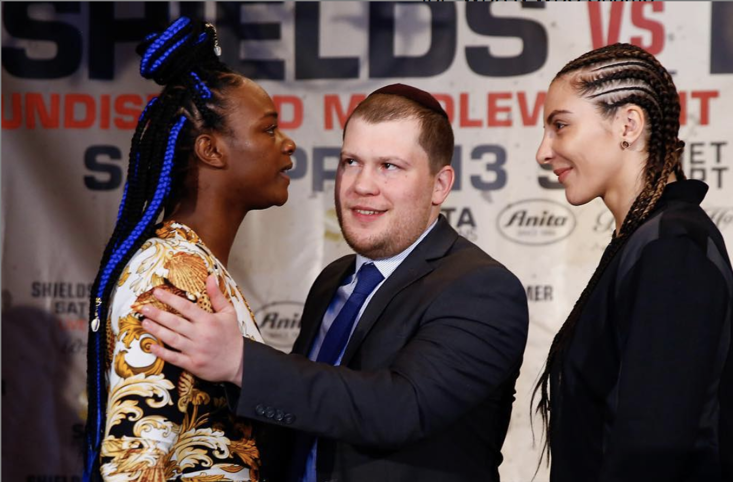 Similar to many of the biggest stars on the male side of boxing, Shields had to rise through poverty to get where she is. Born in Flint in 1995, she didn’t learn to speak until she was 5 and her parents would often go missing leaving her to fend for her siblings by herself.

“I'd have to go out and get food and whatever food we got I would always give to my younger siblings. If there were two packs of ramen noodles, my little sister ate one, my little brother ate one and I didn't eat” she stated in a BBC interview back in 2017.

Her opponent, Germany’s Christina Hammer, is the more established of the two fighters bringing with her across the Atlantic a 24-0 (11) pro record.

Shields is expected to win this and is just 1/3 to make it win number nine, but there is no doubt that Hammer is her toughest opponent to date and she certainly has the potential to bring the 24-year-old’s blossoming career to a sudden halt.

"This feels great and is a great opportunity to show the world great female boxing, and that women can be strong, athletic. It will be the game changer of women's boxing,” said the Kazakhstan-born Hammer and maybe she’s right.

The winner of the bout will have the right to call themselves the best middleweight on the planet and this weekend could provide women’s boxing with its first real worldwide icon.

Female sport is moving in the right direction, attendances in women’s football have been smashing records in recent weeks (a stunning 60,739 turning out to watch Atletico v Barcelona ladies’ sides) and the aforementioned Katie Taylor has already proven she can become the headline event at stadiums over here - hopefully by the end of this weekend we’ll have a new megastar to help carry women’s sport forward.

If you’re at a loose end at 2am Sunday morning and are interested in seeing an exciting fight heaped in genuine animosity between the two combatants, you can catch Shields vs Hammer on Boxnation.