In recent years, we have seen people from all walks of life take to the boxing ring. YouTube dweebs have squared off with pound-for-pound kings. Basketball players have been pole-axed, MMA fighters have been paid and boxing has offered up its pensioners. There hasn’t been a boxing match quite like this one though.

British Strongman Eddie Hall and Game Of Thrones star Hafthor ‘Thor’ Bjornsson weigh a combined 600 pounds, and these two muscled maulers have wanted this fight for a long time. The pair competed against each other at the 2017 World’s Strongest Man competition. Hall won, but one of Bjornsson’s lifts was voided in the process. The big Icelander claimed he was robbed, and a feud was born.

The bout was originally slated for last September, before former World’s Strongest Man Hall pulled out with a torn bicep. The titans look set to tangle now though, in this most unique of boxing attractions.

Here’s how to watch ‘The Beast’ take on ‘The Mountain’.

How to watch: The bout will be broadcast for free on Segi TV https://www.segi.tv/thorvseddie

Last Fight: Hall will be competing as a boxer for the first time. He begun training in 2020, after retiring from World’s Strongest Man after his 2017 victory. ‘The Beast’ will be a playable boxer in the upcoming eSports Boxing Club video game from Steel City Interactive. 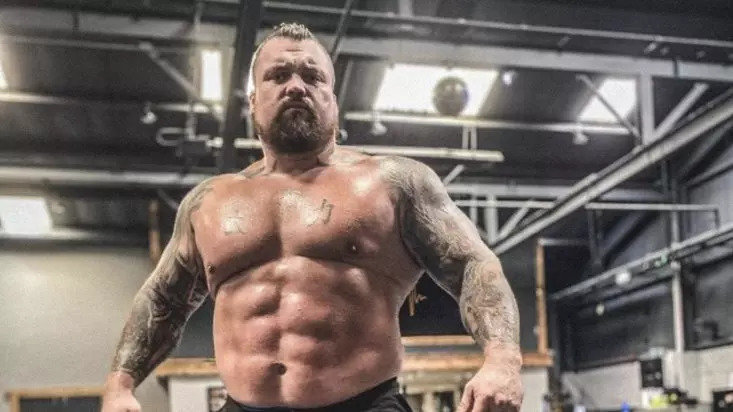 "Purposely kept heavy throughout my camp for power and I fully intend on delivering it. And don’t worry I can work for 10 rounds! I’m calling this journey ‘The Desolation of Thor’. Almost time for that big crybaby to pay!"  [Instagram]

“I’m honestly ready for whatever happens. I’m ready for Eddie to come in throwing all kinds of hooks. I’m just going to do my part and do my boxing and use my boxing ability and just box. I think that’s going to do the trick.” [Talksport]