Snooker may have gone global in recent years, but three of the UK's homegrown stars – the famous ‘Class of 1992’ trio of Ronnie O’Sullivan, John Higgins and Mark Williams – remain centre stage at the Crucible for the Betfred World Championship.

Williams has seen his controversial break-off shot given the official green light ahead of a titanic Crucible clash on Friday against Higgins. Wales’ Williams, 46, and Scot Higgins have seven world titles between them - sharing some epic battles at the iconic Sheffield venue.

Williams famously did his press conference naked after beating Higgins 18-16 in a 2018 final viewed as one of the greatest ever matches. And Higgins, 45, like Williams in his 29th season on tour, has won only one of their three classic world semi-finals.

But Williams triggered a storm in his first-round match by continuing a negative tactic he has employed all season. It involves rolling off just the back cushion to nestle in the pack of reds - preventing any chance of easy openers for his opponent.

Ironically three-time winner Williams is also the fastest player on tour and one of the game’s most entertaining stars - and he was angry players other players were consulted on the row. 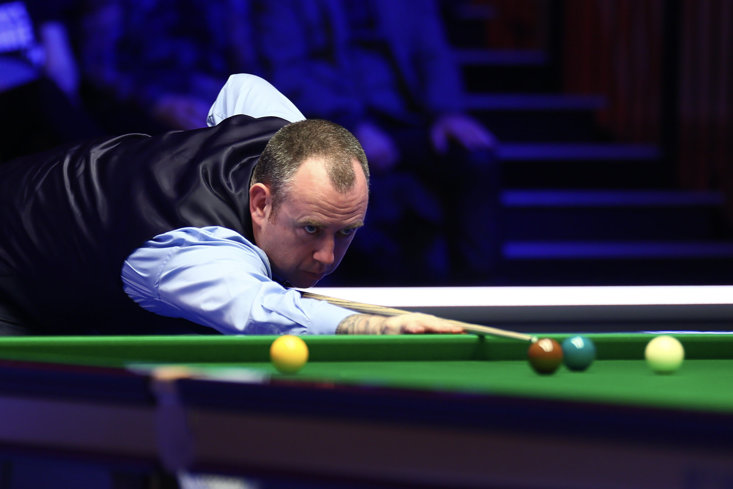 An exasperated Williams, fearing a ban on the shot, said, “I am the fastest player on tour – there are more important things going on in the world than moaning about my poxy break-off.”

Record seven-time world champion Stephen Hendry, commentating for the BBC, made his feelings clear. He said, “I hate it. Mark has used it this season but it is very negative.

“He says within two or three shots it is back to normal, which it is…but if you’re going to play that as your first safety shot, you may as well break off properly.”

However WPBSA chairman Jason Ferguson said last night, “Asking the players for feedback was certainly not a personal attack on Mark Williams.

“He is one of the most entertaining players ever. He’s fast, he gets on with it, and is a class act. But the shot did creep in with other players.

“We referred the finding back to the rules committee chaired by referee Jan Verhaas, they looked at it and felt there was no need for a rule change or further attention, and I agree.

“He’s done it because the standard of long potting has improved so much, is entitled to play shots withing the rules, and what is the difference between that and some other defensive shots?”

Meanwhile Higgins is only too aware that Williams has inflicted some of his most painful defeats at the Crucible – but remains proud to be part of a trio also including Ronnie O’Sullivan. 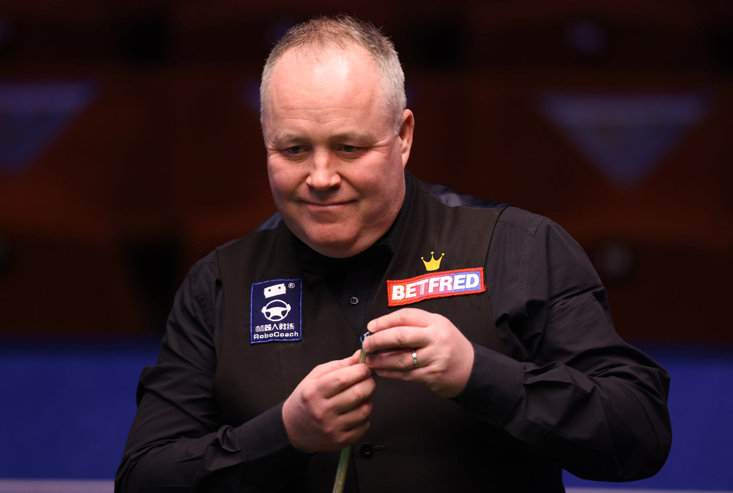 He said, “At this venue he’s given me three of my biggest ever losses; two semis and a final. He’s played unbelievable stuff against me – Judd Trump aside in 2019, consistently the best anyone’s ever played against me here.

“It will be rolling back the years, and that 2018 final will be up there without a shadow of a doubt standard-wise as one of the greatest matches here ever.

“I’ve grown up with Mark and Ronnie from junior days. Ronnie’s breaking all of the records just now, but Mark’s not too far behind as one of the best players I’ve played with.

“I’m so proud to have come through with those two guys turning pro min the same year, it’s incredible.”

On the match against Higgins, Williams said, “It will be another great occasion against John. The last match we had here, the final three years ago, was the best match I have ever been involved in.

“Thirty years after we first played and we are still going. He is 45, I am 46 and playing at the Worlds over three sessions…it doesn’t get any better.”

Meanwhile, O’Sullivan was pegged back by Scotland’s Anthony McGill in the first session of their best-of-25 frame last-16 clash. 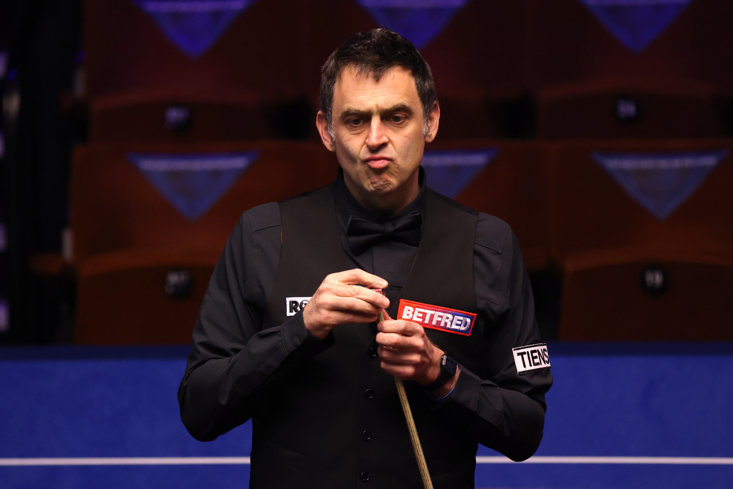 The Rocket finished level at 4-4, after the defending and six-time world champion, 45, raced into a 4-1 lead boosted by brilliant breaks of 81, 105 and a superb total clearance of 138.

But looking set to clear up for a 5-1 lead O’Sullivan, chasing a record-equalling seventh crown, screwed the cue ball back into the green pocket while potting the last red.

Last year’s semi-finalist McGill then made it three in a row, while blowing an excellent chance of a first Crucible maximum 147 when missing the 13th black on 97.

Six-time champion Steve Davis said, “That was massive for Anthony McGill, he’d probably have bitten your hand off for 5-3 down so 4-4 is a real bonus.

“It all pivoted on the sixth frame when Ronnie messed up screwing the white into the pocket, but Anthony came back very strongly.”

World No7 Murphy, 38, who has lost almost a stone and a half in a charity weight-loss challenge with snooker MC Phil Seymour, knocked in breaks of 93, 113 and 131.

He said, “I am thrilled to still be in, there haven’t been so many victories this season. And I look forward to playing Yan, it was thrilling to see a young player like that winning the Masters.

“I did feel more comfortable out there after losing the weight, I could use my smaller waistcoat and do up my top button easier, but there is more work to do there.

“I stole a couple of frames against Mark and coming out today I knew I had won from further behind than 5-4, and I played well.”