Football
News
Over 33,000 tickets have been sold for tonight's Poland match, highlighting the renewed fervour for international football north of the border
Graham Semple
11:05, 24 Mar 2022

In years gone by, an international break for consecutive Scotland friendlies at the business end of the domestic season would result in the national squad being decimated by injuries.

Perhaps unsurprisingly, with World Cup play-offs on the horizon, Steve Clarke has close to a full complement of players available for selection. Competition for places is driving attendance, but unlike in previous seasons, the squad seem enthused by the prospect of international gatherings - even for inconvenient and mundane friendlies against Poland and Austria or Wales.

Clarke has created an environment the players enjoy, team spirit is strong, and the murmurings of discontent that undermined Alex McLeish’s second spell in charge have disappeared. The cloak of gloom that engulfed the national team has finally lifted, and optimism is unusually high.

Ryan Jack has returned to the international fold after a 12-month absence. The Rangers midfielder, once valued by Steven Gerrard and now appreciated by Giovanni Van Bronckhorst, is a favourite of Clarke. He will be managed carefully over the next week and is expected to feature prominently in the play-offs in June.

Jack, who missed Euro 2020 with injury, is competing for a berth in the most competitive area of the team. Billy Gilmour, John McGinn and Callum McGregor have all performed excellently in dark blue - and Scott McTominay is also occasionally used in the middle of the park.

Clarke is spoiled for choice in the engine room. Moving McGinn into a more advanced role - with Gilmour, Jack and McGregor providing tenacity, graft and guile behind - is likely to appeal to a pragmatic manager contemplating options for the play-off against Ukraine. 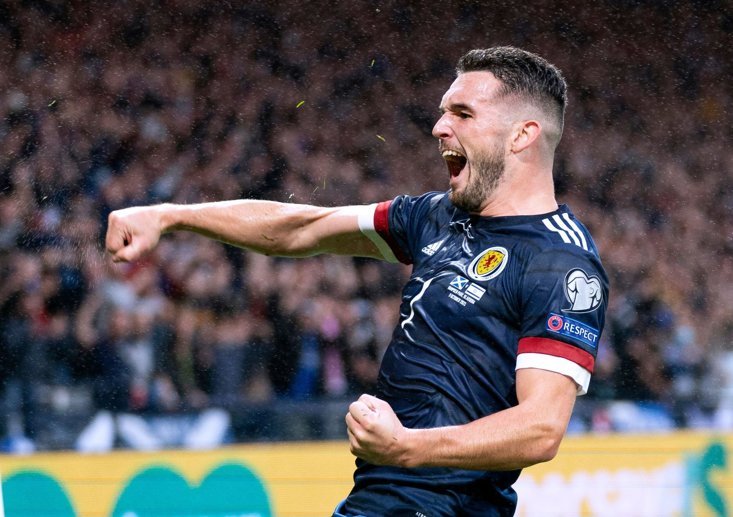 Aaron Hickey, who has earned praise for his Bologna performances in Serie A, looked set to make his debut against Poland instead of the unavailable Andy Robertson. The teenager is struggling with illness, though, and is considered an unlikely starter. Kieran Tierney will either move into the left wing-back slot or Greg Taylor, performing well at Celtic, will get a rare opportunity to stake a claim.

The left side is overflowing with options, yet right wing-back choices are severely limited. Nathan Patterson has featured just once for Everton since his move south in January, while Stephen O’Donnell is no longer a guaranteed starter at Motherwell. Patterson will benefit from much-needed game-time, but he remains on the fringes at his new club - far from ideal with the play-offs just three months away.

Ross Stewart has received international recognition for the first time due to his goalscoring exploits in League One. It was surprising it took so long for the 25-year-old to achieve a move away from Ross County. He has grasped his opportunity at Sunderland and is capable of performing at a higher level. The gangly forward has attributes that appeal to Clarke – tall, mobile and hard-working - and he could feature against Poland due to Lyndon Dykes' injury.

Over 33,000 tickets have been sold for the Poland match, highlighting the renewed fervour for international football north of the border. Tartan Army members have been encouraged by the progress made, and excitement has replaced apathy. Friendly results will have little bearing on the play-offs, but maintaining momentum over the next seven days has to be the aim.

Clarke's cautious approach is not universally appreciated, the manager has his detractors, and the team reflects his principles. Scotland are disciplined and robust, yet a lack of creativity is not the problem - converting chances remains the long-standing issue.

Generating enthusiasm for consecutive friendly matches is not easy. International challenge contests are often turgid affairs, but at least watching Scotland is no longer the arduous chore it once was.

Scotland are 8/5 to beat Poland with Betfred*