It’s been a torrid season for Derby County fans, ending in relegation to League One, but fans could finally have something to celebrate following news that David Clowes has had his bid to buy the club accepted. He hopes to complete the purchase on Wednesday.

Administrators Quantuma announced the news in a statement today and said the monumental update comes after positive talks over the past few days culminating with an offer from Clowes' property company, Clowes Developments, being accepted.

In the statement, Quantuma said: "All parties are now working hard to conclude what is still a complex legal transaction within a very short timeframe. Once concluded, the transaction will enable the club to move forward and prepare for the upcoming season out of administration.

"It will also ensure that Pride Park Stadium and the club are under the control of a new, local owner with the commitment and resources to enable the Club to move forward with a clean slate. The offer also provides the best return for creditors and enables the Joint Administrators to fulfil their statutory duties and will ensure that there are no further points deductions levied against the club once it is out of administration.

"The acceptance of Clowes’ offer, and the entering into a period of exclusivity means the joint administrators are now prohibited from continuing discussions with other parties who had indicated an interest in acquiring the club. The main focus is now on concluding the transaction with Clowes within the targeted timeframe." 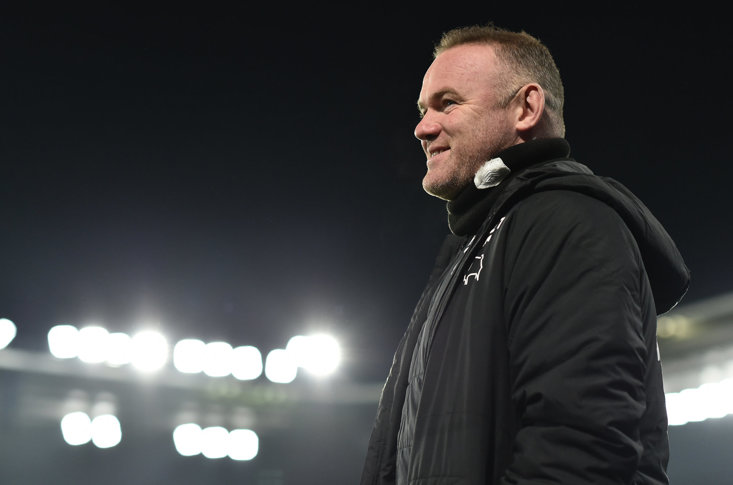 Wayne Rooney left his role as manager on Friday

It’s been a busy week for Rams following the departure of manager Wayne Rooney on Friday. Earlier today, it was announced that Liam Rosenior has been appointed as interim manager. Rosenior will take charge when Derby report back for pre-season training on Monday.