Horse Racing
News
After missing out last year due to the coronavirus pandemic, the May meeting in Chester makes a welcome return in 2021
Matt Hulmes
18:00, 04 May 2021

After losing the May meeting at Chester last year due to the pandemic, it makes a welcome return to the fold in 2021. With recent winners such as Kris Kin, Enable and Ruler Of The World using this meeting as a springboard to classic glory, these three days are bound to unearth some stars of the future alongside competitive action and hard luck stories aplenty.

The Lily Agnes is for juveniles who have shown a good level of ability in the early weeks of the season and as always, the draw is key over five furlongs here. Navello has the plum draw in one, but has been slowly away in her latest starts, unlike DEVIOUS ANGEL, who blitzed the gates at Southwell on a surface that suggests some cut underfoot may suit. She ran in a hot Newmarket maiden that is working out well and can start the new season at Chester in the perfect away for local trainer Tom Dascombe. 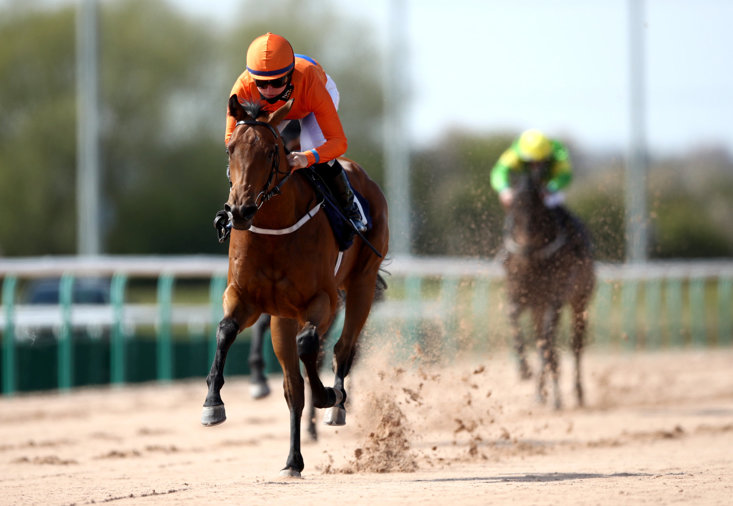 Armor was a comfortable winner on quick ground at Doncaster eleven days ago and will be popular with Ryan Moore aboard, but will need to be alert from stall five to track across towards the rail. James Doyle is an eye-catching booking for veteran trainer Ron Harris too as they team up with Fair And Square who stuck to his task well at Windsor on debut and could outrun big odds.

Aidan O’Brien and John Gosden have won the last four renewals of this contest and of course Enable was successful in this very race before embarking on a very illustrious career.

Gosden saddles the beautifully bred Darlectable You who is the latest progeny from Dar Re Mi, making her a full sister to Lah Ti Dar, So Mi Dar and Too Dar Hot. She has been runner-up in both contests to date and this is a step up in class but is respected with that pedigree and with her connections.

Aidan O’Brien has not really excelled this year in the classic trials and saddles La Jaconde, but Ryan Moore has overlooked her. She was beaten favourite in a Leopardstown maiden three weeks ago and ran four times as a juvenile without success. Moore rides Donnacha O’Brien’s Nicest instead, who won on debut at Leopardstown before a beaten favourite in Group 3 company back in August. She is out of Irish Oaks winner Chiquita and will appreciate the longer trip.

Chances are this race lies between Zeyaadah and DUBAI FOUNTAIN. Zeyaadah is unbeaten in three starts and beat Sunday's Pretty Polly winner Mystery Angel in a back end listed contest at Newmarket on heavy ground. She will handle conditions and is of interest, but Mark Johnston’s Dubai Fountain was fourth in the Group 1 Fillies Mile last year on soft ground, one place behind 1000 Guineas winner Mother Earth. 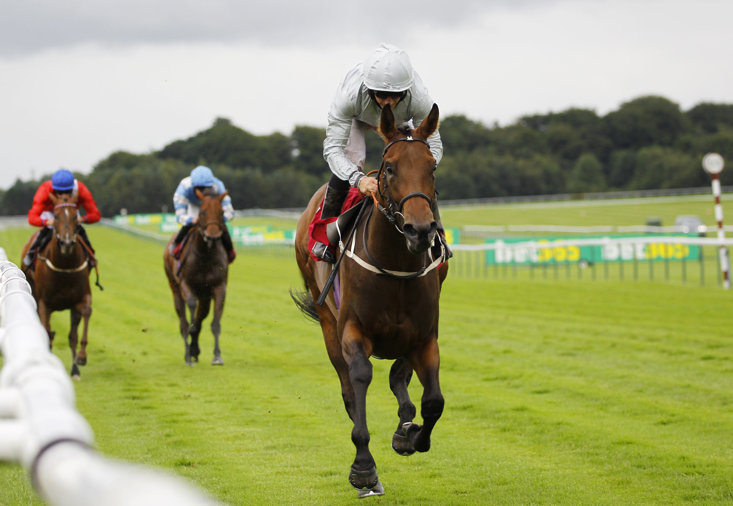 Her other soft ground start saw her bolt up at Haydock and as a half-sister to useful hurdler and flat stayer Leoncavallo, should appreciate the step up in trip.

A five-furlong sprint handicap where the draw is all important.

Imperial Force has the plum box and on his Royal Ascot third to The Lir Jet looks absolutely thrown in. However, he failed to get his head in front after that and has been runner-up in a coupe of novice events already this season. A mark of 89 does not look a gift.

Army Of India, under Franny Norton, ran an eye-catching second at Doncaster twelve days ago and is interesting having won on slow all-weather surfaces twice, including once under Norton. He will need to track over form stall six but he has the right man on board to negotiate a passage.

Showalong is two from two on soft ground and will have his conditions here. Well drawn in four under David Allan, I expect he will make a bold attempt on just his sixth start and he ran okay on his seasonal reappearance at Thirsk recently.

HARMONY LIL is another chance for Tom Dascombe on the card this afternoon and she is the choice to take her course career to three from three. Both her wins here were over six furlongs but she has the pace to lie up over five and can track Showalong from a berth next door in five.

She ran well when a close fourth on soft ground at Haydock last season and was narrowly beaten on her return at Ripon three weeks ago.

The Chester Vase has gone to Aidan O’Brien in seven of the last nine running’s and of the three he originally declared, two have since been taken out. He relies on Sandhurst who was well held by 2000 Guineas runner-up Master Of The Seas in the Craven. Cheek pieces are reached for but O’Brien’s record in the trials this year have been underwhelming and he is passed over.

Fancy Man was well-beaten when fancied by me in the Fielden Stakes despite giving a penalty away and steps up in trip this time, while Pleasant Man won on debut last year and made a pleasing return at Windsor this season and has the services of Oisin Murphy.

Youth Spirit was just a couple of lengths ahead of Fancy Man at Newmarket when ridden by Murphy, who was also aboard for his maiden success which came on soft ground. Tom Marquand takes over in the plate.

Godolphin have two and look to hold the key. Law of The Sea won on turf debut at Leicester in impressive fashion but that was on quick ground although he did win on a slow all-weather surface, just like WIRKO. He won the Blue Riband Trial at Epsom, looking to need every yard of that ten furlongs. 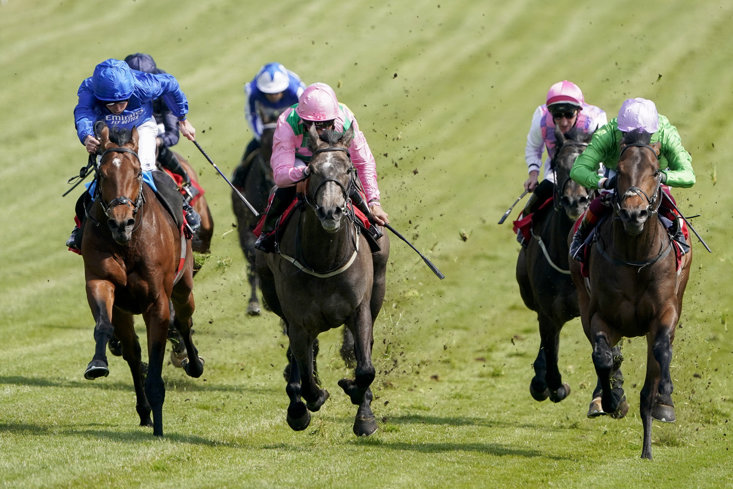 The experience of that track should stand him in good stead for this test upped to twelve furlongs and can land the hat-trick on route to the Derby.

A very competitive six-furlong 3yo handicap come along at 3.45 and it looks a tricky puzzle to solve.

GOOD LISTENER caught the eye towards the bottom of the handicap for Richard Hannon and Thore Hammer Hansen. He is lightly raced, having just his fourth start, and is well berthed in stall four. He won on soft ground on his final juvenile start at Windsor and despite being well-beaten at Wolves on his return, he missed the break there under a young 7lb claimer and can be forgiven that effort. He’ll need to be on his mettle from the gates, but I think a mark of 77 is someway below his ability.

Salsoul from stall one is also interesting on his first start for David Griffiths. He was well held on his final start at Goodwood for Mark Johnston as a juvenile and his new handler has had lots of success with sprinting cast-offs, such as Duke Of Firenze, Take Cover and Ornate. He looks an interesting each way play at double figure prices.

Uncle Jimbo will put the pace to the race from stall two and was not beaten far behind Happy Romance with cut in the ground at York last year and was sent off at just 13/2 for the two-year-old trophy last season. The in-form Brian Meehan yard rely on Tanfantic under William Buick. He has only had four starts, winning two of them but this will be his first start on slow turf which he needs to prove suits.