Cricket
News
After contributions in all departments, Joe Root will want more of the same at The Oval
Kris Voakes
18:32, 30 Aug 2021

“Just when I thought I was out, they pull me back in…”

There was a moment there where we thought we could all write off the rest of England’s Test summer as it unravelled before our eyes. We had seen a combination of Joe Root and the rain save them in the First Test at Trent Bridge and then an all-too-familiar collapse led India to take a thoroughly deserved lead in the series at Lord’s. With problems coming out of their ears, a further three weeks of pain appeared to be an inevitability.

But then Headingley happened. The phenomenal innings victory in the Third Test in Leeds has suddenly given English cricket fans a bit of belief again. Root was again the leader of the pack with a magnificent 121, but contributions – finally! – from the top order, with Rory Burns, Haseeb Hameed and the recalled Dawid Malan all scoring 60-plus, meant that the skipper wasn’t alone when it came to showing the prowess and patience to be a top Test match batter.

With the ball, Jimmy Anderson was the standout in the first innings as India were skittled for 78 and Ollie Robinson the pick in the second as the home side got the job done with half of the Test match to spare. But without wanting to diminish their impact on the result, the bowlers were never going to be the ones under the spotlight at Headingley. 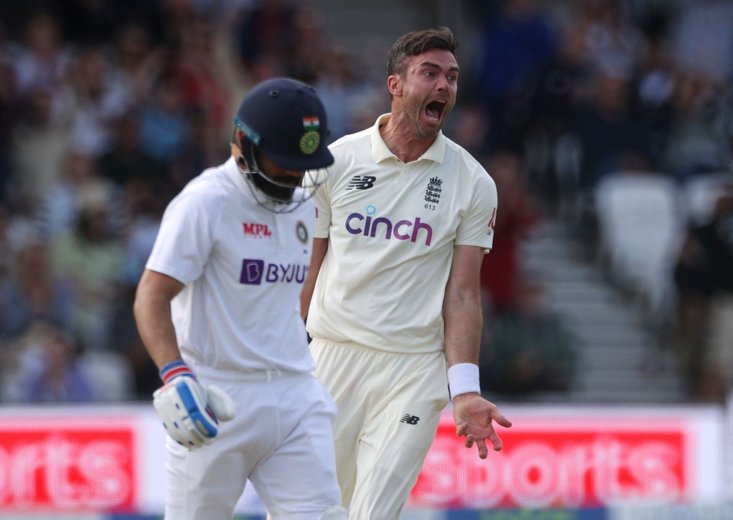 ANDERSON TOOK 3 FOR 6 IN EIGHT OVERS AT HEADINGLEY

For too long, England’s batting has failed them. Their 432 in Yorkshire was the first time in eight Test matches that they had passed 400 in an innings, with their 578 all out against India in Chennai in February also being the last time they had won. And in their 21 innings in 2021, Root has supplied at least 20% of their total on 13 occasions. It was clear they needed a deeper supply of runs beyond the skipper himself.

What they need now is consistency. Head coach Chris Silverwood claimed after the series leveller that he and Root had learned lessons from a slipshod fielding plan at Lord’s, telling reporters: “Joe and I reflected on the Lord's Test and thought about what we could learn and how we could get better. And I think there was a controlled aggression around what they did, the way they hit the lengths hard, the way they put the India tail under pressure and forced them to make decisions all the time.”

But if that is truly the case then the Fourth Test, which begins at The Oval on Thursday and for which England are 6/5 favourites with Betfred, has to be a showcase of similar abilities. There needs to be that mix of Test match temperament with the bat, constant pressure in the field, and relentless probing with the ball, with the former in particular having been notable by its absence for far too much of the past 12 months.

If England are to have any hope of winning this five-Test series, let alone going on to be a serious threat to Australia in this winter’s Ashes, then more of the same is needed going forward. Whatever it was that sparked that winning formula at Headingley, England must show a whole lot more of it in the testing times to come. Otherwise, that fear of inevitable failure which can so often surround our cricket team will soon return.