Football
News
Fabio Paratici's exit at Juve could open the way for Max Allegri to return
Kris Voakes
15:02, 27 May 2021

Most clubs who have just secured a league title immediately look at ways to build on their success. Inter Milan didn’t do that. Instead, they got straight to work on preparing the dismantling of their Serie A-winning squad. And the inevitable result is that Antonio Conte is no longer their head coach, with their time back at the top set to be very short indeed.

It has been something of an open secret for a period of some months that this would be the way Inter’s season would conclude. Conte demands the highest levels of support from his employers, while the Nerazzurri need to recoup cash after their owners overspent in a big way to secure the club’s first league title in 11 years and first trophy of any description in a decade.

It is only a couple of weeks since Inter president Steven Zhang asked the entire playing squad to forego two months’ wages mere days after clinching the Scudetto, such are the inherent financial problems at play for the San Siro club. While the Covid-19 pandemic has obviously hit the club in the pocket in the same way, with the Deloitte Football Money League estimating a revenue drop of around €70m last year, that does little to explain the Beneamata’s near-€500m debt.

The additions of the likes of Romelu Lukaku, Christian Erikson, Achraf Hakimi and Nicolo Barella did much to make them a machine on the pitch, but the package came at a huge cost financially. And Conte is not the type of man to stick around if a club’s project doesn’t have a bit of thought behind it.

The former Italy coach now has five league titles in seven domestic seasons to his name, and he bought into the Inter vision thanks to his former Juventus sporting director Beppe Marotta. But now that the cycle is coming to an end, Conte was never going to stick around for the fallout. 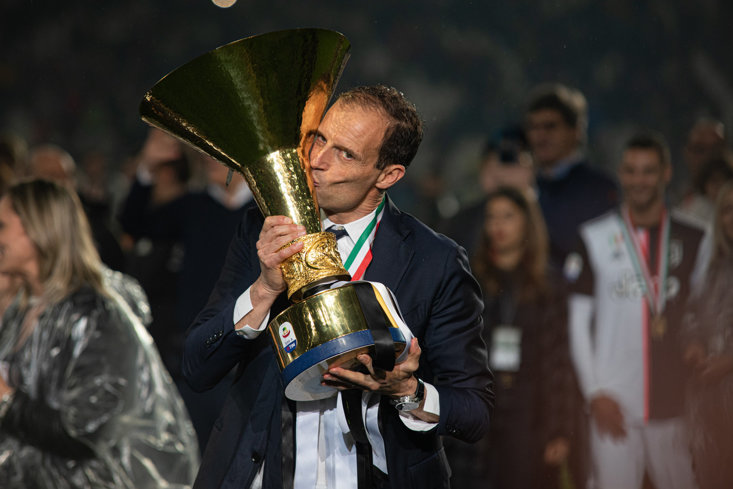 Over at the Allianz Stadium, more changes are afoot. Marotta’s successor, Fabio Paratici, is leaving the club after failing to build on the club’s nine-year dominance of the Italian game. Their first season without the Scudetto since 2011 has resulted in a rethink, and it was never going to be just coach Andrea Pirlo who would pay the price.

Despite scraping the Bianconeri into the Champions League on the final day of the season, Pirlo could well be replaced by Massimiliano Allegri this summer. Allegri oversaw five straight league titles in Turin between 2014 and 2019, but it was Paratici who persuaded president Andrea Agnelli to part ways with the former AC Milan boss with the relationship between the pair said to be icy at best.

Now that Paratici is out of the picture, Allegri could well be on the way back, and with Inter set to go through a very uncertain period there is every reason to believe that the shift change of 2020-21 will prove to be an anomaly. Inter’s rise has been rapid, but the spark has burnt out within weeks. Meanwhile, Juventus are going about undoing the damage which resulted in them falling from the top of the tree. While Cristiano Ronaldo's contract remains something of a millstone for them, their issues are small fry compared to the problems many of their rivals are having to deal with right now.

Normal service might be about to resume in Italy.