Football
News
The Italian has led Real Madrid to the Champions League final for a second time
Kris Voakes
12:00, 05 May 2022

May 5, 2021. Carlo Ancelotti wakes up and checks the Premier League table. His Everton side are eighth, two points behind local rivals Liverpool with five games to go. This is not the pool he is used to swimming in, but a battle with Jurgen Klopp’s men appears on the cards.

That is not the way things turn out though. Ancelotti’s Toffees would go on to win only two of their remaining five league games en route to a disappointing 10th place finish while Liverpool won five straight matches to end up third and qualify for the Champions League once more.

May 5, 2022. Ancelotti rises with a smile on his face. Liverpool are in his sights again, but this time in the Champions League final and he will arrive there as the most coveted manager in the fixture’s history. It’s his fifth appearance in the dugout at European football’s biggest of nights. His departure from Goodison Park and return to Real Madrid could barely have gone better.

The nature of Los Blancos’ journey to the Stade de France was chaotic, but it is no coincidence. Ancelotti, famed for giving his players the licence to play with freedom, has had Madrid believing in themselves down to the last second of every single round.

They were two goals down to Paris Saint-Germain before an incredible Karim Benzema hat-trick. Pundits cited PSG’s annual tendency to fall apart as the key in the turnaround. But then it happened again. A Benzema treble against Chelsea looked set to be futile as the Blues came back to lead the tie 4-3 on aggregate. Then Rodrygo dug them out of the hole and Benzema supplied the winning moment once more.

Against Manchester City it shouldn’t have even been a possibility. Pep Guardiola’s side led 2-0, 3-1, 4-2 and 5-3 on aggregate at varying times. Four leads of two clear goals. Yet Ancelotti has instilled the kind of never-say-die attitude that meant one goal might always lead to more, and Wednesday’s late, late show ended up shocking everybody and nobody at the same time. 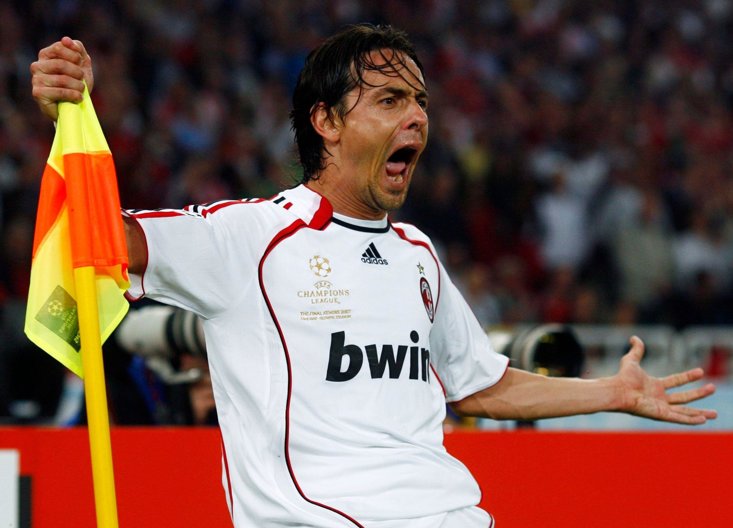 Ancelotti has always been a laid-back character, fostering a calm and a confidence within playing squads even when demanding owners and board members have dominated clubs at which he has worked. He let Silvio Berlusconi rule the front-page headlines at AC Milan while he quietly got on with leading the Rossoneri to two Champions League titles and a Serie A triumph.

When he went to Roman Abramovich's Chelsea he delivered a swashbuckling style of play with players many of whom had previously been asked to play in a niggly, structured way under Jose Mourinho. Under the Italian they stormed to a Premier League title scoring 103 goals with a +71 goal difference.

The cool persona has worked elsewhere. He brought PSG their first Ligue 1 crown under the Qatar Sports Investment group, then joined Florentino Perez at the Santiago Bernabeu and immediately led Real Madrid to a long-awaited 10th Champions League success in Lisbon.

Including his Bundesliga title with Bayern Munich in 2017 and this season’s La Liga success in his second stint with Madrid, Ancelotti is the first manager to win the domestic crown in each of the top five European leagues, and his new mark for Champions League final visits also sets him apart from the rest.

Whenever he has been given the reins at a leading club he has been able to quiet the noise that comes with leading a giant and get on with making the squad feel like winners. He embraces the pressure and the expectation without claiming any real credit. At Madrid he has spoken about the ‘magic’ of the Bernabeu, and on nights like Wednesday that has materialised in the most dramatic of circumstances. He never lost faith in his players, and they knew it. As a result, once Rodrygo made it 5-4 on aggregate there appeared little doubt they would complete yet another comeback.

“I cannot say we get used to living this kind of night but I think the same thing happened tonight that happened against Chelsea and against PSG,” he told BT Sport after turning City over. “It’s really difficult to say why, but the big history of this club helps us to keep going when it seems we are gone.”

And now he faces up to Liverpool and Klopp in what ought to be an incredible Champions League final. “It’s an unbelievable challenge, I’m really happy to be there against another great, great rival, but we are used to it,” he added of the challenge that awaits. “I think it will be another fantastic game for football.”

He has already met Liverpool twice at this stage as Milan boss in 2005 and 2007 but there is almost nothing you can throw at Carlo Ancelotti that he hasn’t already faced – and overcome. He just oozes class and confidence, like he belongs at all the biggest occasions. And that’s because he does.

From 10th in the Premier League to La Liga champion and Champions League finalist. A year is a long time in football, but this is Ancelotti simply reverting to type. There’s no keeping a very, very good manager down.