Lionel Messi will be hoping to inspire Argentina to a record-extending 15th Copa America as he looks to claim his first major international title for the South American footballing powerhouse.

The superstar will be preparing himself and his side for their semi-final clash with Colombia on Wednesday, which is shaping up to be one of the biggest games of his career.

That is certainly saying something for a man who has won 34 trophies across his glittering career, but those were all won in the blue and red of Barcelona with success on the international stage having famously always eluded him. Until this year perhaps?

Messi has been simply exceptional so far in this year’s Copa America, with four goals and four assists to his name in just five matches. The ten-time La Liga winner is once again proving he is in a league of his own as he desperately tries to win some silverware with La Albiceleste.

With the final years of his playing career upon him, Messi will want to go out on a high. While grey clouds have formed over Camp Nou in recent years, the Argentinian has become increasingly frustrated but has turned that frustration into a burning desire which has turned his attention back to his international side.

He wants to be able to leave a lasting legacy with Argentina, even if it were only one Copa America win. The pride he has brought to his homeland for being one of the greatest footballers to ever play the game is enough alone, but he wants to give them something they can personally celebrate this summer. 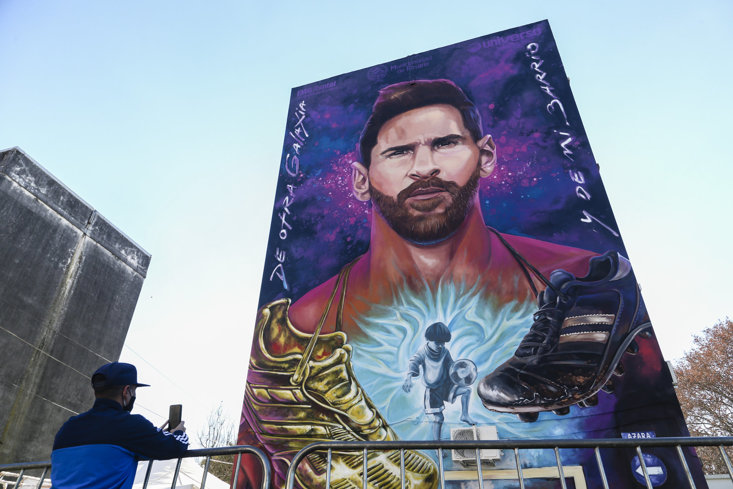 A Lionel Messi mural in Argentina

Argentina will face a tough test from Colombia and they will need to be well-drilled and give the support that Messi needs to carry them to the final against hosts and famous rivals Brazil. That means there are two really tough matches that stand in the way of the international glory that Argentina have missed for 28 years – when Messi was just six-years-old.

There has never been any doubt in the star’s ability, it was always a case of whether he had enough support within the national side. This time he seems to have galvanised his teammates in such a way that there is a real sense of positivity in that they can go all the way this year and give Messi that one international trophy he thoroughly deserves.

A Barcelona legend and one of the finest footballers to ever grace the planet, he will leave a legacy on the beautiful game for generations to come, regardless of the outcome in Brazil this summer. But, should he and his nation finally triumph, that would be the cherry on top of a remarkable career.