Being a child superstar can be tough. Macaulay Culkin, Britney Spears and more recently Millie Bobby Brown will all attest to that.

The sporting world, like showbiz, does not go easy on its young prodigies. Cori ‘Coco’ Guaff is the latest young superstar to capture the public's imagination after an incredible debut Wimbledon campaign that saw her reach the fourth round at her very first major tournament. She won three qualifying games just to reach the first round and then went on to beat Venus Williams, Magdalena Rybarikova and Polona Hercog to make it into the last 16 of the competition.

Her stock has never been higher and it looked at one point that she could win the whole competition but beating Simona Halep proved to be a step too far for the 15-year-old. She scooped £176,000 for her week’s work at SW19 but must keep up her hard work and make sure things are right for her off the court to fulfil her potential.

In tennis, Jennifer Capriati is a prime example of how success at a young age can affect teenagers mentally. At the age of 13, she reached the semi-finals of the French Open, made it into the WTA top ten after just one season as a professional and had won Olympic Gold by the age of 16.

By the time she was 17 she had had enough of tennis and took a two-year break from the tour, during that time she entered a drug counselling programme, contemplated suicide and was arrested for shoplifting. But she bounced back. By 2001, she had turned her life around and was back at the peak of her game on the court.

She recorded her first Grand Slam titles, winning the Australian and French Opens that year before successfully defending her crown down under in 2002. She retired at the age of 28 and has since required more treatment for drug abuse.

Another female talent, Jelena Dokic, beat Martina Hingis at Wimbledon as a 16-year-old in one of the biggest shocks of all time but off-court issues with her father, including mental and physical abuse, threw her career off track.

In the men’s game, Bernard Tomic won everything in the junior game and claimed he would go on to win all the Grand Slams as an adult. His confidence has not been backed up by his on-court performances however as he has failed to reach the last four of any major tournament.

His career was typified by his mystifying performance at Wimbledon this year in which he showed a complete lack of effort against Jo-Wilfried Tsonga, showed no remorse in his post-match press conference and then was fined his match participation fee of £45,000. What a waste of talent.

Sporting Life
@SportingLife
ðŸ˜¡ Bernard Tomic was beaten in 58 minutes after a disgraceful lack of effort against Jo-Wilfried Tsonga in the first round.
It was the quickest win in the men's singles since 2004.
ðŸ’·ðŸ‘Š The Australian has now been fined all of his Â£45,000 prize money. 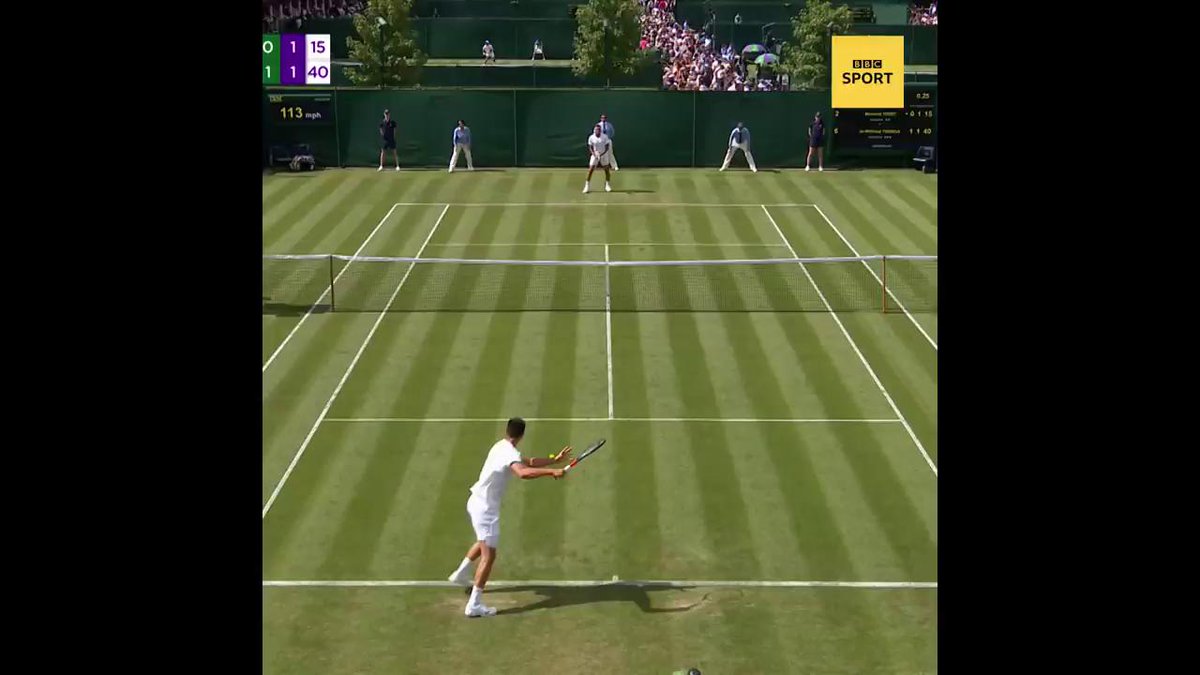 Away from tennis, Freddy Adu is perhaps the highest-profile example that football can provide. A name synonymous with Football Manager players, he impressed for DC United at the age of 14 before being dubbed the next Pele, even having a trail at Manchester United. The world was his oyster yet instead of flourishing, he clammed up. He went from dating Jojo to being a football no-show and his career simply never took off despite spells at Benfica and Monaco and he is currently without a club having been released by the Las Vegas Lights last year at the age of 30.

Golf is one sport that sees several talented youngsters compete with adults at major tournaments. Beverly Klass was regarded as the next big thing in the 1960s having won 25 amateur tournaments before she was nine. She became the youngest player to ever compete in the US Women’s Open at just ten years old.

She lost her love for the game and her overbearing father beat her due to this loss of interest yet continued to play for 12 years without much success before retiring in 1988.

Of course, just because Guaff has started young does not mean that she will be a failure. Some of the greatest sportspeople of all time such as Andre Agassi, Serena Williams and Wayne Rooney had success at a young age and went on to enjoy incredibly successful careers. But as we have seen, media exposure and hype at such a young age is not always a good thing...

x
Suggested Searches:
Tyson Fury
Manchester United
Marcus Rashford
Lewis Hamilton
F1
Air Jordan
More
tennis
Netflix Doc 'Settling The Score' Shines Light On One Of Sport's...
Sporting injustices have tarnished the game throughout history, but the injustices that go under the [ ... ]
tennis
Long Live The King Of Clay! Nadal's Fifteen Year Love Affair...
A million seconds is eleven and a half days, yet a billion seconds is 31 years and seven months.  [ ... ]
tennis
Djokovic's Disqualification Disaster And Other Tennis Stars...
The look of horror hit Novak Djokovic almost as quickly as the tennis ball that rifled into the throat [ ... ]
tennis
Arthur Ashe, The History-Making Trailblazer Who Transcended...
Arthur Ashe is the only black man to win the singles title at each of Wimbledon, the US Open, and the [ ... ]
tennis
40 Years On From Borg, McEnroe And The Greatest Wimbledon Match...
In a match that is widely regarded as arguably the greatest-ever to be played at Wimbledon, Bjorn Borg [ ... ]
tennis
The Tennis Podcast Is All You Need To Get Through The Wimbledon...
Having planned, once again, to broadcast everyday through this year’s Grand Slam tournaments, [ ... ]
tennis
Andy Murray Can Still Compete But Has Nothing Left To Prove,...
Andy Murray knows a thing or two about creating history. The man who became Great Britain’s [ ... ]
tennis
Andy Murray Looking At Miami Open Return After Extended Injury...
Andy Murray is targeting a return to the court at the Miami Open later this month ending his extended [ ... ]
tennis
Maria Sharapova Deserves Respect For Taking Female Earnings...
Maria Sharapova has called time on her glistening career having won every single Grand Slam event and [ ... ]
tennis
Why The Next Month Is Vital For Andy Murray And His Wimbledon...
Sir Andy Murray’s hopes of competing at Wimbledon this year and defending his Olympic title in [ ... ]
tennis
An Open Victory Would Be Huge For Ash Barty, But Even Bigger...
Ashleigh Barty has reached the semi-finals of the Australian Open for the first time in her career following [ ... ]
tennis
Performance Over Outcome: Why Federer Is Still A Beast On The...
The superlative-defying Swiss is at it again. Roger Federer has muscled his way into the Australian [ ... ]
tennis
Mr Shakira And The Multi-Billion Pound Revamp Of The Davis Cup
Premier international tennis tournament the Davis Cup, fast approaching the 120th anniversary of its [ ... ]
tennis
The Young German Ready To Shatter Djok, Federer & Nadal's Ironclad...
Rafael Nadal’s hopes of finishing the season as world number one took a serious blow with a straight-sets [ ... ]
tennis
Here's Why Murray, Djokovic And Tennis's Stars Have Been Confusing...
Andy Murray, Novak Djokovic and the rest of the tennis world have been confusing reporters and fans [ ... ]
tennis
Serena Williams And The Numbers That Have Taken Her To The Verge...
With a straight sets victory over Elina Svitolina, Serena Williams once again stoked fans’ hopes [ ... ]
tennis
Daniil Medvedev: The Moscow Menace Infuriating At The US Open
“Every search for a hero must begin with something every hero needs: a villain.” That quote [ ... ]
tennis
Coco Gauff, Naomi Osaka And Taylor Townsend: Next Generation...
Taylor Towsend stole the headlines at the US Open as the 23-year-old rank outsider knocked out fourth [ ... ]
tennis
Serena Williams v Maria Sharapova: The Rivalry That Tennis Has...
Yesterday’s build-up to the US Open was full of the cliched lines we have heard on repeat for [ ... ]
tennis
Deaf Tennis Player Lee Duck-hee Etches His Name Into The History...
Tennis star Lee Duck-hee cemented his name in the history books at the Winston-Salem Open by becoming [ ... ]
tennis
Novak Djokovic On Course To Ransack Grand Slam Record
Tennis fans around the world are privileged in the current era to witness the most beautiful race for [ ... ]
tennis
Can 2019 Be The Year Of Rafael Nadal?
Rafael Nadal is playing some excellent tennis this year and has bounced back in spectacular fashion [ ... ]
tennis
Is Roger Federer Truly The Greatest Of All Time?
Roger Federer will take to the hallowed turf once again this afternoon to take on old foe Rafael Nadal [ ... ]
tennis
Talking Balls: Slazenger’s Long And Illustrious Association...
The name Wimbledon will always conjure-up images of strawberries and cream, champagne, Henman Hill, [ ... ]
tennis
1997 Was The Year Of Martina Hingis: The Greatest Tennis Prodigy...
1997 was an eventful year in the world of sport. Tiger Woods rocketed into wider consciousness after [ ... ]
tennis
On This Day In 2011: Novak Djokovic Wins Wimbledon For The First...
Tennis feels like it's reaching the end of an era as the early days of Wimbledon race by. A golden [ ... ]
tennis
How The Simple Tennis Serve Transformed Into The Most Important...
Wimbledon - the best and most historic tennis tournament in the world got underway today. With two weeks [ ... ]
tennis
Virginia Wade: The Forgotten Champion Who Remains The Last British...
In 2013, Andy Murray ended a staggering 77-year wait for a British men’s champion at Wimbledon. [ ... ]
tennis
Wimbledon 2019: Who Holds The Records At The World’s Oldest...
The 2019 Wimbledon Championships are finally here and it looks set to be one of the most open tournaments [ ... ]
tennis
15-Year-Old Cori Gauff Makes History By Qualifying For Wimbledon...
Aged only 15, Cori Gauff has reached the main draw at Wimbledon for the very first time, and in doing [ ... ]