Boxing
News
The boxer and UFC star could do battle again on a state-of-the-art boat in Saudi Arabia
Elliott Bretland
11:23, 27 Jan 2021

Floyd Mayweather and Conor McGregor are set to go head-to-head in the boxing ring again with the duo looking into a rematch on a luxury yacht.

With the global Coronavirus pandemic seeing venues around the world closed for the foreseeable future, a bout on the ocean is being explored which will see one of boxing’s greatest legends face UFC’s biggest icon again, according to a report in The Sun.

After the first fight was witnessed by more than five million pay-per-view spectators - 4.4million in the United States and 875,000 in the UK - the fighters could now meet on a state-of-the-art cruise ship in Saudi Arabia. 16,000 tickets, too, were purchased for the mammoth clash at the T-Mobile Arena in Nevada though fans in the stadium won’t be possible this time around. 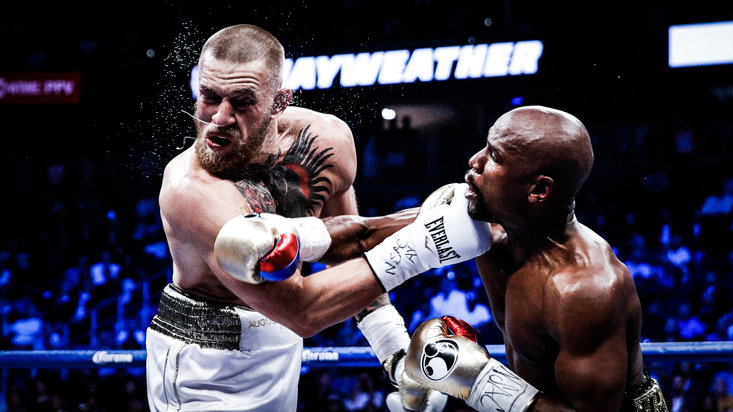 While football has continued under strict ‘bubble’ environments, so too has boxing when Alexander Povetkin KO'd Dillian Whyte at Fight Camp in the back garden of promoter Eddie Hearn for example, and so therefore a fight on a boat is likely to adhere to current restrictions.

McGregor is reported to have earned £100m in the first fight which Mayweather won to take his overall record to 50 wins and zero defeats and could be going into the next fight on the back of another loss.

Defeated by Dustin Poirier at UFC’s Fight Island this weekend, Mayweather laid into his former opponent and referred to him as ‘Con Artist McLoser’.

Speaking on Instagram, the American said, “I seen this post and my take on it is that the world knows Con Artist McLoser [McGregor] can steal everything from me and be loved but I'm hated. That just lets you all know that racism still exists.

“Just know, that bum will never be me or be on my level. I'm just built different, my mindset is on another planet, my skills are second to none, I'm a natural born winner and yes I talk a lot of trash, but every time I back it up.”

Wherever they fight next, it is sure to be an explosive encounter.