James Maddison is at a crossroads. This summer, Newcastle United have already had a bid rejected for his services but have returned with a second offer, while Tottenham Hotspur’s long-term interest could materialise into a bid if Antonio Conte gives the green light.

A move away from a seemingly regressive Leicester City side seems to be the smart option for Maddison, but can a spell in north London or on Tyneside finally help him assert himself in Gareth Southgate’s England squad.

At the age of 25, it's a huge summer in a career that has been on an upward trajectory ever since he made his Coventry City debut at 16. His noticeable talent was obvious to see, but he needed to understand what men’s football was about. A move to Norwich and a loan to Aberdeen did just that, but he shone for the Canaries which prompted Leicester to pay £24m for his services.

He took to life in the Premier League with ease and is coming off the back of his most profitable season to date, having registered 20 goals involvements in 35 Premier League appearances. He’s rarely injured, a wonderful set-piece taker and a creative talent, so why does he only have one England cap to his name?

Rising from League One to the Premier League, his career has been compared to Dele Alli's, but the former Tottenham man was an integral part of the England squad in both 2016 and 2018. One of the main issues Maddison has is the level of competition, especially in the attacking midfield roles has significantly increased.

Mason Mount, Jack Grealish and Phil Foden are all incredible talents while the wide talents of Bukayo Saka, Raheem Sterling and Jadon Sancho mean England can’t play all three. Given Gareth Southgate has enjoyed success by relying on those players at Euro 2020, Maddison would have to do something spectacular at club level to get a call up.

Although Leicester have provided a wonderful platform for him to showcase his talents, perhaps a move to Newcastle, where he can be the central figure of a new project could allow him to have a greater impact on the team and ultimately up those all important numbers.

Fabrizio Romano
@FabrizioRomano
Newcastle have improved their bid for James Maddison: £50m add ons included, as @LukeEdwardsTele has reported. 🚨⚪️⚫️ #NUFC
Rodgers said: “He is really pivotal to us. There is no way I would want to sell him. £40m bid? I think it might just cover three-quarters of his left leg”. 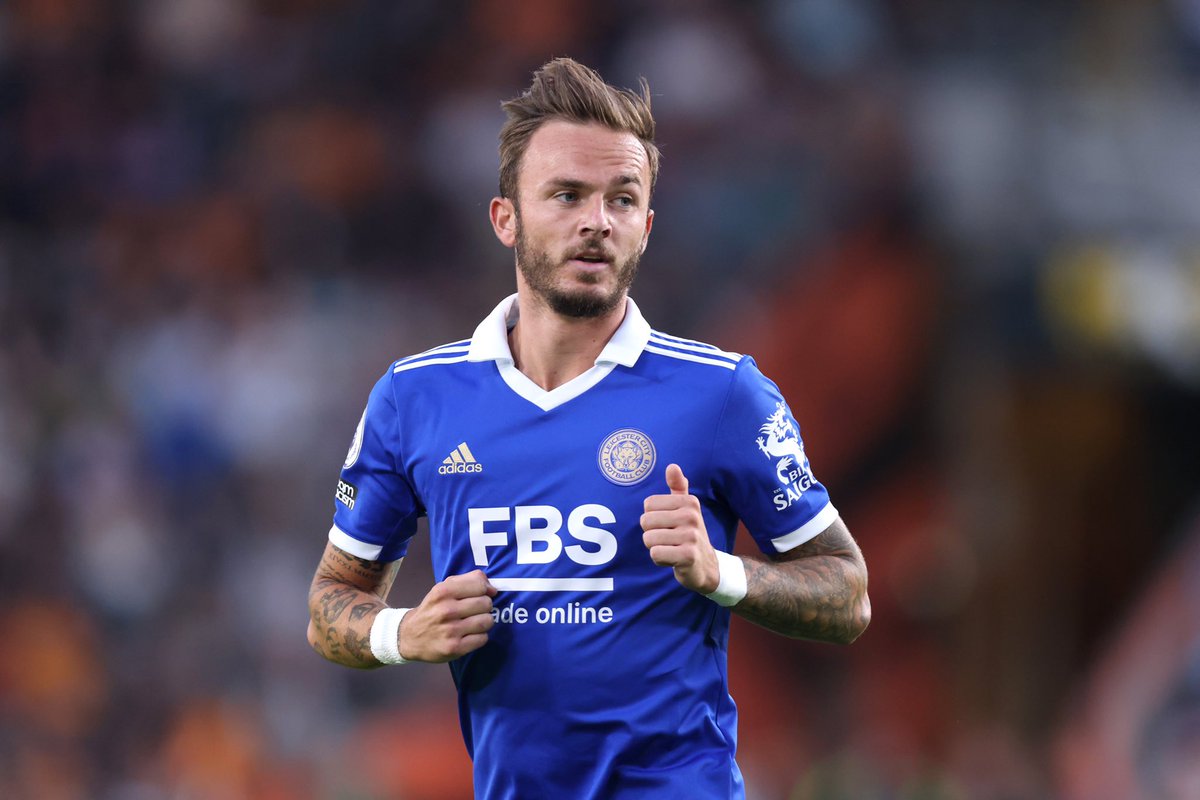 If the Magpies make him their first £50m signing, then he is likely to be their highest earner and will automatically become their key man. A precocious number ten, he’s a star that could enthral the St James’ Park crowd while reuniting with fellow Coventry academy product Callum Wilson could lead to a glut of goals.

It’s why the Newcastle move makes more sense than the Tottenham one. He’ll back his talents, but Spurs have an overload of attacking talent and don't play with a natural number ten. Given Maddison is more of a number ten than 5+5, there doesn’t appear to be a spot in Antonio Conte’s plans for the England hopeful.

Unless he hits the ground with a run of form that will make him impossible to ignore, the winter World Cup is likely to come too soon as England only have two games left to play until they kick off in Qatar. However, it isn’t impossible. The performances in the summer were abysmal, and the Three Lions may look to fresh things up in those two September fixtures.

But it is perhaps Euro 2024 that Maddison should be targeting. There's an underlying sense that this will likely be Southgate's last tournament so if Maddison can establish himself as the leader of this Newcastle revolution, a new boss may look more favourably upon him.

A Maddison move to Tyneside could see him gatecrash the England party.