Philipe Coutinho will become Bayern Munich’s newest number ten after completing a season-long loan move to the Bavarian club with an option to make the deal permanent next summer for €120m.

Barcelona say the German champions will pay €8.5m to take the Brazilian winger on loan while the club will also pay Coutinho's wages for the duration of the loan spell.

Coutinho will have big boots to fill at the Allianz Arena where he will adorn the number left by club legend Arjen Robben, who scored 144 goals in 309 appearances and picked up 20 trophies along the way. The Dutchman announced his retirement from football in July.

The 27-year-old Coutinho had a season and a half to forget at the Camp Nou since sealing a €142m deal from Liverpool in 2018, scoring an underwhelming 21 times in 72 games, but he’ll be hoping a move to pastures new can kick-start his stuttering career, stating;

For me, this change represents a new challenge in a new country at one of the best clubs in Europe

I am really looking forward to this. I have big goals, like Bayern, and I'm sure I can do it with my new team-mates. 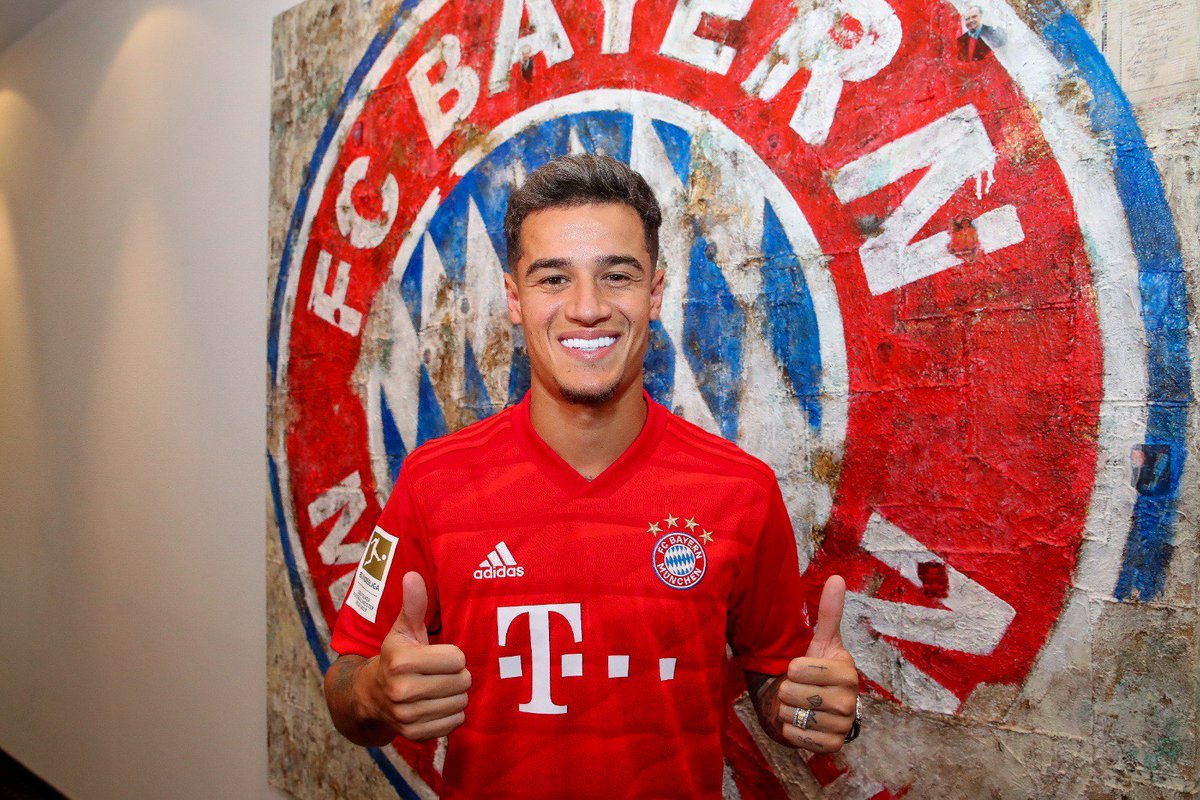 Coutinho can consider himself as something of a veteran across Europe’s biggest leagues, having now played in Serie A with Inter Milan, the Premier League with Liverpool, La Liga with Barca and now into a Bundesliga season with Bayern.

Towards the tail-end of the English transfer window, it looked like Coutinho could make a return to the Premier League, where he netted 41 times in 152 outings between 2012 and 2018, with former club Liverpool and North London rivals Arsenal and Spurs among those interested.

Bayern chief executive Karl-Heinz Rummenigge added: "We have been working with Philippe Coutinho for some time and are very happy that we were able to realise this transfer now.

"Our thanks to FC Barcelona for agreeing to this transfer. In Philippe, a player comes to FC Bayern who will strengthen our offensive with his creativity and excellent technique."

Hopefully now, Coutinho can put his nightmare spell in Catalonia to rest and prove why he was at one point the third-most-expensive transfer in the world.