Horse Racing
News
There is another fantastic weekend of action ahead of us
Matt Hulmes
18:00, 14 May 2021

An action-packed weekend is coming up to follow a busy week on the horse racing front, with the Group 1 Lockinge Stakes the feature of the TV action this Saturday.

A listed six-furlong sprint is our first of the seven races in front of the ITV cameras and it could go the way of CREATIVE FORCE. Godolphin have had a successful week and it could continue here courtesy of their progressive sprinter. He was a very early 2yo winner last season but was not seen after running down the field at Royal Ascot. He has reappeared with two authoritative successes at Newmarket in handicaps and although he has a little to find on the figures, he has not had the opportunity to post a good number yet.

He receives a valuable 3lb from European Free Handicap winner Tactical. He was given a good ride to win that contest on return and was a Royal Ascot winner last season. The drop back to six furlongs is in his favour and he is the standard setter.

This race looks a match on the numbers between AL AASY and Logician.

AL AASY was a very impressive winner over track and trip four weeks ago when cantering away from a decent field without turning a hair. He was a useful 3yo but has clearly progressed over the winter and if he learns to take the preliminaries better, there is still some improvement to come.

That should be good enough to take care of the 2019 St Leger winner Logician. He made a winning belated comeback in a match last September after a near-death experience but was well beaten on his next start the following month. It is a bit of a guess how tuned up he will be for his return and has lost an air of invincibility after that winning record came to an end with a whimper. With race fitness assured from Al Aasy, it is easy to side with the younger horse.

The London Gold Cup is arguably the best 3yo handicap of the season and a few of these will develop into Group race performers before the season is out.

For now, they can work with decent handicap marks and it is a conundrum as to who has the most in hand.

Tamborrada is three from three for Godolphin and is up 8lb for winning a neck at Doncaster. He only just seems to do enough though and that is a nightmare for the handicapper to assess. He has leading claims along with John Gosden’s runner Highland Rocker. He got off the mark at Ripon a month ago in a small field novice and a mark of 91 does not look a gimme at this stage and drops in trip but is respected from leading connections under Frankie Dettori.

Similarly, Bay Bridge got off the mark at the third attempt in novice company on the all-weather at Newcastle in simple fashion. Ryan Moore is back in the plate after a successful week and is sure to be popular in the betting.

This race went to the top weight in 2019 and I am hoping it can again with RIVER ALWEN. He was four lengths behind Dante winner Hurricane Lane and three behind Dee Stakes runner-up Maximal over course and distance in April (Tasman Bay was third, runs 2.05 Newmarket) and was a tidy winner at Newmarket on Guineas weekend. He has been put up 5lb for that victory but you are never sure how much a horse has under them with Jamie Spencer on board and he will be given a typically patient ride. He does have to give weight away, but his form is solid and has victory on his CV with cut in the ground.

This is the feature race of the weekend and the chance to see the superstar Palace Pier In action once again.

He has 8lb in hand having only tasted defeat once in his seven-race career and that was in the QEII on Champions Day on very soft ground. He ran away with his prep race at Sandown by eight lengths doing handsprings and looks set for a very successful season. He is by the far the likeliest winner but is priced accordingly at around 4/7 and so it’s worth trying to find something to fill the places.

My Oberon is held by TOP RANK on their meeting at Haydock in September where he was one-and-a-half lengths behind and now is 5lb worse off. He was impressive on seasonal return at Newmarket but this another big step up. TOP RANK is worth a shot at the big time after he overcame a penalty to win the Doncaster Mile last time. He was very progressive last season going into group company from handicaps and has won six of his eight career starts.

At a bigger price, LADY BOWTHORPE is worth a small each way interest too. She nabbed Queen Power on the line in the Dahlia Stakes a fortnight ago and she bolted up at York this week to give the form a timely boost. She was not beaten far in the G1 Sun Chariot last season either, handles cut in the ground, gets a 3lb sex allowance and has Champion Jockey Oisin Murphy in the saddle.

Pogo did it nicely at Leicester on his return and was a close third in G1 company in France last season. He is another who could go well at a huge price. 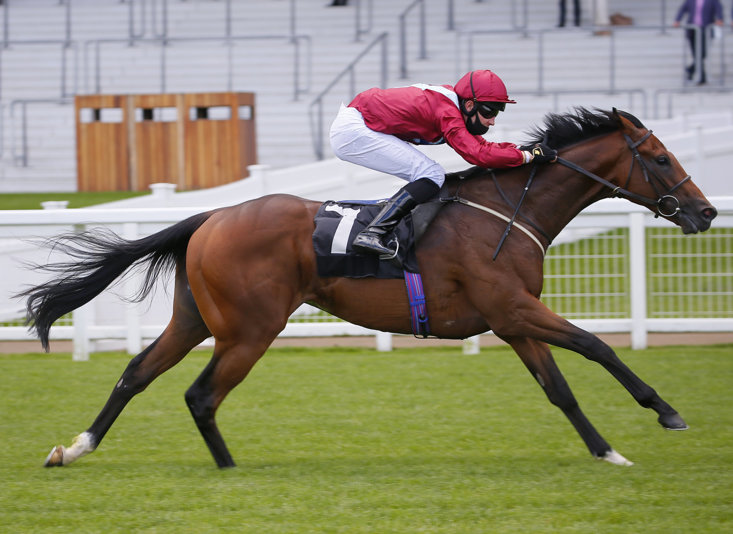 The final unknown regards the Derby picture will become clearer in this contest with the impeccably bred JOHN LEEPER looking to lay his credentials on the line regards classic success next month. He is bred to be a star by Frankel out of Oaks heroine Snow Fairy, and, after an eye-catching debut at the backend of last season at Doncaster, won with a lot of authority at Newcastle on his return two weeks ago. Connections toyed with the Dante on Thursday but decided to come for this slightly easier assignment and he has the potential to shorten dramatically in the Derby market if, as expected, he wins well here.

He receives weight from Fancy Man, who will provide a line to the classic trial form having been third at Chester last week and sets the standard, but a stiffer test may be provided by Tasman Bay, whose Newbury third is working out well.

Lots of eyes will be on Bellosa here after her runaway success a month ago at Newmarket. She was backed from 25/1 into 7/2 favourite and duly won by seven lengths under Oisin Murphy. She has a G1 entry in the Coronation Stakes at Royal Ascot and this will be a good test to see how good she is. As impressive as it was, she is taking on some horses who have shown good group form and, at cramped odds, she can be taken on.

Cloudbridge bombed out last season when favourite for the Acomb but he is not the first horse, and certainly won’t be the last, to have shown a disliking for York and bounced back to be a close second in group company at Kempton. He is intriguing, but I am going with DEVILWALA to bounce back. Second in a Gimcrack and fourth in a Dewhurst gives him exceptional juvenile form and he was a solid fourth in the Craven on his return. He was well held in the 2000 Guineas, but this is a huge drop in class and the Ralph Beckett team have been going well, as has his pilot Rossa Ryan who has been booting the winners home for fun over the last fortnight.

A very competitive looking sprint on paper looks at the mercy of JUMBY. He is a horse who looks very well handicapped, and I am certain will be plying his trade in group company very shortly. He was entered to run in listed company at Ascot a couple of weeks ago, but connections have kept him back for this valuable prize. He runs off the same mark as when unlucky in running third over course and distance at the Craven meeting behind Creative Force (runs 1.50 Newbury) when it paid to be handy, and he was trapped up against the rails. He ran on once it was all over and looks a winner in waiting. William Buick takes the ride, and he rates a solid favourite in this big field handicap.

Of the others, Just Frank won a valuable sales race over track and trip in August but has been well held twice this season while Perotto also has form with Creative Force (beaten one length getting 4lb) but has plenty to find to trouble Jumby on a strict interpretation of the form.