Cristiano Ronaldo has been backed by Iranian legend Ali Daei to go on and break his phenomenal all-time international scoring record.

The 36-year-old smashed in two penalties in the 2-2 Euro 2020 Group F draw with France on Wednesday night to take his astonishing haul for Portugal to 109 in 178 appearances. And that ties him with former Iranian Air Force officer Daei, now 52, who retired from football in 2006 having racked up the same number for his country.

The Juventus and former Real Madrid, Manchester United and Sporting Lisbon forward Ronaldo will go clear of Daei should he find the net for the defending champions again against Belgium on Sunday in what should be a last-16 clash to savour.

Daei said on Instagram: “Congratulations to Cristiano Ronaldo, who is now one goal away from breaking the men’s international goal-scoring record. I’m honoured that this remarkable achievement will belong to Ronaldo – a great champion of football and caring humanist who inspires and impacts lives throughout the world.”

Ronaldo was quick to respond, replying: "True champions remain champions forever - I’m very proud to read such kind words from a huge idol like you. Thank you, Ali Daei.”

‘Persian King’ Daei, who played in Germany for Bayern Munich, Hertha Berlin and Arminia Bielefeld, is now a businessman and remains a huge star in football-mad Iran, with almost seven million Instagram followers.

But the records just keep piling up for Ronaldo, who has already scored five times in the three group games at this European Championship. 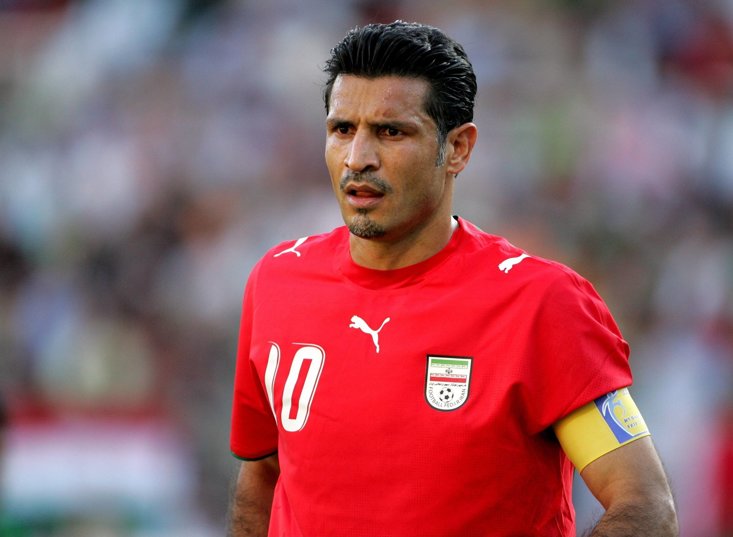 Five appearances at a Euro finals, after already playing in 2004, 2008, 2012 and the glorious 2016 edition that ended with Portugal lifting the trophy in Paris, was a new record – and having now played in 12 wins for his country at a finals set another one, edging ahead of the marks set by Spanish duo Cesc Fabregas and Andres Iniesta.

He has extended his own record to 14 of goals scored in Euro finals competitions. Ronaldo began the competition level with French star Michel Platini, who scored nine goals solely in the France 1984 tournament. And Ronaldo's 24 is a new record for match appearances for a player in Euro finals tournaments. Delving down a little further, Ronaldo is the first man to score three penalty kicks in one single tournament: one against Hungary and then the two against the French.

One that could elude him is the number of qualifying matches for European Championships. Ronaldo, on 57, is only one match behind record-holder Gianluigi Buffon of Italy on 58 matches, not including the finals.

But when it comes to scoring in European Championship qualifiers, Ronaldo reigns supreme with an incredible 43 – fully 18 more than Sweden striker Zlatan Ibrahimovic, who has scored 25.

And taking both World Cups and European Championships into account, Ronaldo’s five goals so far at Euro 2020, at the age of 36, are already his best performance in a major finals tournament in his career. He scored four goals at the Russia 2018 World Cup, and three goals at Euro 2012 in Austria and Switzerland, with three goals at France 2016.

Meanwhile Portugal coach Fernando Santos and his players were satisfied with their work in reaching the last 16 on a rollercoaster Wednesday night that at various times saw three of the four Group F teams going out in fourth place.

Santos said: “What I really liked was the team's collective behaviour against France. When I was asked what we had to do that was different from the loss against Germany, I said it was to be like ourselves. We were strong, consistent, with a great spirit. And we can continue to improve.

Defender Diogo Dalot added: “We knew it was going to be a very difficult game against a very strong opponent. We managed to responded to the goal conceded, I made my debut, and to top it off with qualifying it was a very good – a perfect night. We'll have time to analyse Belgium but the most important thing now is to recharge our batteries.”

And Wolves midfielder Rúben Neves insisted: “We are the champions of Europe, and we knew we could do better than Germany. I thank the fans, it was an amazing atmosphere in Hungary. The most important thing is that we are at the next stage.”