Football
News
The vastly experienced boss is back in the game
Simon Lillicrap
19:11, 25 Jan 2022

Roy Hodgson has returned to a Premier League dugout on a short-term deal with Watford, seemingly unable to turn down the lure of another crack at top flight management. Yet, it seems as though the perfect fairytale ending, which culminated in him felicitously returning to the place he began his footballing career as a 16-year-old, Crystal Palace, has now been somewhat soiled.

Of course, we are all delighted to welcome Hodgson back to the dugout at the age of 74, he is a true legend when it comes to football management, but it would be a tragedy if his career ended with a relegation. In truth, he doesn’t deserve that. Having become somewhat of a joke at Liverpool and England, Crystal Palace provided the perfect platform for him to rebuild his reputation and allowed him to go somewhere where he was utterly adored.

Watford don’t adore managers - instead they are treated with disdain. It’s a challenge to even name all of their bosses over the past two years. Hodgson’s short-term deal may suit both parties, as this long-serving great doesn’t deserve the ignominy of being sacked by Watford, but it still doesn’t sit right for the footballing purist.

Hodgson’s career, which we thought we had closed the book on, has been truly spectacular. The Europa League run with Fulham, finally becoming England manager and saving Palace, and that is without even mentioning his work on the continent.

As a chirpy but inexperienced 29-year-old, Hodgson took his first tentative steps into football management in 1974 when he took charge of Swedish side Halmstad with instant success. The club had only just escaped relegation the season before he took over, yet in his very first campaign he achieved what he still calls the greatest achievement in his career - his ‘water-to-wine miracle’. They won the Allsvenskan, finishing three points clear of reigning champions Malmo, an achievement that is still considered one of the biggest upsets in the history of Swedish football. 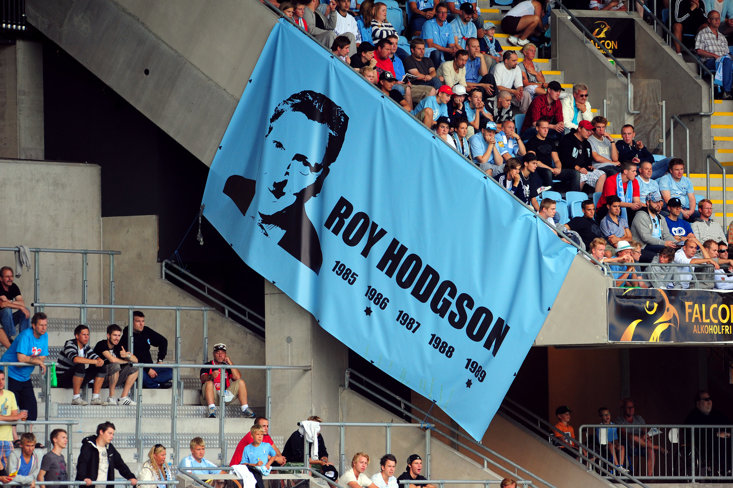 The 1990s perhaps showed the true range of Hodgson’s talents. Fluent in five languages, for financial reasons he left Sweden for Switzerland, first managing Neuchâtel Xamax before he was given the Switzerland job, his first on the international stage. He was a resounding success and led the country to their first tournament since 1966, by first qualifying for USA 94, and then Euro 96 and leading the relative minnows to third in the world rankings.

Inter Milan came calling and he reached a UEFA Cup final during a turbulent time in their history before an English club finally came in for his services in the form of 1995 Premier League champions Blackburn Rovers. Hodgson had briefly managed in England before, spending just four months at Bristol City where finances were a mess, but this was his big break.

In a wide-ranging successful career with relatively few failures, Blackburn falls into the latter category. Despite improving them in his first season in charge, the second season fell apart and he was sacked with the club bottom of the table. This job rather spoiled his reputation in England in the short-term, despite his huge success in Europe.

Copenhagen, Udinese, the UAE, Viking and Finland followed in the noughties as Hodgson rebuilt his reputation before he joined Fulham with the chance at Premier League redemption. He led them to a great escape with a 3-2 comeback win at the Etihad Stadium against Manchester City before transforming the team and taking them to their first-ever European final in the UEFA Cup having mounted a historic comeback win against Juventus. His reputation in his homeland was restored, and he was voted LMA Manager of the Year by a record margin. 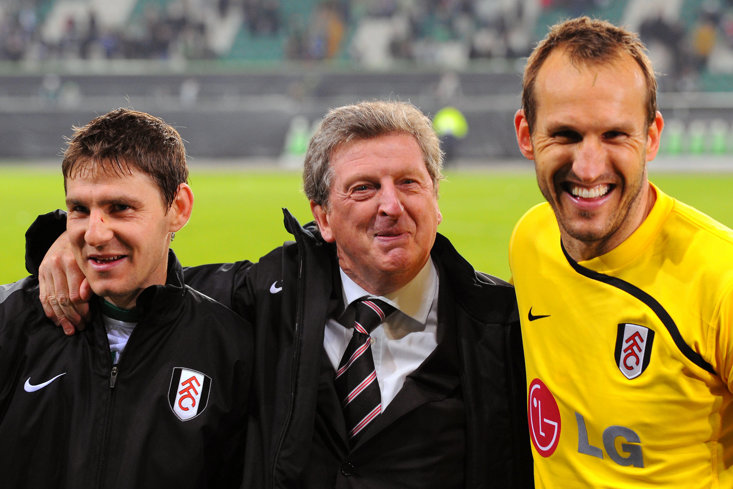 Okay, so his Liverpool tenure didn’t work out, but he was a success at West Brom and then was offered the England job, which started brightly. Expectations were met at Euro 2012 and England were ranked third in the world during his tenure, but the less said about 2014 and 16 the better.

Returning home was the best possible outcome for Hodgson and Crystal Palace. He went to a place where he was cherished and did an outstanding job. From the brink of relegation after losing their opening seven games of the season, he led the Eagles to safety in 2017-18 and they have been steady and stable ever since.

Patrick Vieira has now led the club on to a new future, while Watford have turned to the most experienced man in the business to get them out of danger. Over 45 years in the game filled with historic moments and certainly more highs than lows, Roy is about to get back on the rollercoaster at one of the craziest clubs in the country. Welcome back.