As Chelsea travel to Turin to face Juventus in the UEFA Champions League for the fifth time in their history they will be reunited with two of their former players, Juan Cuadrado and Alvaro Morata. The Old Lady duo never really got going during their spells at Stamford Bridge and for Cuadrado in particular, you may have even forgotten he was once a Blue.

It was six years ago when Chelsea shelled out just shy of £25million for the Colombian winger from Fiorentina where he had risen to prominence. He had caught the attention of a number of top sides across Europe, but it was only the west London club that he had eyes for. Joining the reigning Premier League champions during Jose Mourinho’s second tenure and looking to build on the club’s first title win since 2009-10, Cuadrado was expected to help take the club to the next level.

In his debut season in England, he played a bit-part role, an unexpected turn of events given the significant fee with which Chelsea departed. He made just 13 appearances for Chelsea in the Premier League, nine of which were from the substitutes bench as the wide-man failed to make an impact in any of his appearances, without a single goal or assist to his name.

He looked devoid of confidence and any time he received the ball it was safe to say the Stamford Bridge faithful were not exactly on the edge of their seats. With Mourinho not appearing to have much faith in his mid-season capture, it felt as though it was a player brought in by the board behind the scenes, which in most cases are the moves in football that never work out for anyone involved. 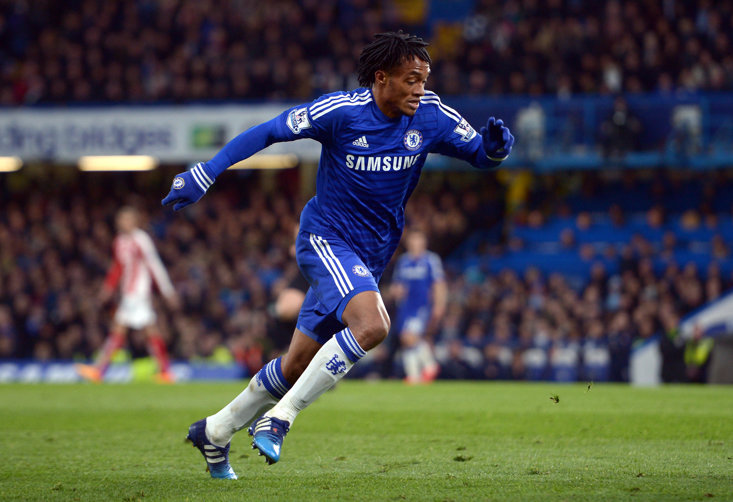 After a disappointing introduction to Europe’s most famous league, Cuadrado failed to settle in the English capital. It seemed his poor performances may have been affected by this homesickness but there was no time to address the problem. The attacker got a much-needed move back to Italy on a two-year loan to Juventus before joining the club permanently where he has remained since and seems to have gotten his career back on its correct course.

Fortunately, the Blues were still able to turn a profit on the out-of-form winger, receiving around €20million from the Italian giants to cut all ties and allow both parties to put the wayward move behind them.

He will be eager to show his old side what he was unable to conjure during his abrupt time in London when they travel to the Allianz Stadium on Wednesday night, and the 33-year-old will be more than happy to score against a club that a lot of people will have forgotten he ever even played for.

There was the chance for fellow former Blue Morata to get a crack at his former team but the striker has been ruled out of the clash through injury. Now he will have to wait for the reverse fixture at Stamford Bridge to get one back against his old side.