Ufc
News
The UFC president played down talk of McGregor returning to boxing and insists 'Notorious' will fight in the Octagon next
Joey Mills
11:15, 29 Jun 2022

UFC president Dana White has poured water on claims Conor McGregor will meet Floyd Mayweather in a rematch of their 2017 boxing bout. But the MMA impresario has reiterated that fans can expect to see ‘Notorious’ return to the UFC soon, saying “Conor's return will be in the cage. Conor's looking to come back (at) the end of this year, early next year.”

With that in mind, The Sportsman has taken a look at who could share the Octagon with the Irishman when he does come back. Here are five potential opponents for McGregor’s blockbuster UFC return.

The Sportsman have advocated for this match before, and now it seems like the fighters themselves are on-board. The outspoken McGregor recently branded Masvidal a “pigeon brain” and “a loser”. Meanwhile, the never-shy ‘Gamebred’ fired back, promising to retire the former two-weight world champion saying, “if he takes the fight with me, I don't think he's fighting after that."

Both men are on losing streaks, but their fan-friendly styles and legitimate beef make this a mouth-watering clash nonetheless.

Combat sports fans love a trilogy almost as much as the producers of Star Wars, and a three-quel between McGregor and the younger Diaz is warranted. The BJJ black belt tapped McGregor out in their first meeting back in 2016. McGregor would win the rematch via decision that same year.

Like the Masvidal bout, this fight makes sense as both are big names suffering through poor form. A win for either is likely to propel them back up the food chain. The only potential drawback here is Diaz has been heavily campaigning for his UFC release. He might be persuaded to take one last lucrative superfight on the way out, and end his greatest rivalry with a win. 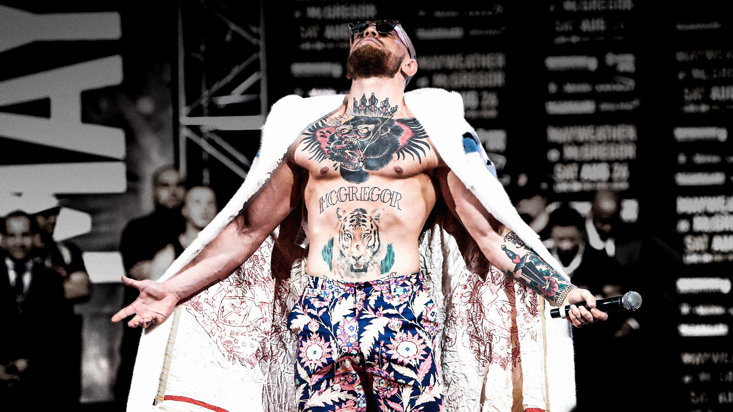 Onto the tougher assignments now, the number 5-ranked lightweight in the world would provide a stiff test for McGregor in his first fight back. ‘Iron’ endured a mixed 2021. While he competed for the UFC championship and won the company Fight of the Year award, he lost both bouts. Chandler’s rebuild began in May with a stunning knockout win over Tony Ferguson.

This fight would be a great indicator of what McGregor has left at the age of 33 and in his first fight since breaking his tibia against Dustin Poirier last July.

Another fighter that has been subject to McGregor’s frequent tirades. The Irishman accused Gaethje of pretending to be unconscious during a fight with Charles Oliveira, before going on to call him “a Grade A jackass”.

For his part, Gaethje has been undaunted. ‘The Highlight’ accused McGregor of being “scared to fight (me)”, and labelled him “a bitch”. The needle is certainly there to make this a box office smash, though one wonders if McGregor still has enough left to cope with a fighter of Gaethje’s class.

The two most motor-mouthed fighters ever to grace a UFC cage, is there a press conference bigger to hold both of them? One is a MAGA hat-wearing advocate for conservative values, the other attacks people in bars for not accepting a whisky. As UFC fights go, this is all very WWE.

While the verbal exchanges would be back-and-forth, the action in the cage would likely be more one-sided. Despite his questionable views and divisive personality, Covington the fighter is undeniable. His methodical dismantling of Masvidal in March showed that in spades. McGregor would need to be at his very best to beat Covington, and it has been a long time since we’ve seen the ‘Notorious’ one at his very best.