Football
News
The former Hatters centre back has been tasked with the difficult job of winning promotion back to the Football League
Neil Goulding
13:35, 10 Nov 2021

Stockport County were once a force to be reckoned with but a decade ago the club heartbreakingly lost its coveted Football League status. However, new boss Dave Challinor hopes to be the man who can bring the good times back to Edgeley Park, as the owner Mark Stott has invested heavily in the playing squad.

The 46-year-old former Hatters centre-back and club captain has been tasked with the job of winning promotion back to the Football League for the club’s long-suffering supporters and is now at the helm of a club with big ambitions.

“It’s an exciting adventure to be a part of,” Challinor told The Sportsman. “It was a real head and heart decision [to come back here].

“I wouldn’t be coming back to this football club unless I believed that we have a really great opportunity to do something special here.

“You have to back your ability to take this football club to back where it belongs.

“The fans can expect a team out on the pitch who they can relate to and be proud of.

“I can’t guarantee success, but we’ll do everything.” 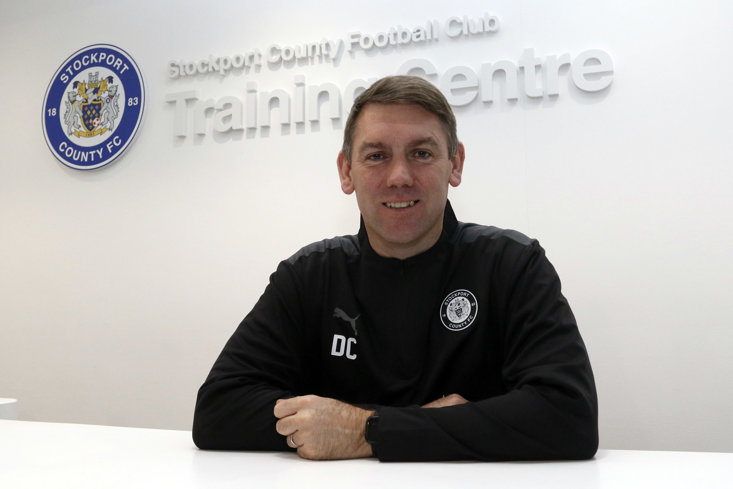 During the 1990s the Hatters achieved no fewer than four trips to Wembley and held an impressive 106-year continuous Football League record until their gut-wrenching relegation. But the troubled club finished bottom of League Two in 2011 and after two disastrous relegations in the space of three miserable years. Their spectacular fall from grace saw them playing in the sixth tier of English football.

Financial problems, ownership battles and a far from perfect ground-share arrangement with Sale Sharks were just some of the contributing factors to such a sad swing in fortunes, especially for a club whose colours have been sported by greats including George Best and Mike Summerbee. The Champions League winner Didi Hamann even managed the club before its dismal decline.

“Stockport is a club in a much different place to when I played here,” stressed Challinor.

“The club was going in a different direction when I was a player, Sale Sharks came in and different things were happening off the pitch.

“I came in during slightly-changing times. We had a great group of young talented footballers.

“However, off the pitch it was carnage. We had rugby players coming into the dressing room. It was certainly different!

“We have a massive opportunity to build the belief in the fan-base.”

Fast forward to little over ten years later and, thankfully for County’s large loyal fanbase, the dark clouds look to be clearing. In 2019 the club clinched a memorable promotion to the National League having been languishing in Conference North for more time than they would arguably care to remember. Last season the club came within touching distance of regaining their Football League status, only to be agonisingly beaten 1-0 by Hartlepool in the National League play-off semi-finals. 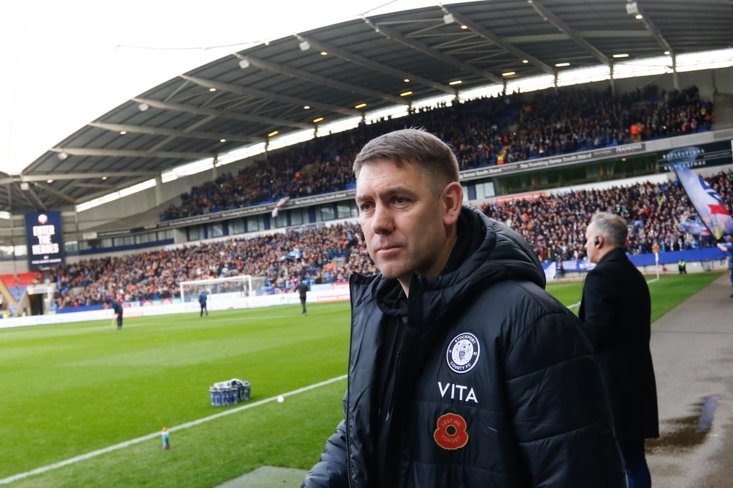 Ironically, it was Challinor who was Hartlepool’s manager last term as he played a key role in ending County’s staggering 18-game unbeaten run to the semis and fairytale promotion bid.

Last week ‘Challi’ surprised many people by quitting Pool to take over the managerial reigns at his former club.

The surprise, especially from Hartlepool fans, was that he had only just signed a new three-year deal with the North East club in September. Challinor, of course, famously guided Pool to League Two promotion in only his second managerial job. His first managerial role saw him find success with Colwyn Bay, but this time he is dropping down a division to try and work his magic with Stockport.

“You’ll always question whether you’re doing the right things, but you have to make decisions in your life.

“But from a selfish point-of-view I have to look after my own future.

“I truly believe we have the ability and personalities to be challenging at the top of the division.” 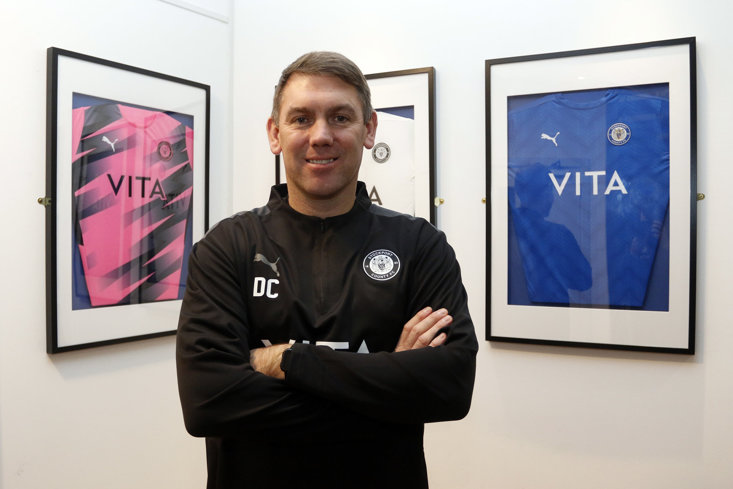 County owner Mark Stott has been accused of splashing the cash to get the club back in the football league, with marquee signings including proven goalscorer Paddy Madden and former Bolton captain Antoni Sarcevic. Madden was playing for Fleetwood Town in League One last season while Sarcevic lead Bolton to promotion from League Two. But money aside – and the owner’s clear ambition – Challinor has his own vision for success.

“The money the owner has spent has been in the infrastructure, everything is in line to be successful,” he added.

“It’s a fresh start for everybody. We’ve got a group here that certainly want to improve standards.

“We need to build belief, momentum and optimism around the place, because that can really drive you towards the end of the season.

“We’re going to play a certain way – and I’m going to demand the players to play in a certain way. I want them to be brave on the football.

“You have to go in and earn that respect and understand, which is what I’ll do.

“This isn’t going to be a quick fix, we’re going to try and embed philosophies over time.

“I hope I’m more successful as a manager than a player,” joked Challinor, who played close to 400 combined Football League games for County, Bury and Tranmere Rovers.

“I’ve been more successful as a manager than a player, that’s for sure. And long may that continue.

“Coming back to Stockport is almost like unfinished business for me!”