Kevin De Bruyne was at his very best as he helped orchestrate Manchester City to a convincing 2-0 win over Leicester City at the King Power Stadium on Saturday, extending Pep Guardiola’s side’s lead at the top of the Premier League to 17 points.

The win, Man City’s 15th away from home in succession, means that the Cityzens need just 11 more points to secure the league title.

The best chance of the first half fell to De Bruyne on the 20th minute, when he struck the crossbar with a delightful dipping effort from a contentious free-kick.

Man City were absolutely frantic in the first 45 against a Leicester side who struggled to get into the final third, but despite the gulf in possession stats, Brendan Rodgers’ side did a great job at keeping the opposition at arm’s length. The Foxes almost went into the break ahead when Wilfred Ndidi spotted the run of Jamie Vardy, who then went around Ederson to put the ball in the net but the flag was up for offside.

It wasn’t the most exciting spectacle for the neutral but the game started to open up much more in the second-half. Leicester’s Youri Tielemans sent in a low drive at Ederson for the side’s first attempt on target shortly after the break and then, on the counter, the Belgian was played in again, after a sensational run from Kelechi Iheanacho, but was denied by some spectacular last-ditch tackling from Ruben Dias.

The deadlock was finally broken soon after.

Just before the hour mark, Kasper Schmeichel was forced into a decent save from a Riyad Mahrez shot but the ball only fell as far as left-back Benjamin Mendy who stepped inside a weak challenge from Marc Albrighton and sent the ball past a crowded goalmouth and into the back of the net. The Frenchman now has two goals in his last six appearances, having failed to net in his first 39 with the club. 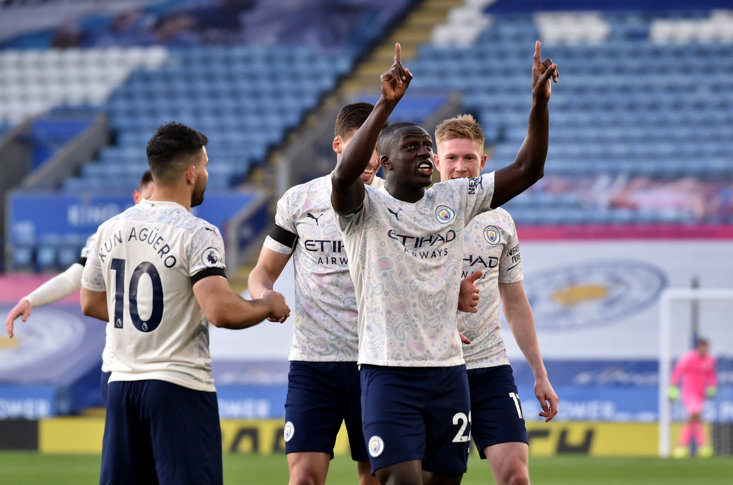 Manchester City’s second was simply exquisite. De Bruyne, who had been running the show throughout, collected from Mahrez in space in the middle of the pitch and then, with what will probably go down as the pass of the season, he placed a sumptuous through ball in between Fofana and Evans straight to Jesus.

The Brazilian then set-up Raheem Sterling who took a touch, stepped out of a tackle and played the ball back to Jesus, who stabbed the ball over the line, wrapping things up. It will be Jesus’ name on the scoresheet but it was all about De Bruyne’s pass. Sublime.

For large portions of the game, it was one-way traffic from a professional Manchester City side but they were made to work by a determined and dogged Leicester who refused to budge, while offering very little in the way of their own chances. 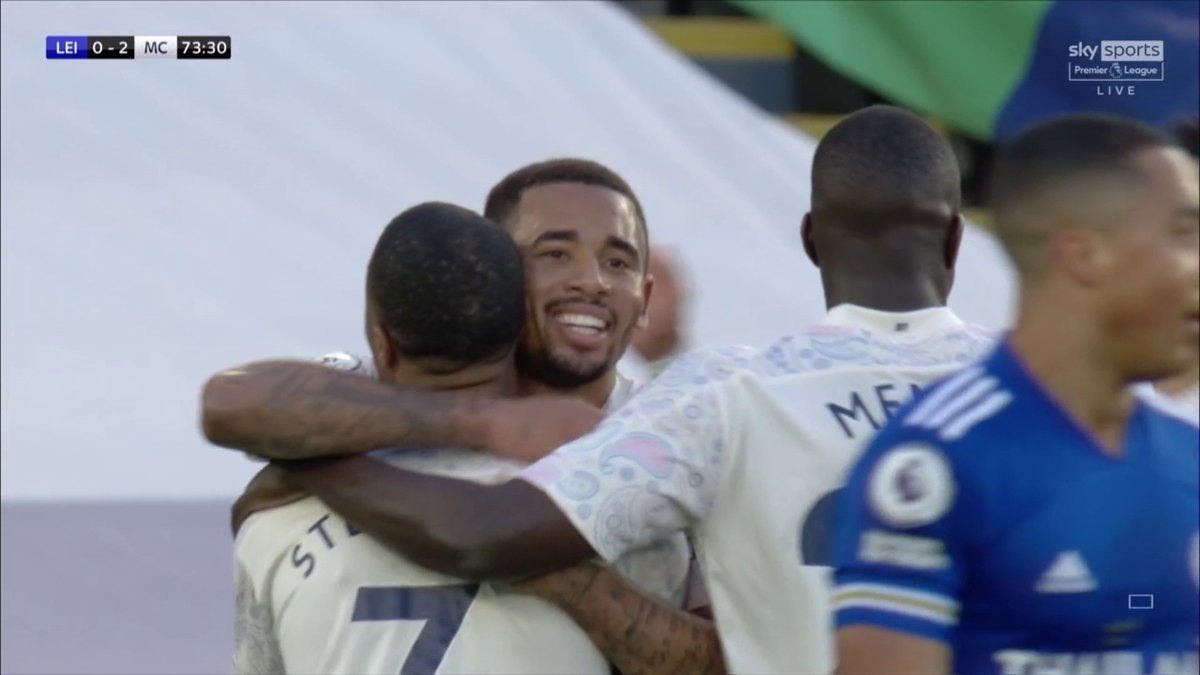 Speaking after the game, Man of the Match De Bruyne told Sky Sports, "I thought it was really good today - especially in the first half we totally dominated. They had the one chance which was offside with Vardy but basically it was one team playing.

“In the second half, they did a little bit better but I think if you look at the 90 minutes it was 2-0 and I think we deserved even more goals.”

Tonight belongs to the Belgian who was playing on another level, especially with the eye-of-a-needle pass that set up his side’s second. To quote Jamie Redknapp, “He’s probably already given his Easter eggs out, he’s so far ahead of everyone else"