The Spanish shot-stopper was the hero for the Red Devils during Monday night’s clash and his exquisite individual efforts masked a bad performance all round for the players in red. The away side were able to come away from the north east with a rather undeserving point and it's one they will want to quickly move on from.

For much of the game, the hosts were the dominant force and Eddie Howe will be disappointed that his side were unable to build on their early lead and effectively put the game to bed due to the visitors’ very poor showing. His opposite Ralf Rangnick will have been relieved that his players still had a fighting chance with a one-goal deficit but he would not have been impressed by how fatigued and slow his players looked after having a two-week break.

Newcastle were the first to every ball and successfully beat the German at his own game with organised and relentless pressing. It was a strong and commanding performance from the Magpies. The only criticism that could be fired their way was that they didn’t build a comfortable lead. There are going to be a lot of positives for Howe to take from this game, but he will worried over the injuries picked up by Callum Wilson and Allan Saint-Maximin, who was a shining light on Tyneside tonight. 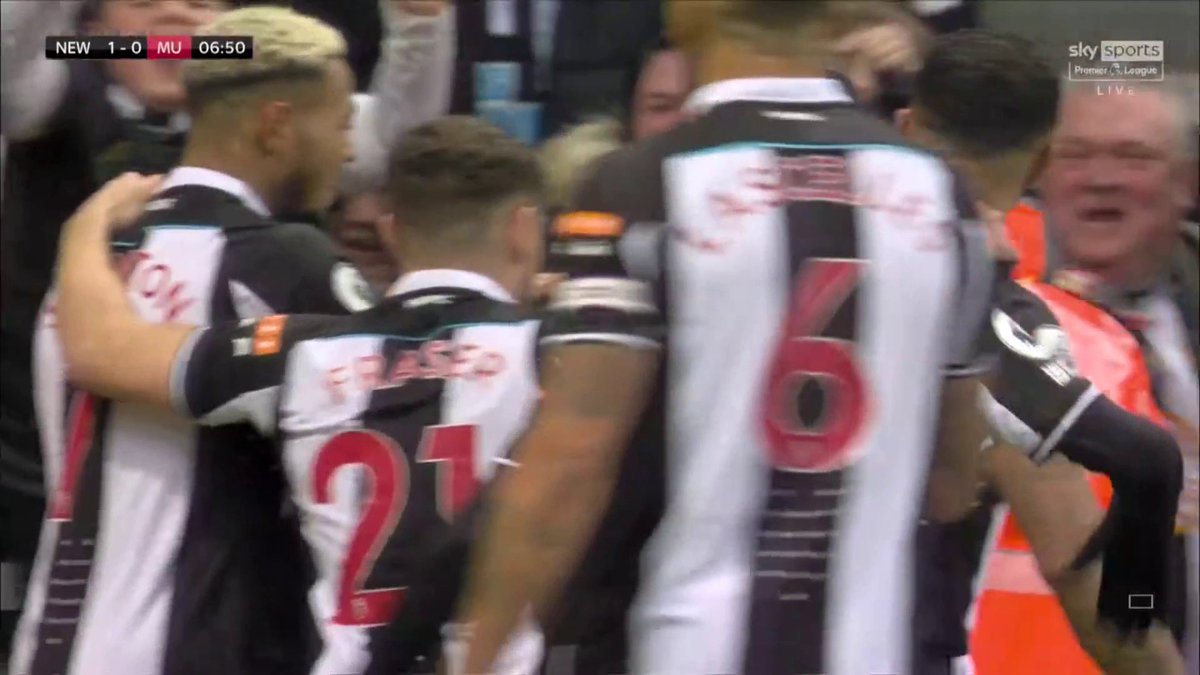 As for the visitors, questions were already being asked after a lacklustre performance against Norwich City last time out, and tonight’s display seemed very similar to those dark days at the end of Ole Gunnar Solskjaer’s tenure. It will have shown Rangnick how much work needs to go on at the club in the long-term.

It was a dream start for the hosts as Saint-Maximin, recalled to the starting lineup, sprinkled some Christmas magic as he wriggled his way into the box before finding the far corner to give his side the lead inside 10 minutes. Howe’s men capitalised on a very poor start by United and the Frenchman, along with Joelinton, were having a field day down the right flank.

After two weeks without match action, United were expected to be a lot fresher and more switched on, but they were second best across the pitch. It was worrying how many times Rangnick’s side gifted the ball away as they struggled to create anything in possession. And when they did get a chance, the quality in the final third was non-existent.

Saint-Maximin should have had his second minutes into the second half with a golden opportunity from close range. The link-up between himself and Joelinton was mesmerising to watch at times as they brought the St James’ Park crowd to life on many occasions.

Man United did manage to pull themselves level through a rare attack when substitute Edinson Cavani stabbed the ball home after having an initial effort blocked. It was a tough blow for the Magpies who had managed the game superbly until that moment, and Cavani was fortunate to have the ball immediately bounce back to him. There was drama late on as Jacob Murphy hit the post and Miguel Almiron almost reasserted Newcastle’s lead but was denied by the heroics of De Gea.