Football
News
The Red Devils goalkeeper was at fault in the Europa League
Elliott Bretland
10:00, 14 Mar 2021

Dean Henderson should have done better. As Simon Kjaer’s glancing header beat the Manchester United goalkeeper to clinch a 1-1 draw for Milan in the Europa League, the Red Devils goalkeeper misjudged it and the ball flew past his hand. As soon as it hit the net, fans will instantly have started to debate the Old Trafford conundrum, should Henderson really replace David de Gea as United's number one?

Manager Ole Gunnar Solskjaer was quick to defend him, pushing the blame onto the defence, saying: “I've seen him [Henderson] save them, but it's the structure that we lose. We dropped too deep and we get blocked off and they get the header on. We should have attacked the ball with the men we had there.”

Despite the error, which club legend Paul Scholes insisted Henderson should have saved, his stock is still extremely high, especially after impressing on loan at Sheffield United for the last two seasons.

This campaign, for every game Henderson sat on the bench, his stock grew greater and greater with every De Gea hesitation and error. Then came the understudy’s chance. The Spaniard returned to his homeland in the last month after the birth of his daughter, and Henderson has deputised in his absence. 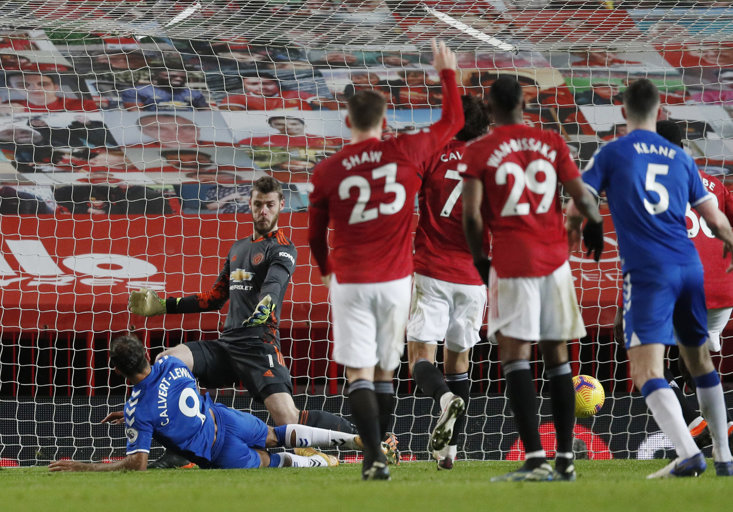 Until conceding against Milan he has looked dependable, and kept a clean sheet in the brilliant 2-0 win over rivals and Premier League leaders Manchester City last week. De Gea, meanwhile, has proved he is a world-class goalkeeper for a decade. That credit is still in the bank, but recently some doubts about his future have lingered.

Adjudged to have gifted Everton two goals in February’s 3-3 draw at Old Trafford as the Toffees scored deep into injury time to rob United of two points, the calls for Henderson grew louder and now may be the time for Solskjaer to stick with the youngster.

United host West Ham on Sunday as they look to stay in second place with De Gea back in the country but having not trained this week due to quarantine rules. And Scholes has told BT Sport that he believes Henderson now has the chance to make the spot between the sticks his own.

"It depends on what Dean Henderson does now. This is his big opportunity to cement his place in the team,” he said.

"I love David, I think he’s been a sensational goalkeeper for this club for many years, but I think that Everton game, he conceded a couple of goals; I thought it was time for Henderson to come in. Ole obviously disagreed and he kept faith with David. Again, I still thought in those games he looked a little bit suspect.

"Watching that game on Sunday, I know City didn’t create a lot - which is a great credit to the defence - but I felt safe with Henderson. I just looked and thought: 'If they get a chance, I think he’ll save it.' He just felt comfortable, nice and relaxed, nice and composed, didn’t want to get involved when he didn’t have to.”

As a football fan, not worrying about your goalkeeper is a massive boost when cheering your team on. It provides a huge lift to the defence too. If Henderson’s presence puts the players in front of him at ease, he needs to keep his place as United look to challenge for titles again.

This week, Henderson made a mistake and found himself in De Gea’s shoes, facing criticism and doubts. It’s all about how he reacts now. He is in the driving seat and must restrict De Gea from making an appearance and reminding us all of his quality.