Manchester United interim manager Ralf Rangnick has revealed Dean Henderson will start in goal against Young Boys in the Champions League on Wednesday night. This will be just the second appearance from the England stopper this season. After enjoying a breakthrough 2020/21 campaign for the Red Devils, Henderson has found himself relegated to second string, for reasons beyond his control.

Rotten luck has befallen Henderson. The Whitehaven man returned to Old Trafford last season after playing 36 Premier League games during his second spell on loan at Sheffield United. This experience saw then-manager Ole Gunnar Solskjaer choose to retain his services, rather than loaning him back out. Henderson rewarded the faith, playing 26 games across all competitions, and becoming de facto first-choice during the latter half of the season. David De Gea’s drop-off in form coincided with the growing confidence of Henderson, and he ended the season looking like he would be Manchester United’s number one going forward.

A call-up for England’s Euro 2020 squad was just reward for his displays, but it was during the summer tournament that his troubles began. Henderson withdrew from Gareth Southgate’s squad after England’s group stage opener with Croatia, due to a hip injury. A summer of recuperation was then scuppered when he contracted Covid-19. The custodian was left battling the illness into the new season, and did not return to the side until the Red Devils’ 1-0 Carabao Cup loss to West Ham United in September.

Henderson has not taken to the field since for the first team, instead staying sharp in the under-23s while he awaits his opportunity. His plight has not been helped by De Gea’s revival this season. The Spaniard’s powers had looked to be waning, having endured a difficult couple of seasons between the Old Trafford posts. But this year his shot-stopping has been close to the imperious peak that saw him land four Sir Matt Busby Player of the Year awards in five years. De Gea is a confidence player, and Solskjaer and caretaker manager Michael Carrick both chose to stick with him rather than potentially compromising his mindset during a good run. But Rangnick has been afforded an enticing opportunity to get Henderson back onto the pitch. 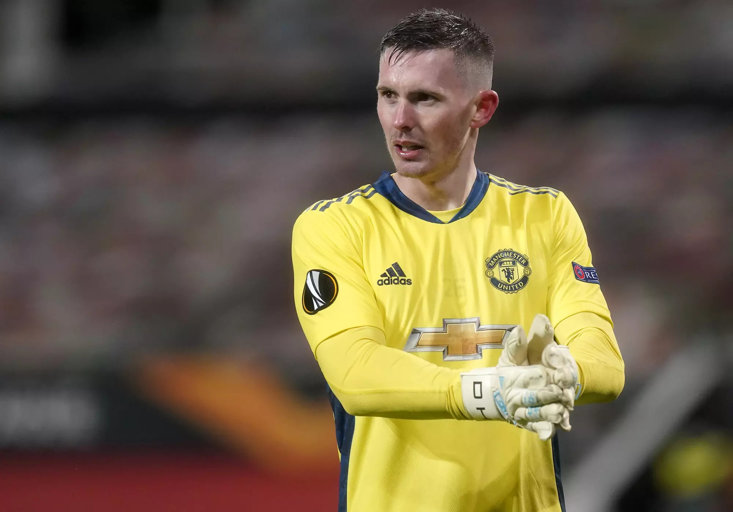 United are guaranteed to go through as group winners, regardless of the outcome against Young Boys. Their superior head-to-head record against Villarreal has seen to that. Therefore, Rangnick has chosen the perfect moment to return Henderson to the side. The decision can be framed to De Gea as an opportunity for him to be rested, and it offers Henderson a low-stakes return to first team action.

This is only a short-term solution however. A goalkeeper of Henderson’s experience and quality is not content to play second fiddle, even to a player of De Gea’s ability. Talk has emerged this week that Ajax are interested in taking Henderson on loan for the remainder of the season, or possibly even on an 18-month deal. It is an offer United would do well to consider. A period of time as first-choice at a big club would be the perfect preparation to become United’s number one upon his return. As good as De Gea has been this term, Henderson is six years his junior. Long-term planning is something Manchester United have lacked as an organisation in recent years, but they must consider what happens when De Gea gives up the United gloves. The Johan Cruyff Arena could be the ideal finishing school for Henderson to take the final step into world class.

Whatever the future has in store for Dean Henderson, it starts on Wednesday at Old Trafford. The Champions League group game with Young Boys is the first match of the rest of his career. Whether it is with United, Ajax or beyond, hopefully the England man can recapture the form that has seen him touted as a future star for so long.