The sorry tale of Derby County has taken another turn for the worse, as the club have announced their intention to enter administration. The board of directors released a statement on Friday evening to inform supporters that they had “filed notices of intention to appoint administrators”. This has seemed an inevitability for a while, and Rams fans will be more saddened than surprised by this development.

As for how Derby have ended up in this perilous situation, the board have clearly tried to remain on-message. The statement uses the words “Covid-19” six times, as well as one separate mention of “the pandemic”. To read the statement with no prior knowledge of the state of affairs at Pride Park, one would conclude this situation was out of Derby’s hands. An unprecedented global event has put the club on the brink, and nothing the board could have done would have kept them from the cliff-face. This is not the case.

The statement does offer clues that Derby’s difficulties are not merely collateral damage from the pandemic. The statement passingly references “ongoing litigation and charges in regard to the P&S regulation” and how this has “led the EFL to preclude the club from drawing down circa £8.3 million of financial assistance, as was made available to all other Championship clubs…”

“P&S” is the Profitability and Sustainability clause in the Financial Fair Play regulations, which County were charged with contravening last season. This left a points deduction looming over their heads while they fought relegation, and has now prevented them from benefiting from the Premier League-underwritten payment that Championship clubs received last season. While the pandemic left them needing this relief payment that helped sustain other clubs, the fact they were refused it is a problem of their own making.

Owner Mel Morris has signed off on some wild spending while at the helm of Derby County, as the Rams have often taken a ‘get promoted or die trying’ approach to chasing the promised land. They have also drawn scorn, criticism and investigation for some of the ways they have tried to circumvent FFP to fuel their Premier League dream. Pride Park was sold to a company Morris himself owns, while betting firm 32Red financed the signing of Wayne Rooney as player-coach. The upshot of this culture of financial opportunism was the FFP charge, and the transfer embargo that followed. 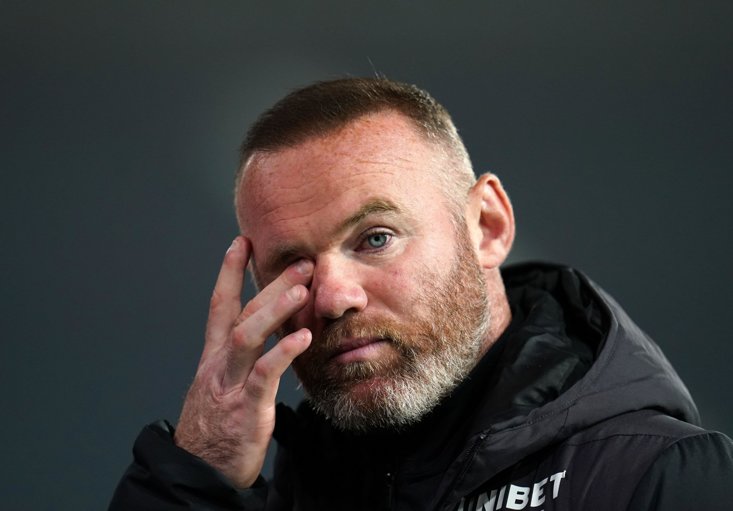 Now manager after retiring as a player, Rooney was only allowed to bring in six-month loan signings or free agents to one-year deals in the summer. He began the season with only 14 first-team players after 10 first-teamers were allowed to leave in the summer in an effort to clear the wage bill. With six players who spent last year on loan at Derby also returning to their parent clubs, the Manchester United legend has essentially had to build a side from scratch.

Incredibly, he has managed to do so and do it well. The 39-year-old Phil Jagielka is ageless, a footballing Mick Jagger as he marshalls the County defence. The mercurial Ravel Morrison has arrived for another shot at glory, still only 28, to help his former Old Trafford colleague. Experienced Championship forward Sam Baldock has arrived to ease the burden up front. The results have actually been solid enough. One win, four draws and two losses is not a bad return for a club whose very existence is on the line. Sadly, it is unlikely they will avoid relegation no matter what they do on the pitch.

Once the club officially enters administration, a mandatory 12-point deduction will be applied. This will leave Derby on -5 points, erasing all the good work Rooney’s men have put in this season. Tragically, this may not be the end of the matter. Before the season began, the EFL ordered Derby to pay a £100,000 fine and resubmit three years’ worth of accounts. It is understood that if these accounts show a loss in excess of £39 million over the three-year period, this would incur a further points penalty due to failure to meet FFP requirements. Derby could end up with as many as 21 points taken from them in total this season.

Mel Morris and the Derby board are correct about one thing, the pandemic has had a large impact. That impact has come in the way it has shone a spotlight on the precarious nature of recklessly ambitious Championship clubs. Too often, owners with glittering pound-signs in their eyes will risk these great institutions for a sip from the gilded Premier League chalice. A football club that has stood since 1884 has been mortgaged in the pursuit of fortune.

Ask any Derby County fan and they would surely choose the continued existence of their club over any pursuit of glory. Ask a fan of almost any EFL club and you would likely get the same answer. Covid-19 is ultimately a smokescreen, its repercussions not so much causing Derby’s problems as pulling back the veil and exposing them. It is hoped that the brinkmanship of the few will not rob the many of one of English football’s historic institutions.