Football
News
We asked you, our loyal readers, who will be the next team outside City and Liverpool to win the Premier League
Joey Mills
17:02, 02 May 2022

We asked and you delivered. The Sportsman Twitter and Facebook pages posed the question; who will be the next team outside of Liverpool and Manchester City to win the Premier League title? With Jurgen Klopp signing a two-year contract extension at Anfield, and Pep Guardiola possibly about to follow suit, it looks like the duopoly is set to continue for a little while longer. But no two teams can win the league forever, so we asked our loyal readers who would be next. The responses we received were fascinating.

The Twitter experiment took the form of a poll, with the other traditional big-sixers involved. Chelsea led the way, with over half of all respondents picking Thomas Tuchel’s men to break the City-Liverpool dominance. 50.6% of our electorate picked Chelsea from a field that also included Arsenal, Manchester United and Tottenham Hotspur. Arsenal pipped United by just 0.4%, taking home 19.9% to the Old Trafford club’s 19.5%. It is a testament to the way the Gunners have slowly become a cohesive side under Mikel Arteta. Equally, it is an indictment of just how far the floundering United have fallen.

Tottenham were pulling up the rear, despite being the only club of the four to boast a manager who has won the Premier League title before. A reputation of squandering trophy opportunities, such as when they ceded the league to Leicester City in the 2015-16 season, appears to have stuck with our voters.

The nature of Twitter polls means we could only accommodate four options. Our Facebook followers helped fill in the blanks by offering several write-in options. Newly-monied Newcastle United were popular, with one follower offering, “Replace United with West Ham or Newcastle as they are closer to the title”. Another expanded further, hailing Eddie Howe’s side as “Brilliant” and arguing they could challenge “next season if they strengthen with the right players”. 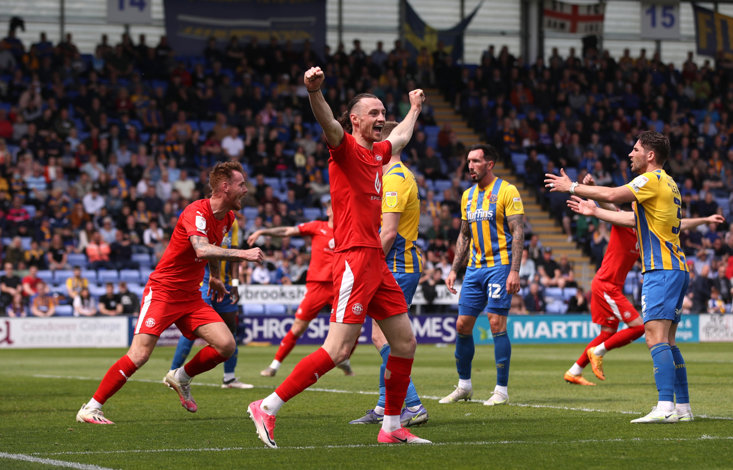 one of you thinks wigan athletic are future premier league champions

One chap perhaps needs a refresher on how relegation works, suggesting “Norwich are going to win the Premier League next year”. An over-excited Latic suggested “Wigan!!” with the eagerness of a man who has probably just got home from celebrating his club’s promotion on Saturday.

In amongst those more humorous answers, there was some astute analysis to be found. One sensible sort said, “Chelsea are the closest, they can compete with those two (City and Liverpool) in games between them, but don’t have the consistency over a season to win the league yet”. There were also several willing to stick up for Manchester United albeit in rather tongue-in-cheek terms. “Man United, they can’t be any worse than this year”. Quite.

Perhaps most strikingly, most across the two social platforms seem to think it will be a long time before we see anyone challenge the vastly superior Manchester City and Liverpool. The idea of Spurs or United coming close was laughed off while Arsenal are seen as a work in progress. Only Chelsea, the reigning European champions, seem to have shown enough quality to make people believe they can challenge. It seems apt to point out that they were also the last team outside of City and Liverpool to win the title.

The fact Newcastle came up so often suggests that most see vast wealth and relentless spending as the only way to unseat the top two sides. It’s quite a sad state of affairs, when the gap between the best and the rest has gotten so big that even giants like United and Chelsea’s chances pale in comparison to a club that is one mammoth cash injection removed from relegation.

It is to be hoped that some of the more ambitious predictions do come true. While nobody can dispute how brilliant Guardiola and Klopp’s sides have been in their two-horse race for the last few years, variety is the spice of life. Surely it can’t be too much longer until we see another club lift the famous trophy. According to you lot, it might even be Wigan Athletic.