Boxing
News
The former heavyweight champion will have plenty of takers for his next fight
Joey Mills
17:05, 10 Mar 2022

Anthony Joshua’s rematch with WBA, IBF and WBO heavyweight champion Oleksandr Usyk looks unlikely to happen in the foreseeable future. Completely understandably, Usyk’s active participation in the defence of his country, Ukraine, seems set to keep him out of the ring indefinitely. This is a tremendous act of valour from the champion, and it is to be hoped the sanctioning bodies do the honourable thing and keep their titles on him. But this does leave Anthony Joshua at a loose end. ‘AJ’ is expected to take an interim fight, rather than wait for Usyk’s availability.

There are plenty of opponents who would be ready, willing and able to tangle with the two-time heavyweight champion. Let’s take a look at the options available to Joshua, and the benefits and pitfalls of each.

Joshua could take a leaf out of Tyson Fury’s book and fight a fellow Brit. Joe Joyce has shown interest in the match on Twitter, and a battle between the two Olympians would sell a lot of tickets. It would provide a grand return for ‘AJ’, and he is far more experienced in world class company than ‘Juggernaut’. On the flipside, Joyce is in possession of an awkward ring style that is tough to look good against. This would be a commercially viable path, but a stylistically risky one.

Derek Chisora brings name value and excitement, but not much of a challenge at this stage in their respective careers. The pair would probably sell-out an arena, but Joshua would have little to gain and everything to lose in terms of reputation. A victory over Chisora, who has lost his last three fights, would do little to impress a demanding public. A defeat to him would be catastrophic.

Daniel Dubois would be a natural fit for this fight, and a clash of two power-punches is always a treat. However, the WBA has ordered purse bids for ‘Dynamite’ to meet their ‘regular’ heavyweight champion, Trevor Bryan. An opportunity to win a title, however spurious, is probably more appealing to Dubois at this stage than approaching an ‘AJ’ fight as an underdog.

Deontay Wilder vs Anthony Joshua has box office smash written all over it. If ever a fight did not need a world title at stake to headline a pay-per-view, it is this clash of knockout specialists.

Both men have circled the idea in the past, with ‘AJ’ even bringing it up on Twitter this week. It would require an almighty turnaround from Wilder, who has teased retirement since losing his third fight with Fury. But if anything is likely to get the former WBC heavyweight champion back, it is surely the promise of a massive payday in a headline fight.

With Fury otherwise engaged, this is by far the riskiest proposition out there for Joshua. At the same time, a victory here would propel him back to the very top of the division. 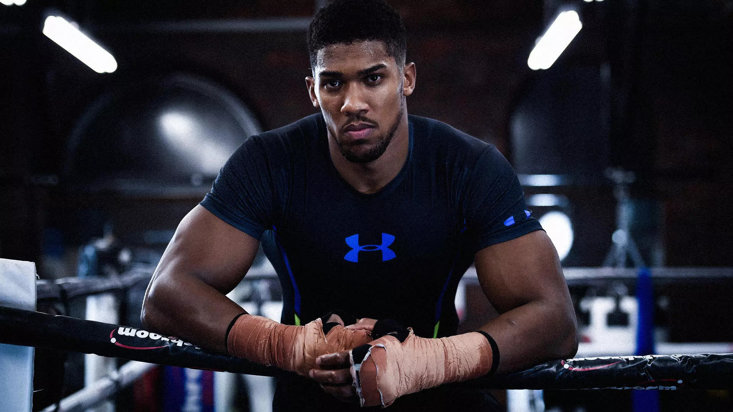 The second phase of Anthony Joshua’s career truly began when he was stopped by Andy Ruiz Jr in their June 2019 shocker. ‘AJ’ came into that fight with a flawless 22-0 professional record and three quarters of the world crown. He left a vulnerable fighter, and it’s a reputation he has never quite been able to shake.

Their rematch saw Joshua’s belts returned, but not his aura of invincibility. It was an almost punch-perfect display of poise and defensive acumen that saw ‘AJ’ triumph via decision in the rematch. But the display lacked the aggression and explosiveness that made him a household name.

A trilogy fight could change that. The narrative is strong, with the men having one win apiece. Ruiz Jr is an opponent Joshua knows he can beat, and one that he will get credit for if he wins via knockout.

Otto Wallin has been mentioned in conjunction with big fights since his losing effort to Fury in 2019. ‘AJ’ would provide a true test of whether there is more to the decent fighter we saw that night.

Filip Hrgovic would be a terrible choice on Joshua’s part, but the unbeaten Croat would make for a fan-friendly shootout. Luis Ortiz would provide another entertaining night, and probably a less risky one. The big Cuban is rarely in bad fights, but Wilder showed he can be got at.

There is also the chance Joshua takes a tune-up against a fighter far further down the pecking order than those mentioned. While it would be disappointing to see ‘AJ’ face a journeyman type, perhaps that is the sort of bout he feels like he needs coming off a second career loss.

The one thing that is clear is that ‘AJ’ is unlikely to struggle for opposition. The division is deep with talent at all levels, whether they be ex-champions, dangerous contenders or fading names that might look good on a record. All that is left for the 32-year-old is to pick his poison.